Rahm steals spotlight from Tiger yet again, at Farmers 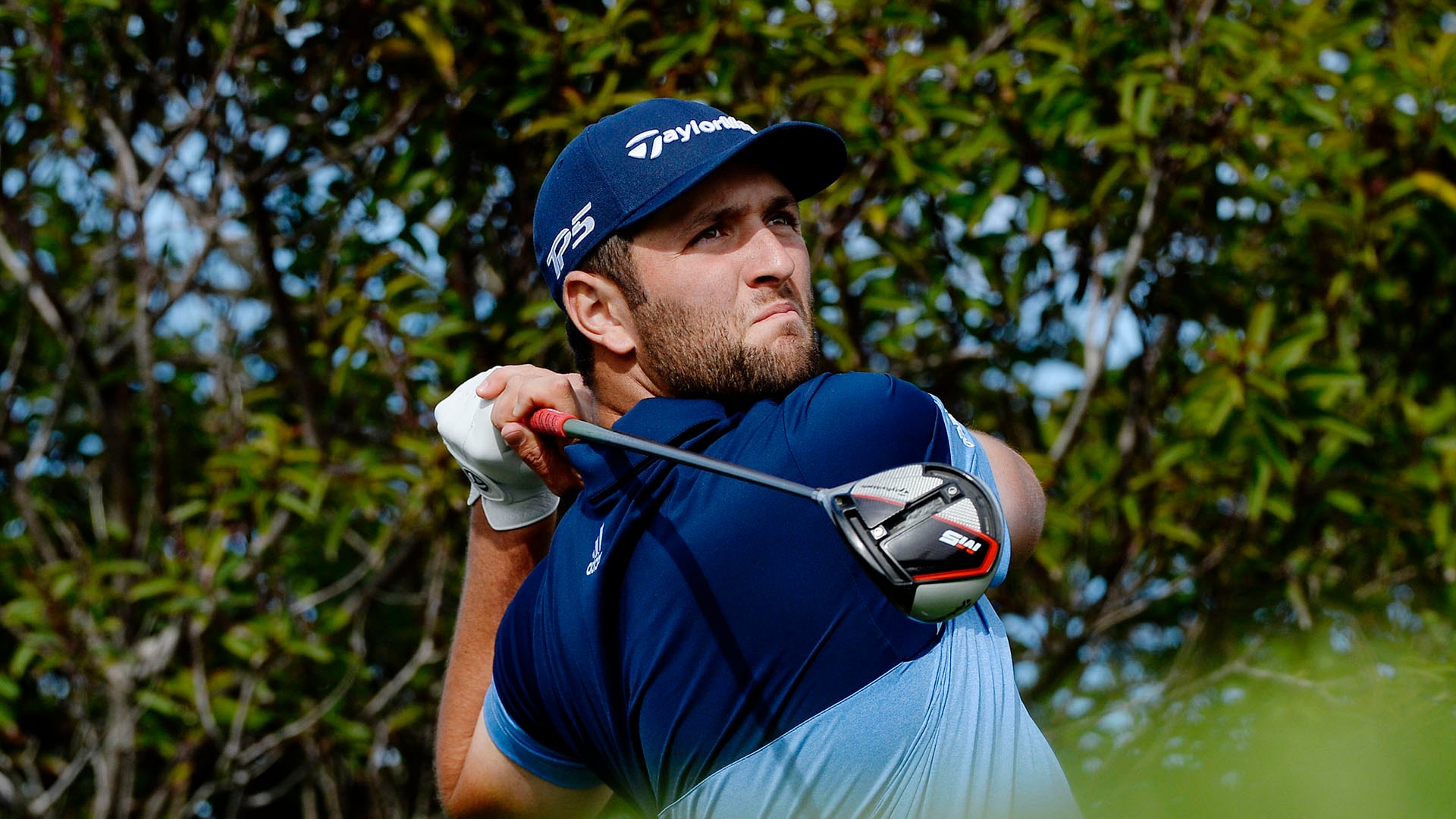 SAN DIEGO — All the attention was on Tiger Woods and his 2019 debut. Just like the last two occasions, Jon Rahm delivered the best performance.

In ideal conditions even by San Diego standards, Rahm opened with an eagle and kept going lower until he had a 10-under 62 on the North course at Torrey Pines, giving him a one-shot lead over Justin Rose after the opening round Thursday at the Farmers Insurance Open.

“You play the South on the first day, you’re trying to survive,” Rahm said. “On the North, you’ve got to start under par to keep up. I kept the pedal down.”

Woods was on the tougher South course, where he won his last major, the 2008 U.S. Open. He made three birdies on the back nine for a 70, which he thought could have been lower but found acceptable given that it was his first competition in nearly two months.

“I probably could have shot something around 68 or 67 today pretty easily,” Woods said. “I hit a lot of good putts that were around the hole that just didn’t quite fall in. Overall, shooting a couple under par on the South course is not so bad, but now I’m forced to have to shoot a low one tomorrow just like most of the field did over there today.”

Rahm’s highlight last year was beating Woods on Sunday in the Ryder Cup during a European victory in France. He ended the year by closing with a 65 to win Woods’ holiday tournament in the Bahamas.

They were on opposite ends of Torrey Pines, and the Spaniard made the most of being on the North course, which is 440 yards shorter and played just over two shots easier on average. He made two eagles on the back nine to go out in 29, and his only regret was missing a 7-foot birdie putt on his final hole that would have tied the North course record set 12 years ago by Brandt Snedeker, who was in his group.

“I don’t think you ever tee up on any course at Torrey Pines expecting to shoot 10-under par,” said Rahm, who won at Torrey two years ago for his first PGA Tour title.

Rose played in the group behind him, also opened with an eagle and did his best to keep up. He played bogey-free for a 63 and finished with a birdie. He played in the same group as Jordan Spieth (65) and Billy Horschel (66), a group that combined for 21 birdies and two eagles, a better-ball score of 59.

“They told us our combined group was the lowest,” Spieth said. “I’m glad, because if there were lower than that, it means everybody went low.”

Charles Howell III and Brandon Nagy had the lowest scores on the South at 66, and Nagy did that with three bogeys on his card.

“You don’t see many days when you don’t have any wind,” Howell said. “The scores were a lot lower than I thought they would be.”

Ninety-seven players in the 156-man field broke par. Even more unusual was that no one shot worse than 77.

Most of that was the ideal weather, and while the North is a little tougher than it used to be, the new greens from the Tom Weiskopf redo have settled in and were much easier to hold. Add to that a collection of shorter par 4s, and there was no shortage of birdies.

Rahm led the way in what he calls his special place.

This is where he won for the first time on the PGA Tour, when he holed a 60-foot eagle putt on the 18th hole. He loves Torrey Pines so much that this was the only tournament where he tried Monday qualifying while at Arizona State (he missed). And this is where he proposed to his girlfriend, Kelley Cahill, on the hiking trails around Torrey.

“So there’s a lot of reasons for me to be happy every time I come here, no matter how I play,” Rahm said.

He had plenty of reason to smile after a 62, matching his low round in his short career on the PGA Tour.

Rahm made his only bogey on the tough par-3 third, and he was in trouble in the rough on the next hole until escaping with par. He responded with four straight birdies, and was just short of the green on the par-5 ninth when his pitch ran out 7 feet past the hole and his birdie putt to tie the course record caught the left lip.

And now it’s onto the South course for Rahm, Rose, Spieth and the rest.

“It’s nice to get the North out of the way, shoot a good score, just what you have to do,” Rose said.

Woods and Rory McIlroy, who opened with a 71, move over to the North.

“It seems like everybody over on the North course shot low numbers, and obviously it’s playing a little bit easier than we’ve had the last couple of years over there,” Woods said. “After the changes, those greens have been usually extremely firm and difficult to get the ball close. If that many guys shot that many under par, it might be a different story.” 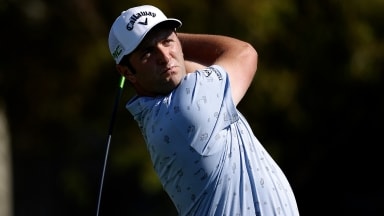 Rahm would leave Masters for birth of child

Jon Rahm said there's no way he won't be present for the birth of his first child, even if it meant missing the Masters.