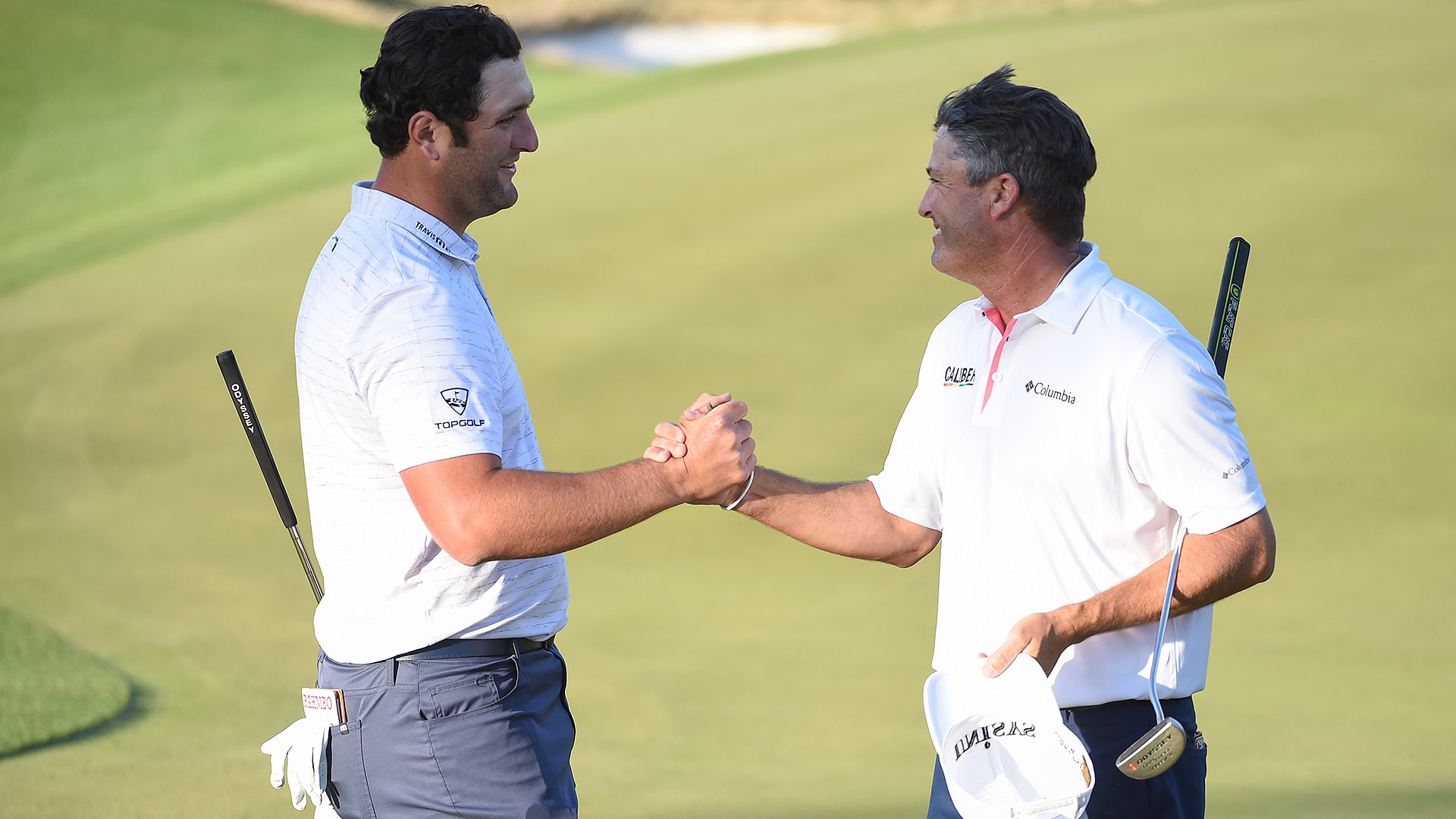 AUSTIN, Texas – Most players will point to a long putt or crucial shot when asked to identify a turning point in a match. For Jon Rahm, the turning point on Friday at the WGC-Dell Technologies Match Play was a 300-plus-yard venting to clear his head.

Trailing Ryan Palmer by a hole through 13 holes, Rahm pulled his drive at No. 14 into a water hazard. He used the next few minutes to clear his head.

“I told [caddie Adam Hayes], he acted as a therapist there, I'm going to get all my frustrations out from here to the green, all of them out,” Rahm said. “For about 300 yards I basically got everything out, got every possible excuse I can think of out, every ounce of negative thought out of me, finished the hole, and played the last four holes of the regular round as good as I thought I could.”

The venting seemed to work with Rahm making birdie at his next two holes on his way to a tie with Palmer, whom he eventually defeated on the second extra hole to advance to the Sweet 16.

“Think about the shots I hit. That tee shot on 15 was key to put in the fairway because having enough spin to that ball, just need to land it somewhere on line and it's going to go close,” he said. “Then the two shots to get into 16, home on two, the shot on the par 3, 17, was great. The drive and the chip on 18 were all good. Everything else I played great golf, and even the way I finished it.”