Rahm wins Tiger's event after getting putting advice from Tiger 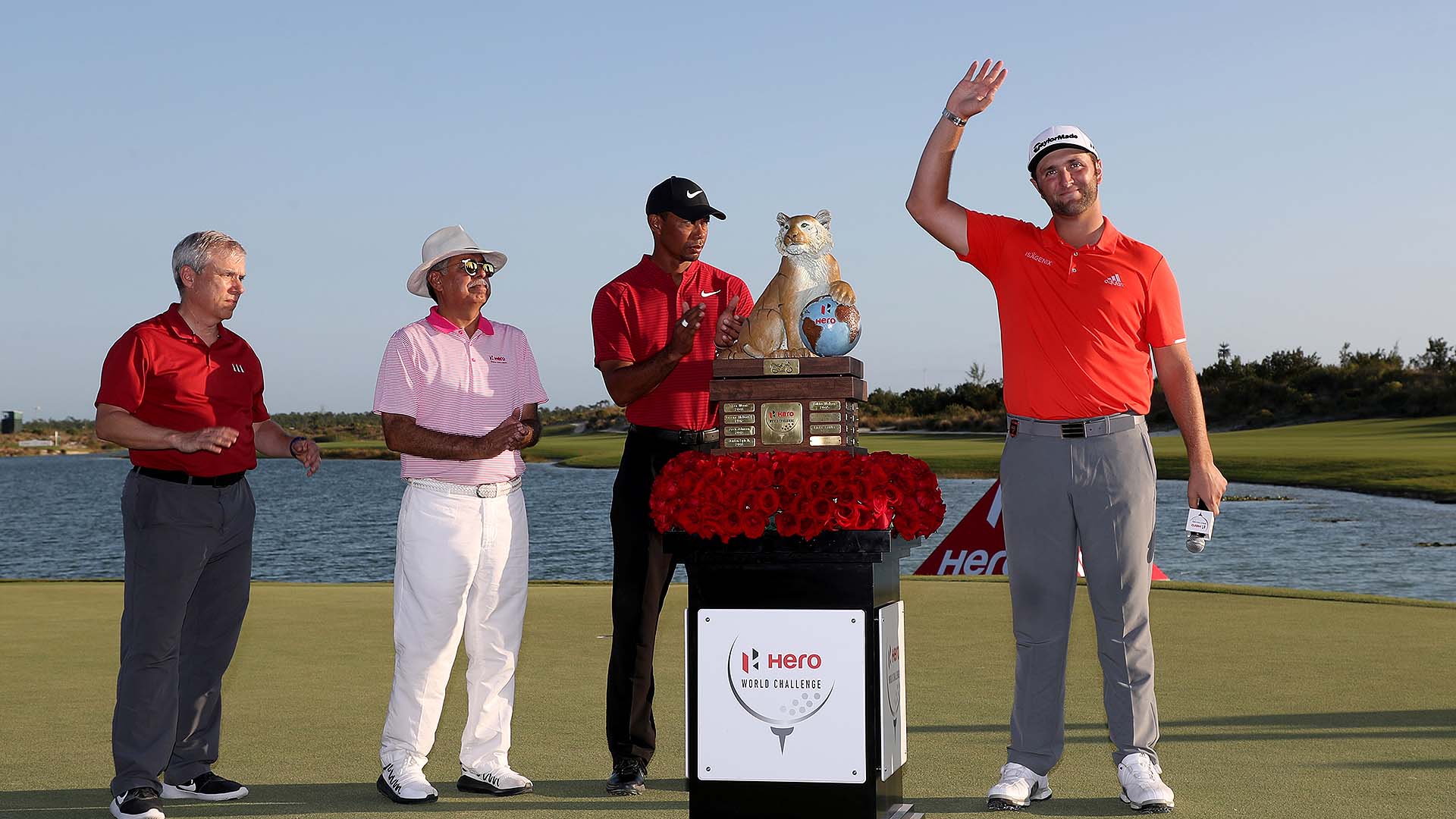 NASSAU, Bahamas – Jon Rahm grew up idolizing Tiger Woods, so earlier this fall during the Tour Championship he made the most of an opportunity.

“He was putting next to me and I asked him, because I'm not the best putter on Bermuda grass and I know it's kind of funny to say that now,” Rahm said. “I said, ‘Hey, Tiger can you please teach me how to putt on Bermuda?’”

Woods laughed and offered some passing advice, “He told me it’s all about feel,” Rahm recalled.

The episode wasn’t lost on either Woods or Rahm on Sunday at the Hero World Challenge, where the Spaniard rolled to a four-shot victory at Albany, which has Bermuda grass greens.

“[Woods] was like, ‘That's a pretty good performance for somebody who can't putt on Bermuda greens,’” said Rahm, who was given the trophy by the tournament host.

Rahm, however, dismissed his putting at Albany, although he needed just 110 putts and ranked eighth in the field on the greens, and instead credited his ball-striking for the victory.

“I did tell him, ‘My man, you should look at my stats because it was all ball-striking,’’ Rahm said. “I think I made one putt outside 10 feet, and I didn't miss a shot the last three days, it's as simple as that. But I don't think he believed me really.”