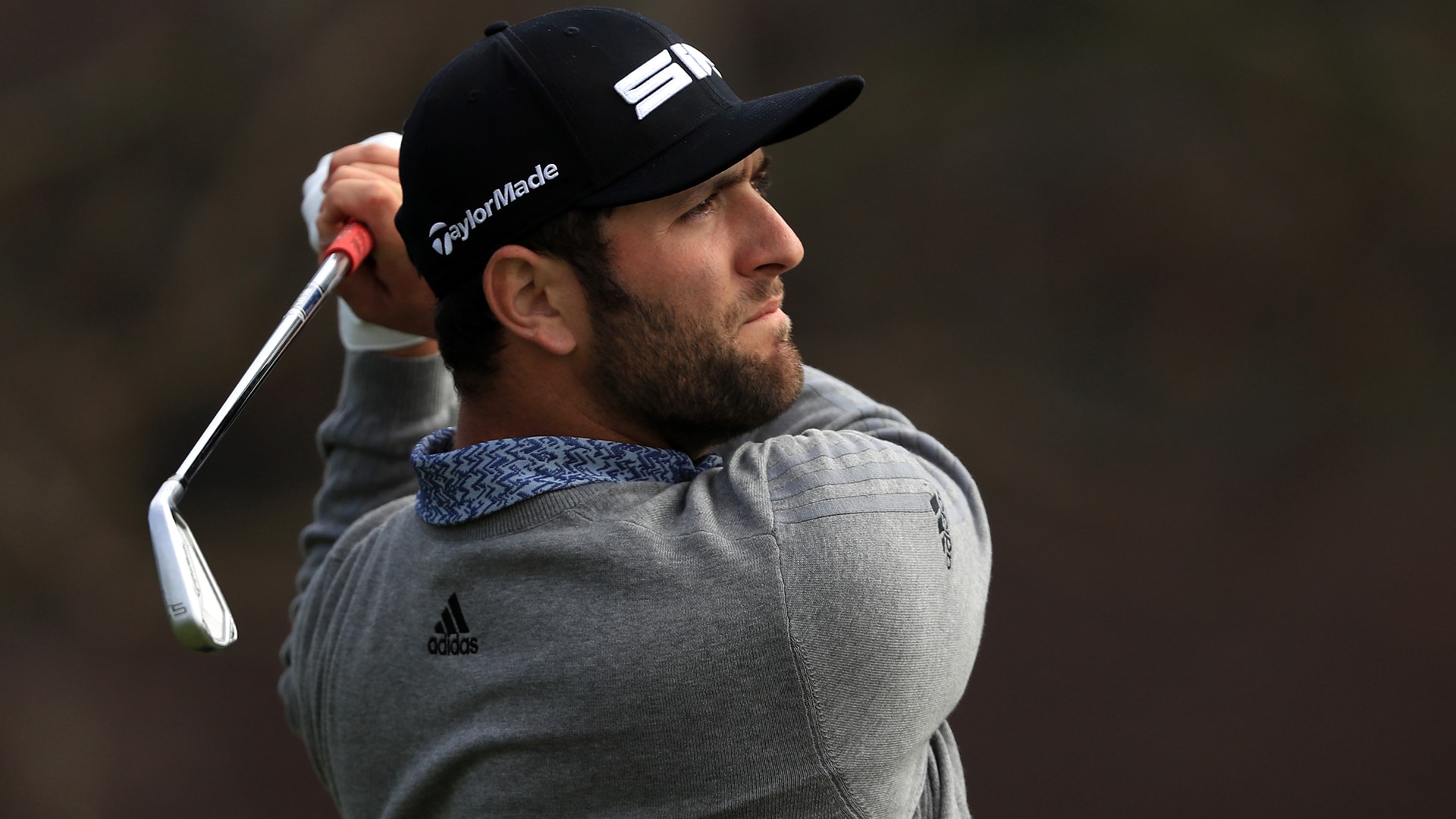 SAN DIEGO – Jon Rahm is no stranger to low rounds on the South Course at Torrey Pines, but his start Saturday at the Farmers Insurance Open exceeded his own lofty expectations.

It began early for the Spaniard after he missed the green at the par-4 first hole. From the rough left of the green he chipped in for birdie to move to 6 under.

“Honestly, the most straightforward chip shot I could have, I just had to get on the green and release down and that's what I did,” he explained.

Things got even better on the second hole when his approach shot from 111 yards trundled into the hole for an eagle.

“There was a bit of a gust so I hit a draw with a 56 [degree wedge], landed about 4 feet short, skipped up and landed in the hole,” he said.

Rahm, who closed with a 65 in 2017 to win the Farmers Insurance Open that included a 6 under closing nine, was bogey-free Saturday at Torrey Pines and added four more birdies for a 7-under 65 and the third-round lead at 12 under.