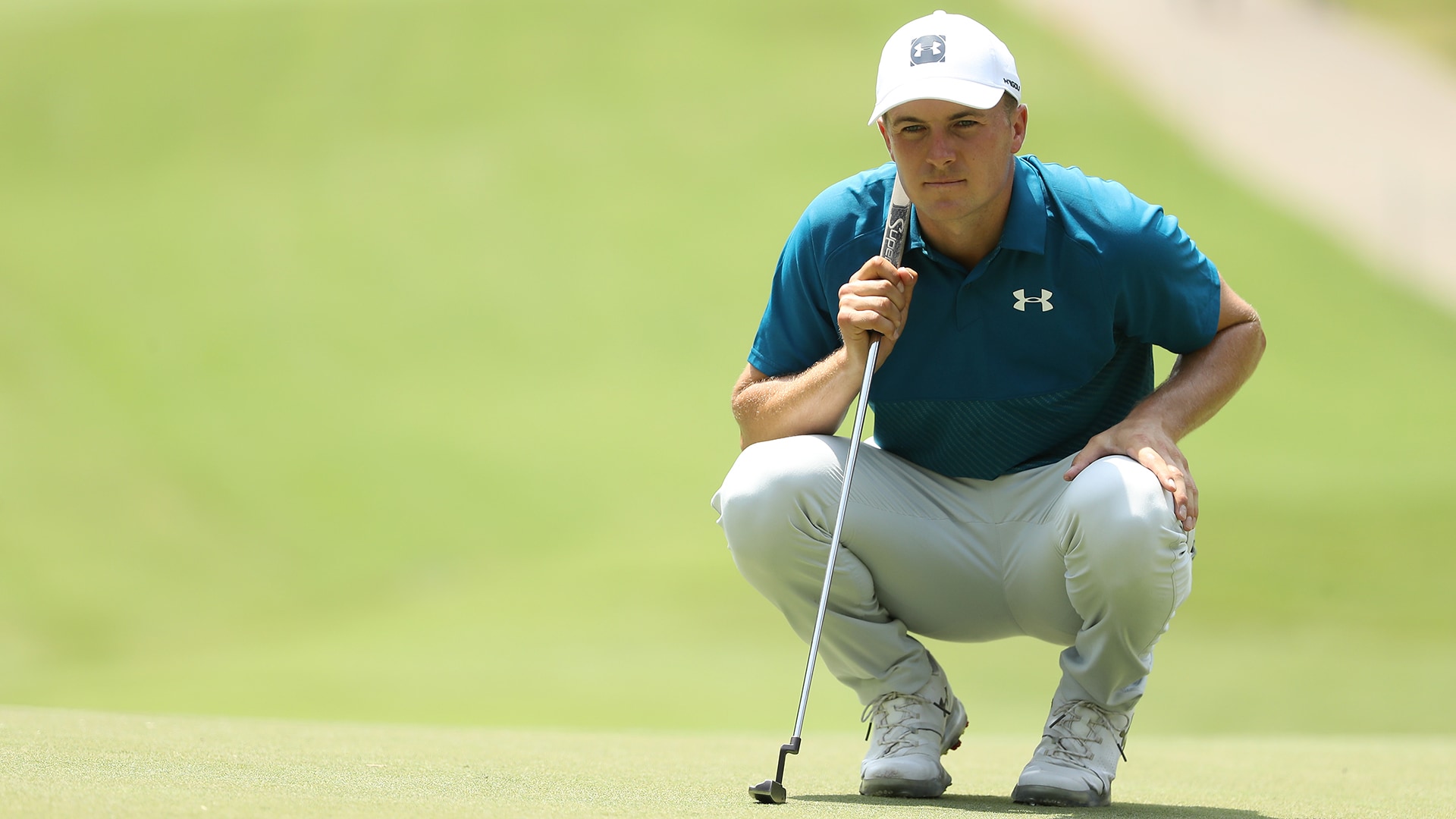 GREENSBORO, N.C. – After closing out a more-than-respectable 65 to open the Wyndham Championship, Paul Casey flashed a wide grin while reflecting on the effort of his playing partner.

Jordan would be Jordan Spieth, who ended a six-year hiatus at Sedgefield Country Club by picking up right where he left off during a memorable playoff loss to Patrick Reed in 2013. Spieth leaned on a red-hot putter en route to a 6-under 64, an effort that left him two shots off the early lead and, surprisingly, was highlighted by a pair of impressive bogeys.

The first such score came on the par-3 12th, where Spieth flared an iron into an awkward lie above a bunker and needed to sink a 15-footer to avoid a double. Then on the par-4 18th, his tee shot sailed out of bounds down the right side, but a re-tee led to a 21-foot make from the fringe for a round-saving bogey that brought the Greensboro crowds to their feet.

“That birdie with the second ball is nice,” Spieth said. “I look at the card, and I don’t really think of it as an out-of-bounds ball. I just feel like I actually stole something coming in, so hopefully that’s momentum for tomorrow.”

Spieth needed only 23 putts to complete his round, making every single putt he faced from 19 feet and closer. It’s the sort of performance that harkens back memories of his major tear in 2015, or his 2017 campaign that saw him lift the claret jug.

But Spieth’s putting this season is actually better statistically than it was four years ago, and it’s almost up to his career best from 2016 – this amid a season that has produced only one top-5 finish. It’s been a remarkable bounce back on the greens for Spieth, who ranked 123rd last season in strokes gained: putting, and entered this week ranked sixth in the same category.

“That’s a pretty massive turnaround, and I needed it,” Spieth said. “I mean, there were times that I just went to sleep not having any idea what was going on with the putter, knowing that the next day was going to be a struggle on the greens no matter what, just that kind of stuff.”

Of course, the putter alone hasn’t been able to lift Spieth to success this season. He enters the regular season finale at 67th in the points race, undone by too many foul balls like the one he uncorked Thursday on the 18th tee. But having turned his putter around in a matter of months, Spieth remains confident that a similar surge for the other 13 clubs is within reach as he looks to win for the first time in more than two years.

“I know that as I’m climbing out of a similar type of situation on my long game right now, I know that there will be a time when I kind of look back and laugh at it,” he said. “So that helps me stay patient with it, continue the process. There’s certainly some parallels to it.”