Spieth (70) battles back, but catching Thomas 'will be tough' 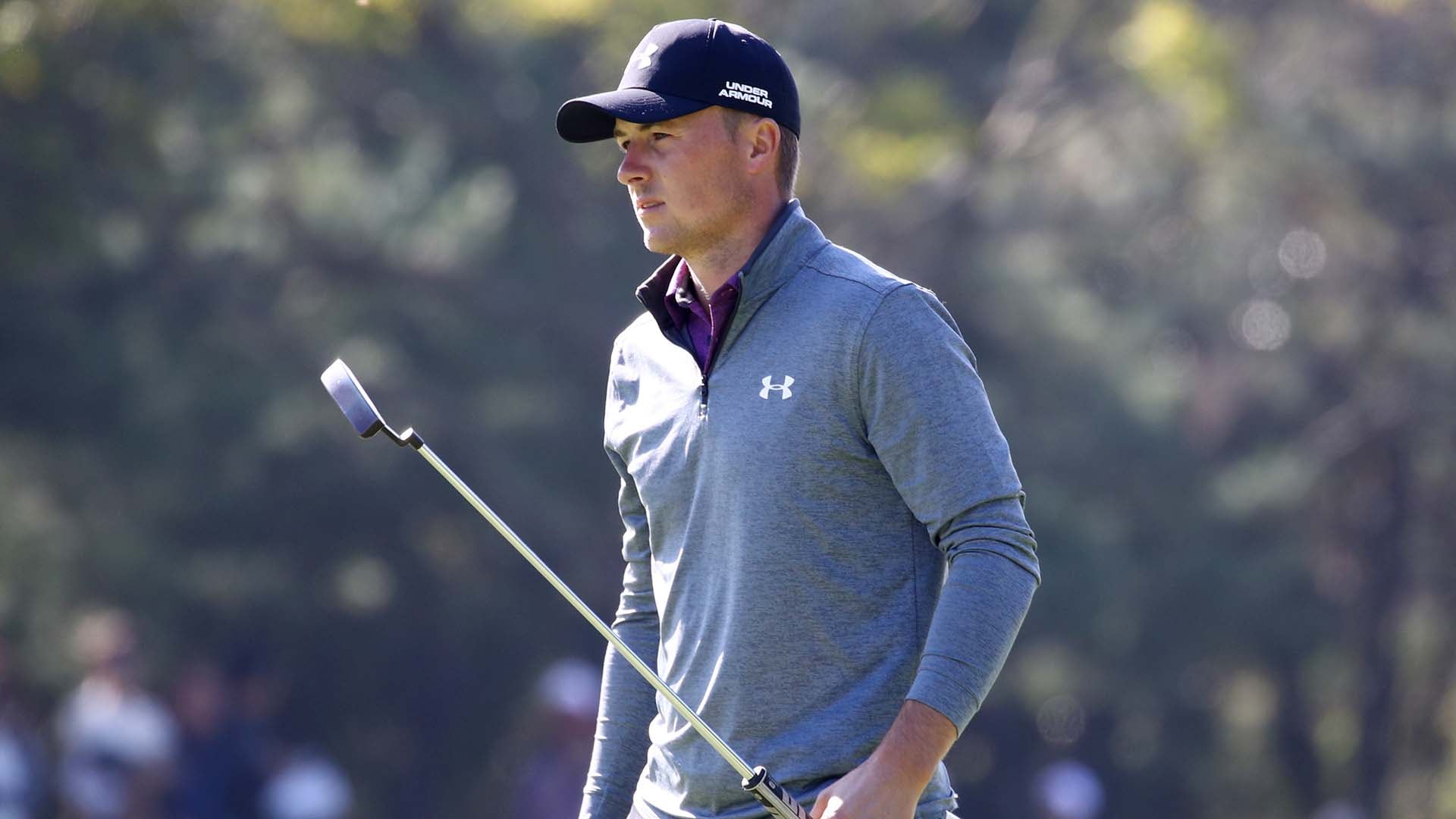 Two holes into his third round Saturday at Nine Bridges, Jordan Spieth was on pace for yet another disappointing weekend round.

Last season, Spieth was abysmal in the latter half of tournaments, ranking 170th in third-round scoring average (71.28) and 187th in final-round scoring average (72.47). Making those stats even more glaring was the fact that Spieth hadn't finished any of the past four seasons ranked worse than 30th in either category. In 2016-17, he ranked second and first, respectively.

But after bogeying each of his first two holes, Spieth clawed back for a 2-under 70 on a day where there weren't a ton of low numbers. At 11 under, Spieth, who is making his season debut this week at the CJ Cup, is tied for fourth, just four shots back of co-leaders Justin Thomas and Danny Lee.

"It was windy, so the goal then on this course is 3 or 4 under, and I bogeyed my first two and parred the par-5 third, so to be 2 over through three, I was losing probably three shots to the field there," Spieth said. "Certainly not an ideal start, so I'm glad about the way I battled."

Spieth bounced back with four birdies in his next 11 holes after the disappointing par on No. 3. While he gave another shot back with a poor approach at the par-4 15th, Spieth delivered the shot of the day at the par-5 18th, a 3-wood from nearly 270 yards to about 15 feet, to set up a closing two-putt birdie.

Still, Spieth lamented his sloppy ballstriking, especially with the wedges.

"I had four wedge opportunities and I didn't hit any of them inside 20 feet and that's unlike me," Spieth said. "That's just kind of like first tournament in a couple months kind of stuff that we'll kind of continue to get cleared up as we go on."

But can he clean it up by Sunday and make a run at his first worldwide victory since the 2017 Open Championship at Royal Birkdale?

"I think it would take something special and JT would probably have to have an off putting day, but he's striping his irons right now and he's probably gained 10 strokes on me on just the iron play this week," Spieth said. "That's been my sloppiness this week. I think with not much wind forecasted, I think he'll be tough to catch. But [I'll try to] go out and shoot a solid round, not look at the scoreboard, just try and go out and post a round like I did yesterday and see what happens."