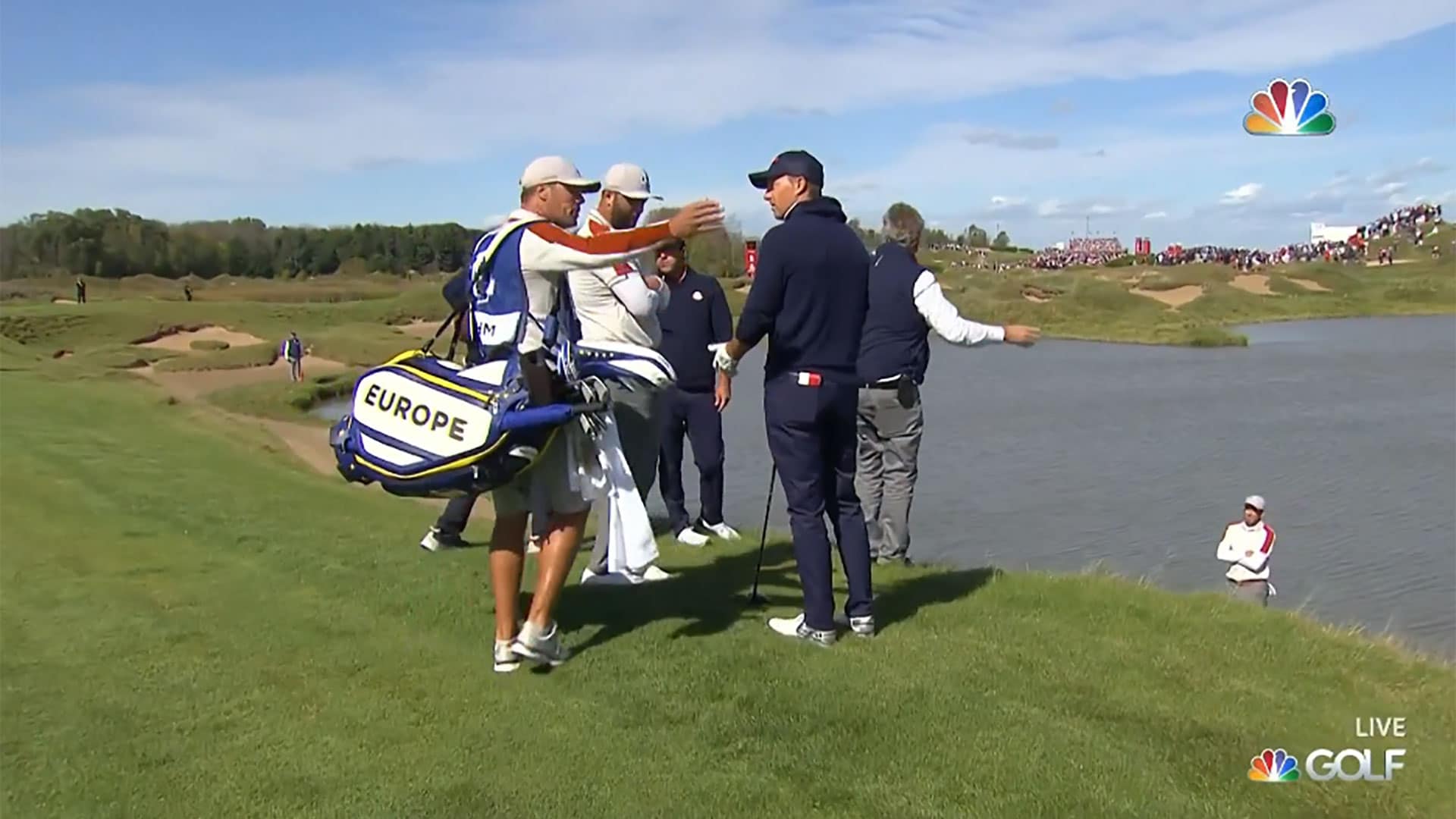 Things are getting chippier at Whistling Straits.

After a day full of non-gimmes and a testy exchange between the American team of Brooks Koepka and Daniel Berger and some rules officials, a dispute over a drop between Jordan Spieth and Jon Rahm's caddie, Adam Hayes, during a Ryder Cup fourballs match added to the growing list of extracurricular excitement.

The incident happened at the par-5 fifth hole, where Rahm drove his tee ball into the water right. While all four players, including Koepka and Sergio Garcia, initially agreed where the ball had cross into the penalty area, by the time Rahm got to the agreed-upon spot, a spotter told Rahm he thought his ball had crossed some 20 yards farther ahead, which would've greatly improved Rahm's chances of reaching the green with his third shot.

However, Spieth quickly took exception, which prompted Hayes to step in to defend his player.

"Adam was quite fired up," said Golf Channel walking reporter Jim "Bones" Mackay, who described the exchange as "animated."

Both Hayes and Spieth went back and forth for about a minute before Rahm eventually agreed to drop farther back. Garcia and Koepka, however, would both birdie to tie the hole and keep the Europeans' 2-up lead as is.

Spieth, Hayes and Rahm were later shown by cameras shaking hands in a potential attempt to sooth things over.