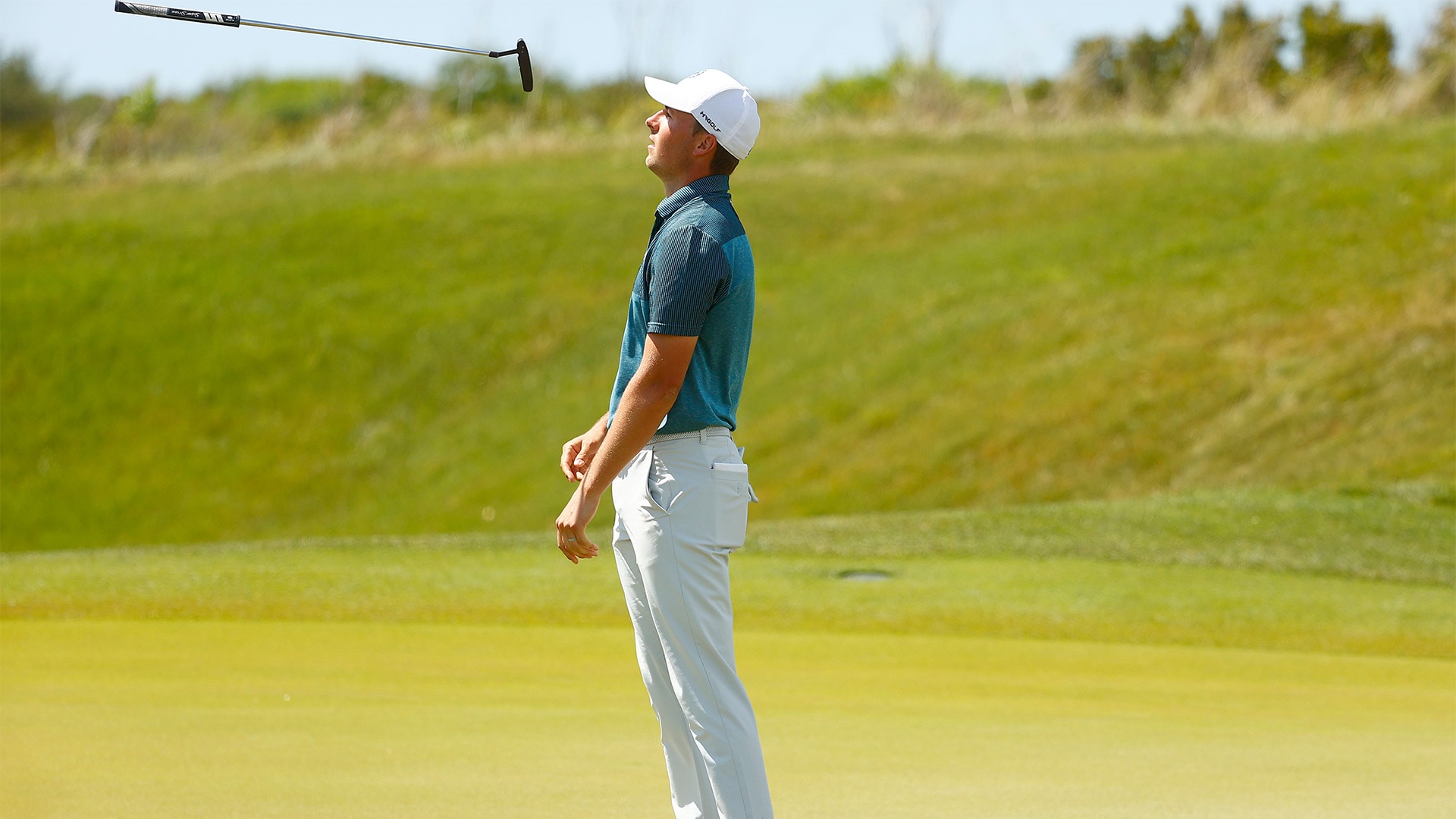 KIAWAH ISLAND, S.C. – Walking up the 18th hole Saturday, 4 under for the day, Jordan Spieth couldn’t help but rue his misses.

“Man,” Spieth said, “this could have been special today.”

That’s been the story of Spieth’s week, as he’ll enter the final round of the PGA Championship back inside the top 25 but with virtually no chance to win and become just the sixth player to capture the career Grand Slam.

When he finished his round, Spieth ranked second in the field in strokes gained: tee to green, gaining more than 10 strokes on the field with his ball-striking. But his work on Kiawah Island’s greens is what cost him this major – he was near the bottom of the field in putting, even after a third-round that saw him need only 23 putts. 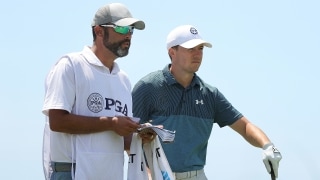 Highlights from Jordan Spieth's third round at the 103rd PGA Championship at Kiawah Island.

“I had four or five with no pace on it or lip out today,” Spieth said. “Obviously had a couple go in, but it felt like one of those really good, 6-, 7-under round that ended up being 4.”

It’s the second week in a row that Spieth has groused about his putting, this after another top-10 (his fourth in a row) at the AT&T Byron Nelson. He described it after his third round here as a “stroke thing,” where he’s trying to get the putter head on the proper path. He wants to “get the putter square early so I can get out in front of it and hold. I always feel good in the left hand when I have hold through the stroke, and when you have to rotate through impact, that’s tough for me left-hand-low.”

“I know exactly what it is,” he added. “I’m just trying to trust it on the course, and it’s difficult. It’s a move just like any kind of swing move where it needs some repetition and it needs trust and it needs a couple results, and all of a sudden I’m pouring it in.”

Spieth’s 68 on Saturday got him back to even par for the championship.

“I hate being over par at a golf course – it’s my biggest pet peeve regardless of when it is in the tournament, and I just hate seeing an over-par score next to my name,” he said. “So it’s nice to be tied with the course with a chance to beat it tomorrow.”

Spieth is playing next week at Colonial (where he won in 2016) and then again at the Memorial before the U.S. Open at Torrey Pines.