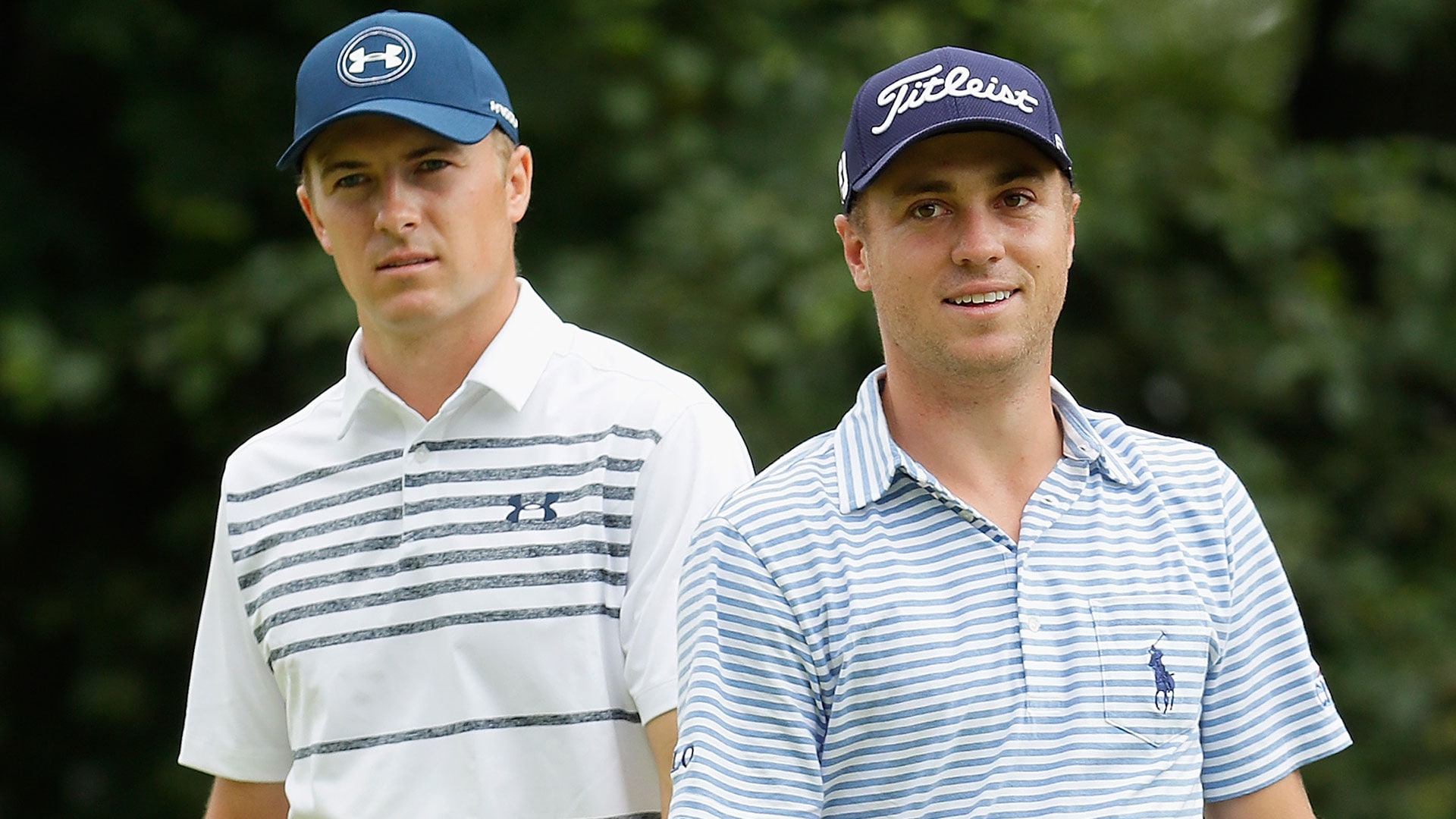 SCOTTSDALE, Ariz. - When the Waste Management Phoenix Open gets underway Thursday, there will be more than one familiar grouping featuring some of the game's biggest stars. Here's a look at a few marquee, early-round groupings to keep an eye on at TPC Scottsdale (all times ET):

This trio showcases some creativity from tournament officials, as it pits the two-time defending champ alongside the two men he has ousted in playoffs each of the last two years. Matsuyama is looking to become the first player to win the same PGA Tour event three times in a row since Steve Stricker at the John Deere Classic from 2009-11, while Fowler hopes to bounce back from a missed cut at Torrey Pines and Simpson looks for his sixth straight top-15 at this event.

This is the first of two featured groups that includes a friendly duo, as Rahm and Mickelson have plenty of ties. In addition to sharing a management group, Rahm's former coach and one-time agent happens to be Tim Mickelson, who now loops full-time for his brother. Expect plenty of raucous support for two former standouts at nearby Arizona State, especially Mickelson as he makes his 29th tournament appearance.

Watson has come close to winning this event, finishing second in both 2014 and 2015, but he now returns in search of a spark and outside the top 100 in the latest world rankings. He'll play the first two rounds alongside Kuchar, who is making his first Tour start of the new year after a T-32 finish in Abu Dhabi, and Hoffman, a runner-up in 2009 who is making his 12th straight start in this event.

Spieth and Thomas, together again. This is the fifth time in the last six official Tour events in which both men teed it up that they've started the week in the same group: they played the first two rounds together at each of the four playoff events, plus the first round at the Sentry Tournament of Champions. Joining the two familiar combatants will be Kizzire, the only two-time winner on Tour this season.