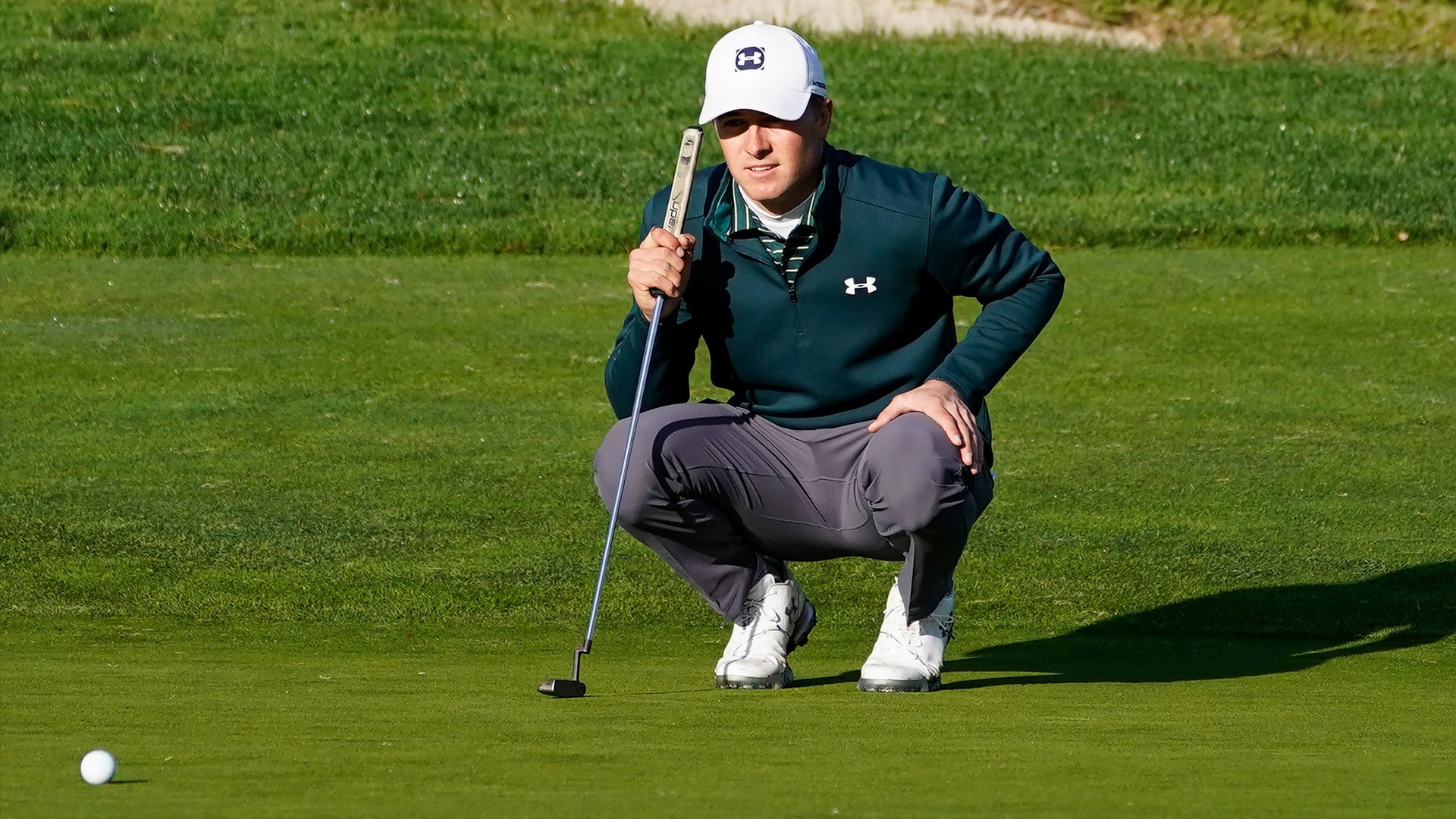 With a 5-under-par 66 start at Monterey Peninsula, he likes where he put himself, just two shots off the lead.

“We're in for a tough one the next couple days,” Spieth said. “It's good to get five birdies. Tomorrow, you can make up a lot of ground with an under-par score, with the weather that's coming in.”

The PGA Tour moved up Friday’s start to 7 a.m. with thunderstorms and a 90 percent chance of rain in the forecast.

While Spieth said he would prefer the benign conditions Thursday presented, he welcomes the challenging weather that is part of trying to win at Pebble Beach. He finds it can help his focus.

“I think it makes me become more feel-oriented, which is better for my game,” Spieth said. “When it's just a dome, it's very technical and I start thinking about how to hit every shot perfect, or straighter, instead of just playing the conditions.”