Jordan Spieth's injury from 2018 lingering; decided to rest this summer 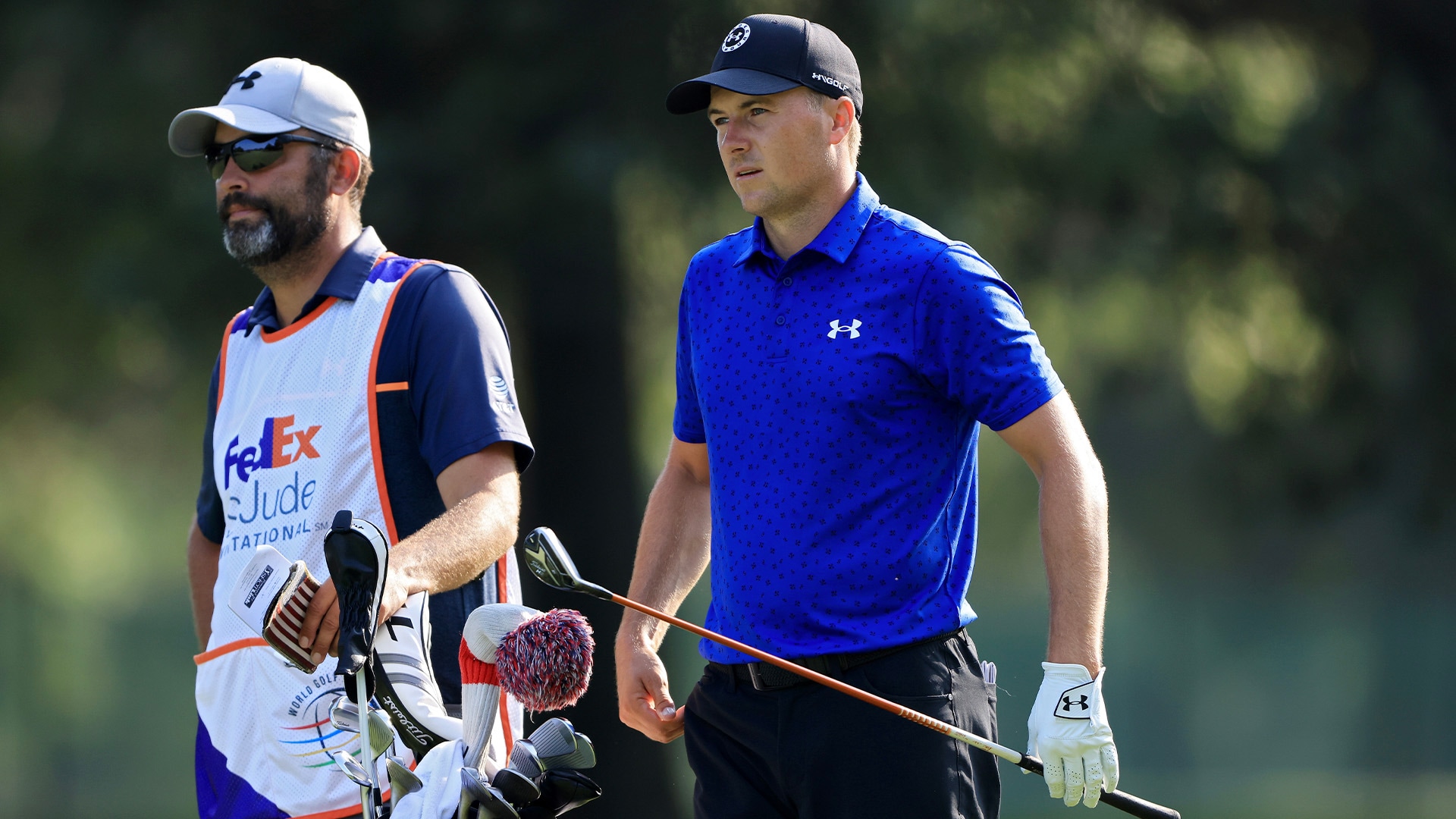 MEMPHIS, Tenn. – The WGC-FedEx St. Jude Invitational is only Jordan Spieth’s second tournament in the past seven weeks, but that wasn’t by design.

Spieth said he’s had to listen to his body rather than sign up for a couple of events that could have further aggravated an old injury. In early 2018, Spieth suffered a bone chip in his left hand and, every once in a while, has dealt with some of the aftereffects that require ice, rest or treatment.

“I’ve just kind of had the same hand thing that’s been an issue before,” Spieth said after his third round at the WGC-FedEx St. Jude Invitational. “It’s really good this week. I’ve had no issues, and I don’t plan on having issues. A couple times here or there, I’ve jammed it a bit, and it was kind of affecting my decision-making on how much golf I wanted to play. I think the rest really helped.”

Spieth has played only once since the U.S. Open in mid-June – that was his runner-up finish at The Open, where he came up just shy of Collin Morikawa. Spieth said he considered signing up for two summer events at which he’s had success, the Travelers (2017 winner) and the John Deere (2015), but decided not to play either tournament. He also thought about entering the 3M Open in Minnesota the week following The Open but opted instead for another week of rest.

So perhaps it wasn’t a complete surprise that Spieth started slowly this week as he worked his way back into a competitive mode. Following rounds of 71-69, he bounced back with a 63 Saturday to climb the leaderboard as he looks for a backdoor top-10, or better.

“I’m actually going to try and hit like half a bucket (of balls), which is rare after shooting a low round,” he said. “But I started to really strike my irons and wedges a little bit better, hit better start lines on them than [in the second round]. I got really off, and I left the day like, Oh, man. What are we going to do the next two days? But I came in with a little more patience today and it worked.” 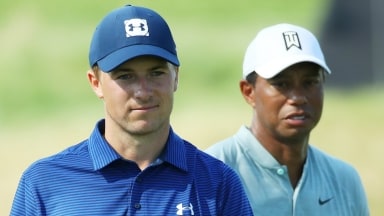 Jordan Spieth is embracing being grouped with Tiger Woods and Rory McIlroy in Rounds 1 and 2 of the PGA Championship. 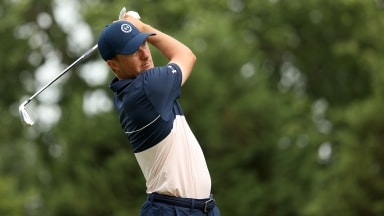 Jordan Spieth also said if he "was going to win one tournament the rest of my life, I'd say I want to win this one, given where things are."