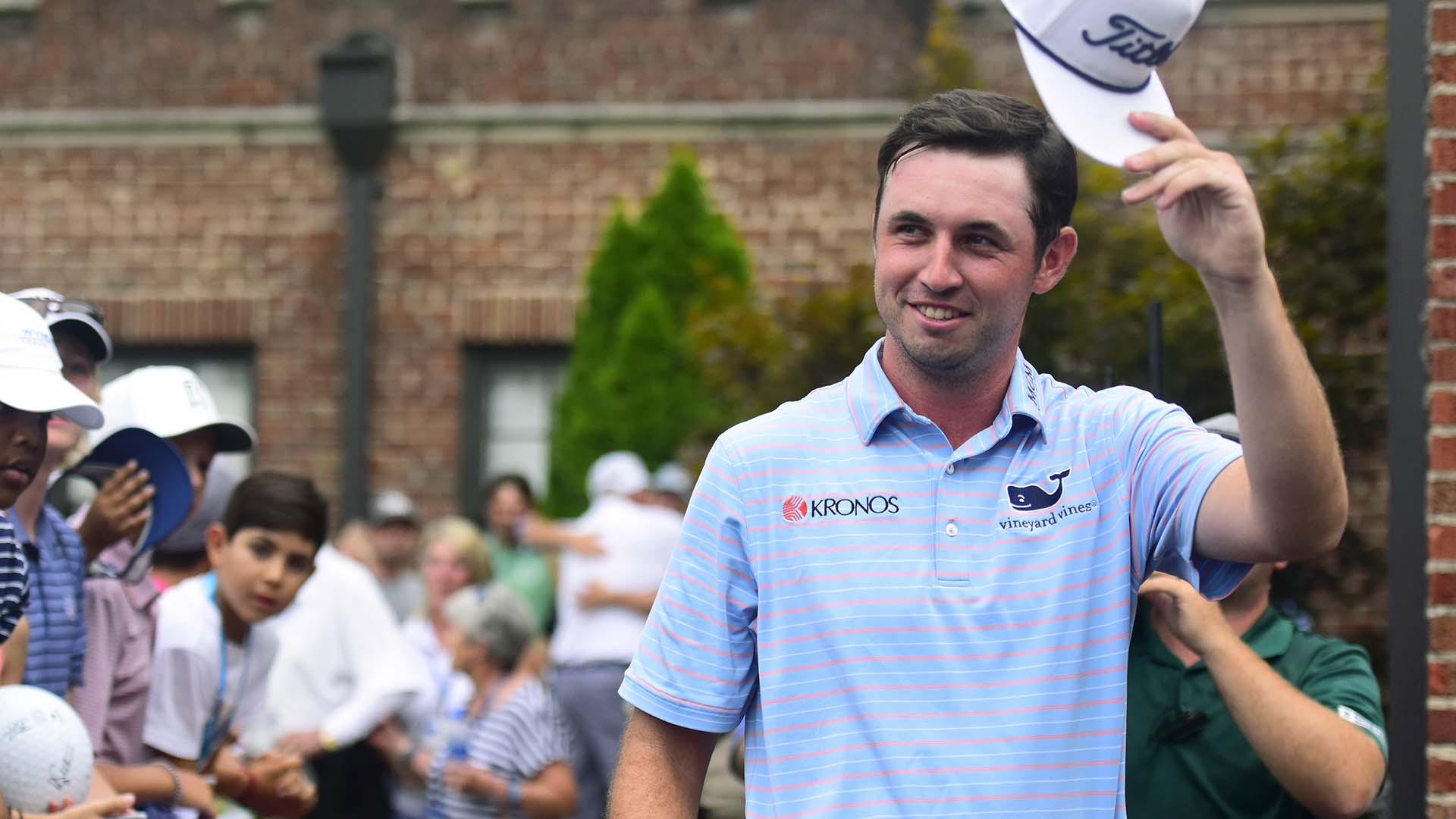 Poston completed 72 holes at Sedgefield Country Club without dropping a single shot, as his 22-under total left him one shot clear of Webb Simpson and two ahead of overnight leader Byeong-Hun An. His maiden triumph marked the first time a player won on Tour while going bogey-free for an entire tournament since Lee Trevino at the 1974 Zurich Classic.

“I probably haven’t had that many bogey-free rounds this season, this year, much less back-to-back,” Poston said. “To be able to do four in a row is pretty special, and to be able to finish it off with a 62 Sunday is pretty awesome.”

Poston closed with an 8-under 62, one shot off the lowest score of the week. After starting the final round three shots off the lead, he caught An with three birdies and an eagle over his first eight holes and took sole possession of the lead with a 6-foot birdie on the par-5 15th.

“I know he was nervous. You can’t tell if you watch him, though, and you couldn’t tell from his play,” said caddie Aaron Flener. “He was nails on those little 5-footers coming down the stretch. That’s been where we’ve struggled this year has been short-range putting, and he was awesome this week.”

The 26-year-old grew up less than 100 miles from Sedgefield in Hickory, N.C., and attended Western Carolina University. That meant ample crowd support from the Greensboro galleries as he chased down and passed the tournament leaders while maintaining his blemish-free card.

Poston started the week 83rd in the season-long points race, assured of going to the playoffs. But now he’ll head to The Northern Trust at No. 27, with a Tour Championship berth very much in play and with his first-ever Masters invite already in the mail.

“That’s unbelievable. I mean, the (two-year) exemption, obviously job security’s a good thing, but Augusta, that’s another thing,” Poston said. “That’s something I’ve always dreamt of, playing in that tournament. To know I’m in that field in April, that will be an awesome week. It will be a week I’ll never forget, no matter what happens.”