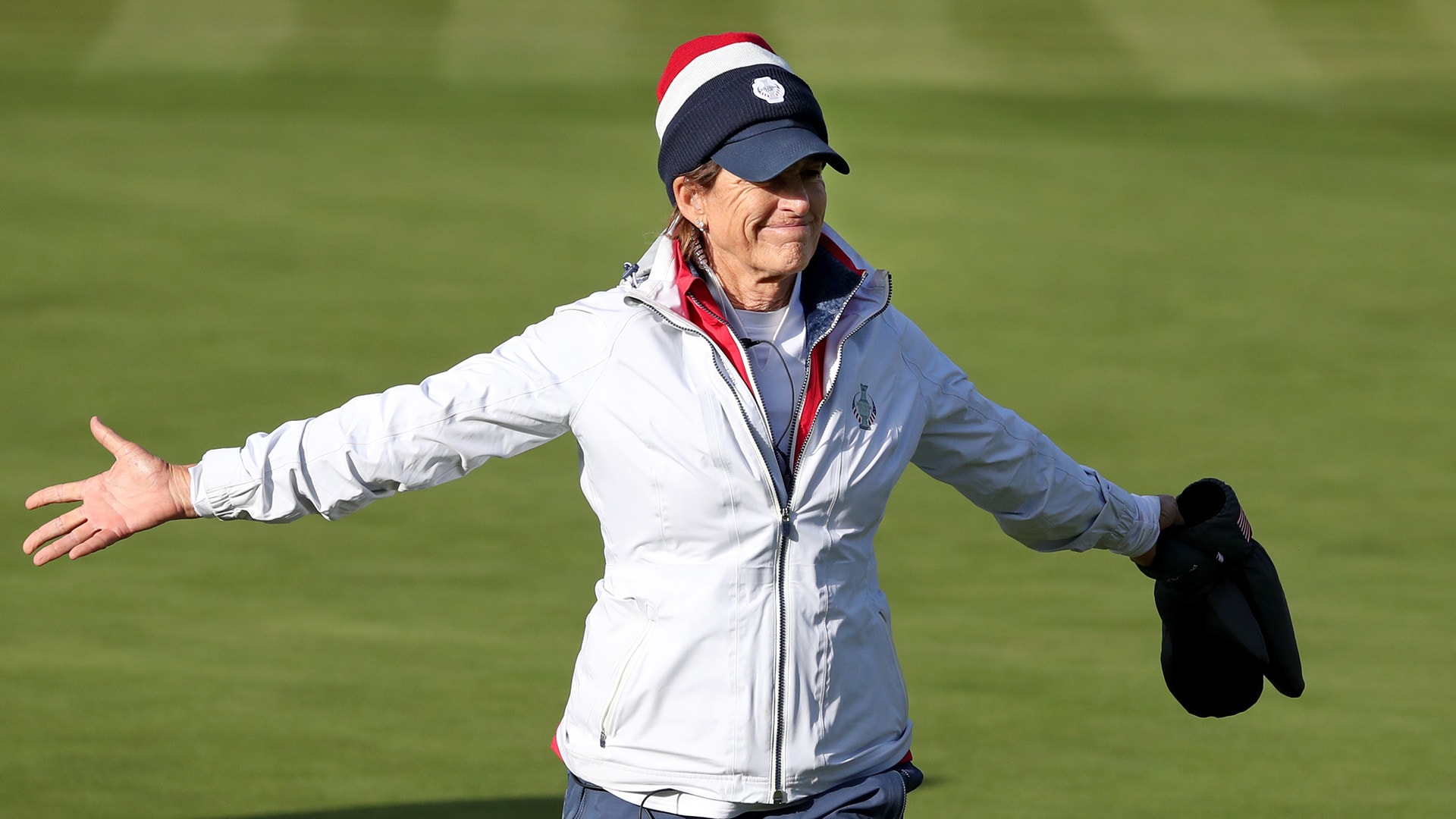 The award, considered the USGA's highest honor and presented annually since 1855, is given to persons who exemplify character, respect and sportsmanship in the game of golf and demonstrates the exemplary personal traits of Jones. Per a USGA release, Inkster was selected, in part, because of her "passionate spirit and the high esteem she continues to garner throughout the game."

“Bob Jones represented the epitome of what the game of golf is all about," Inkster said. "To receive an award named after him, and given by the USGA, that goes beyond recognizing my golf achievements, but recognizes the respect I have for the game and passion for giving back to it, it is an unbelievable honor to receive this award.”

In addition to a sparkling competitive resume worthy of a spot in the World Golf Hall of Fame, Inkster has served as a mentor and counselor to junior golfers while advocating for the women's game as a player, captain an TV analyst. She also helped establish the Juli Inkster Award, which is given annually to the highest-ranked Division-I female golfer who has completed her fourth year of eligibility.

A native of Santa Cruz, California, Inkster is a 45-time winner as a professional, including seven majors. She is a five-time USGA champion (and 43-time participant), having won two U.S. Women's Opens and three U.S. Women's Amateurs, while also being a member of the victorious 1982 U.S. Curtis Cup team. She played college golf at San Jose State and was a three-time All-American, helping lay the groundwork for a dominant decade-plus for the Spartans program.

“Juli exemplifies the true nature of this award in every way,” said Mike Whan, USGA CEO. “The game of golf is better because Juli is in it. She has earned respect throughout her impressive playing journey, beginning with three consecutive U.S. Women’s Amateur wins all the way through her senior career. But more than that, her mentorship to other players has had a tremendous impact on so many. We are very lucky to have her in the USGA family and are thrilled to honor her with this prestigious award.”

The USGA will honor Inkster in a ceremony during U.S. Open week this June in the Boston area.