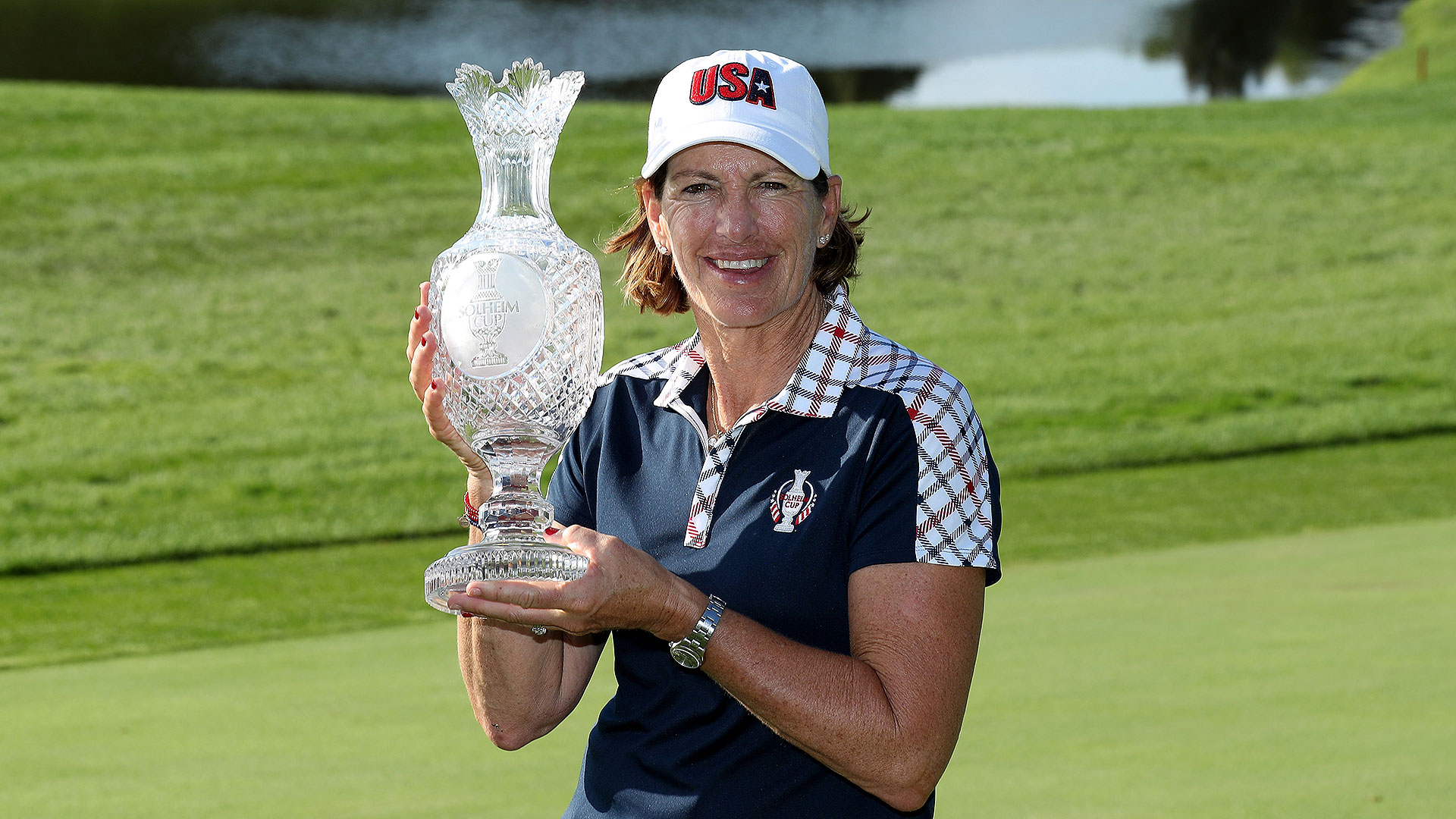 Juli Inkster will make history in Scotland next year.

She will become the first American to captain three Solheim Cup teams.

LPGA commissioner Mike Whan made the announcement Tuesday on Golf Channel’s "Morning Drive," saying that the Solheim Cup committee’s search for a captain quickly focused on getting Inkster back.

“The chemistry is as good as it’s ever been, the results are as good as they’ve ever been,” Whan said. “We have Bill Belichick on Team USA. We have one of the best captains in history.”

Inkster helped turn around a sagging American effort after back-to-back losses, including Europe’s record 18-10 rout on American soil in Colorado in 2013. The Americans were criticized in the wake of that loss for becoming too focused on face paint and individual success.

Top Photos from the 2017 Solheim Cup

“I think we needed to get back to the basics of golf, of playing golf. I just think we were getting away from that. We got lost in what the Solheim Cup was all about. It’s not about face paint. It’s about playing for the red, white and blue and playing golf.”

“I’m sure every girl up here would agree that Juli is a freaking rock star,” Piller said after the American victory last summer. “We look up to her so much, and we cherish every moment we have with her, all the words she gives us, whether it's a kick in the butt or just a hug.”

Inkster, 57, is an LPGA Hall of Famer with 31 LPGA victories, seven of them major championships. She’s also a mother of two daughters who are about the average age of the American players Inkster led in Iowa. All of that has helped Inkster make a strong connection to today’s players.

The Americans will meet Europe at Gleneagles in Scotland in 2019. Scotland’s own Catriona Matthew will lead Europe.