Just win, baby: That's all A. Jutanugarn wants to do 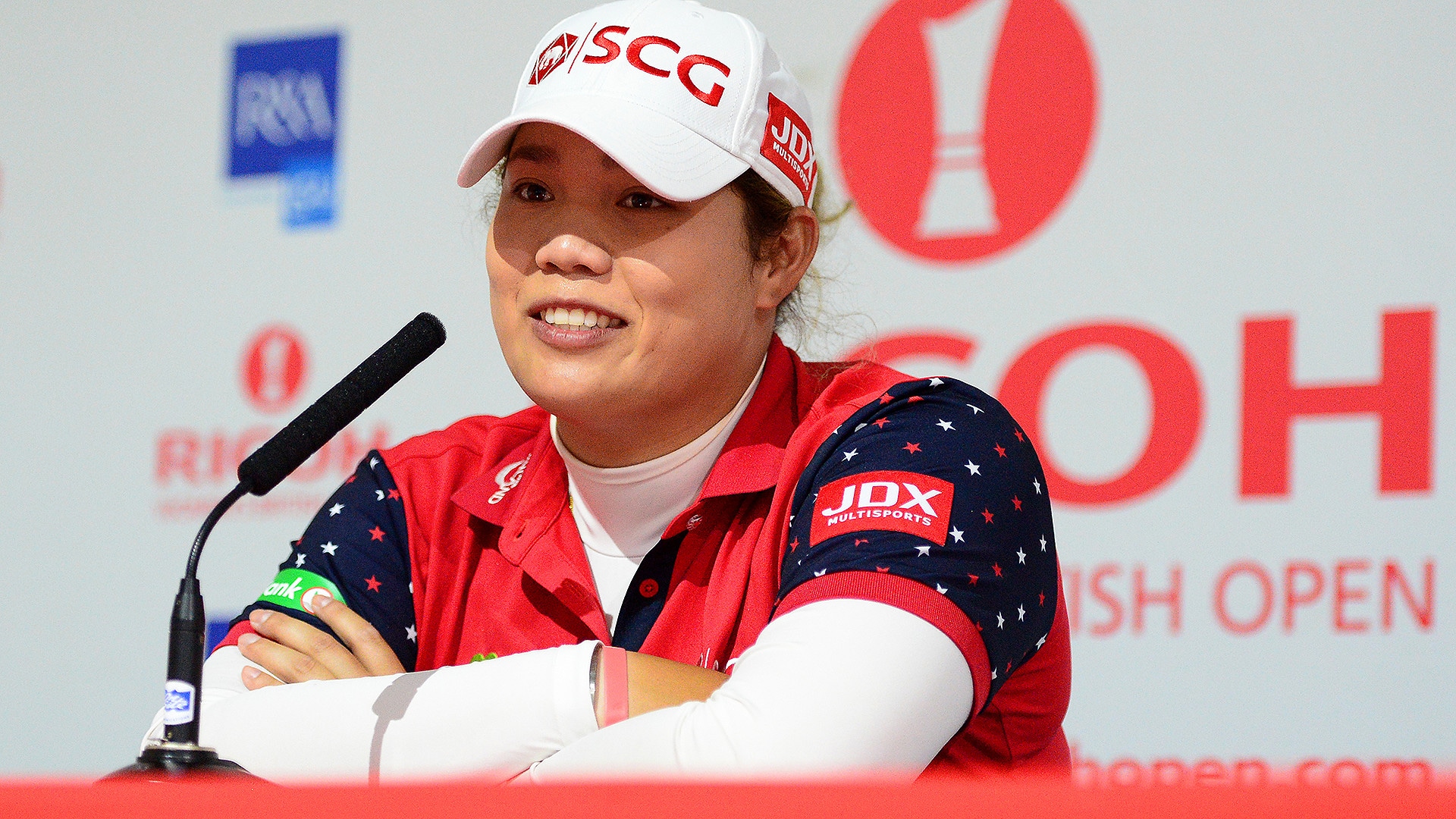 She couldn’t say that last summer, the first time she ascended to the top of the rankings, a run that lasted two weeks.

“She did lose herself a little bit the first time, thinking and worrying about the ranking too much,” said Pia Nilsson, who teams with Lynn Marriott as Jutanugarn’s performance coaches. “She knows how she needs to go about it now. She has learned what not to do.”

Jutanugarn, 22, is fresh off a victory at a links course last week in what appears to be a move toward another dominant season.

Her victory at Gullane Golf Club in the Ladies Scottish Open last week showed how well her game already travels.

It was her third victory this year, moving her back to No. 1 in the Rolex Women’s World Golf Rankings.

She also leads the Rolex Player of the Year race in a bid to win that title for the second time in three seasons.

In 19 starts this year, Jutanugarn has eight finishes of T-5 or better.

“I just want to win as much as I can,” Jutanugarn said. “So that's why I still play golf. So just go out and have fun, be happy with like every moment.”

Jutanugarn said she got too caught up in the world rankings a year ago. She said her goal at year’s start was to stop worrying about outcomes, about the future and what’s next.

“Because I know when I'm getting closer [to No. 1], my ranking, everybody started talking about that,” Jutanugarn said. “And it got me. I'm not going to play good with that, thinking about that all the stuff. So this year, I just feel like I want to get better every day.

Nilsson stood in the back of the media center when Jutanugarn told reporters her new strategy.

So Nilsson and Marriott have Jutanugarn focusing on other goals, on getting better and learning. You can keep moving in those directions without being No. 1.

“That’s why you want to feel like you’re getting better, to be moving forward, rather than just protecting what you have,” Nilsson said.

Jutanugarn is the betting favorite to win this week. Ladbrokes has her at 8/1 odds. So Yeon Ryu and Jin Young Ko are each at 14/1 with Inbee Park, Minjee Lee and Sung Hyun Park at 16/1.