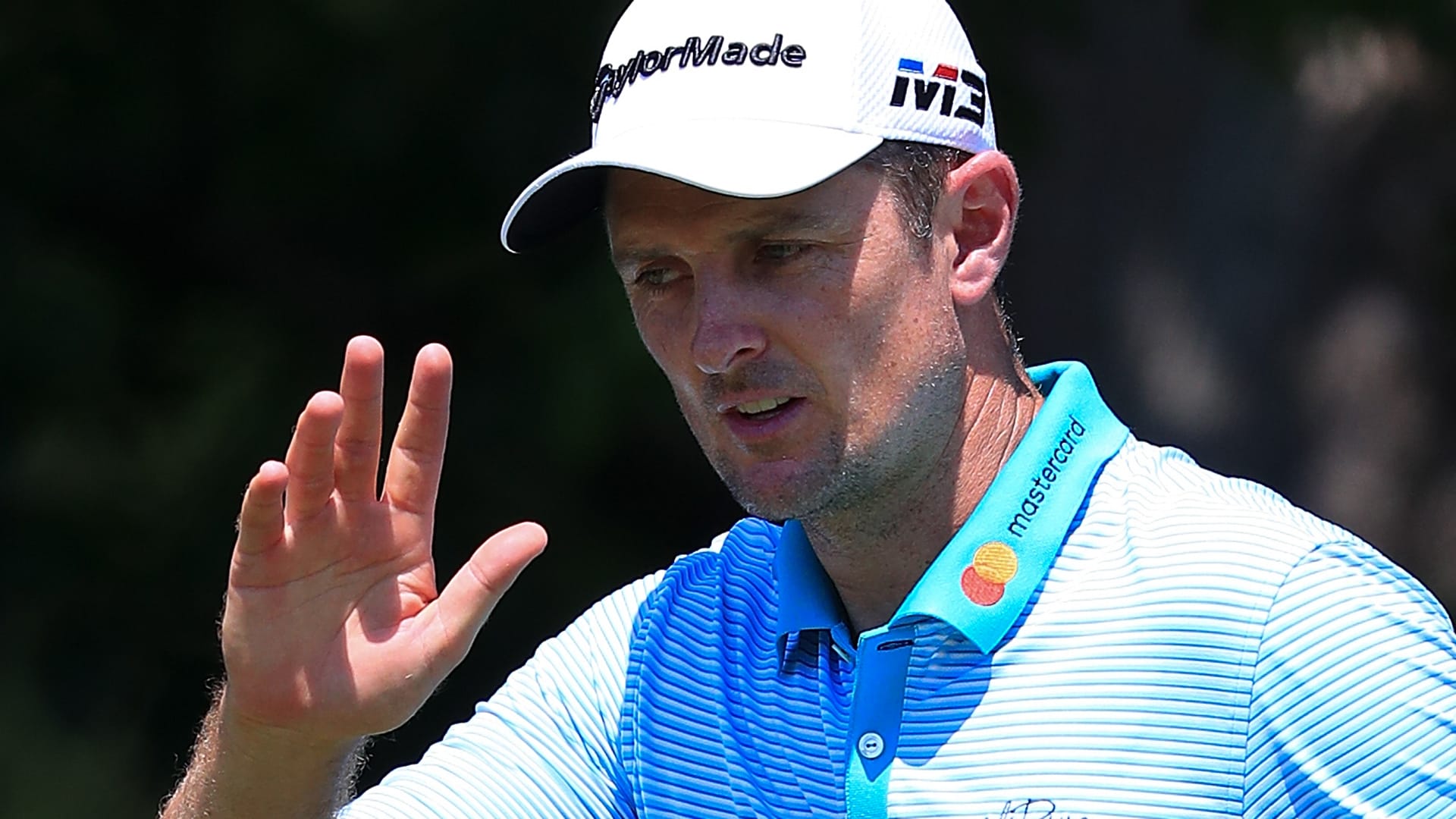 A former U.S. Open champion appears to be finding his form just three weeks ahead of the year's second major.

Justin Rose ascended to the top of the leaderboard Friday at the Fort Worth Invitational, with rounds of 66-64 pushing him to 10 under par for the week.

Through 36 holes at Colonial, Rose has marked down 12 birdies and just two bogeys.

"Yeah, I did a lot of good things today," Rose said. "I think, you know, the end of my round got a little scrappy, but until the last three holes it was pretty flawless. I think I hit every fairway pretty much and obviously every green to that point. ...

"Yeah, the way I played through, I guess through my first 15 holes today, was about as good as I've played in a long time."

Rose won in back-to-back weeks last fall, stunning Dustin Johnson at the WGC-HSBC Championship and riding that victory right into another at the Turkish Airlines Open.

Now the 2013 U.S. Open winner at Merion feels himself once again rounding into form ahead of this year's Open at Shinnecock. A final-round 66 at The Players gave Rose something to focus on in his recent practice sessions with swing coach Sean Foley, as the two work to shore up the timing of Rose's transition into the downswing.

As for his decision to tee it up at Colonial for the first time since 2010, "It was more the run of form really," Rose explained. "I feel like if I didn't play here it was going to be a little spotty going into the U.S. Open. I felt like I wanted to play enough golf where I would have a good read on my game going into Shinnecock.

"So rather than the venue it was more the timing, but it's obviously it's just such a bonus to be on a great layout like this."

For whatever reason, Rose does tend to play his best golf at iconic venues, having won PGA Tour events at Muirfield Village, Aronimink, Cog Hill, Doral, Merion and Congressional.