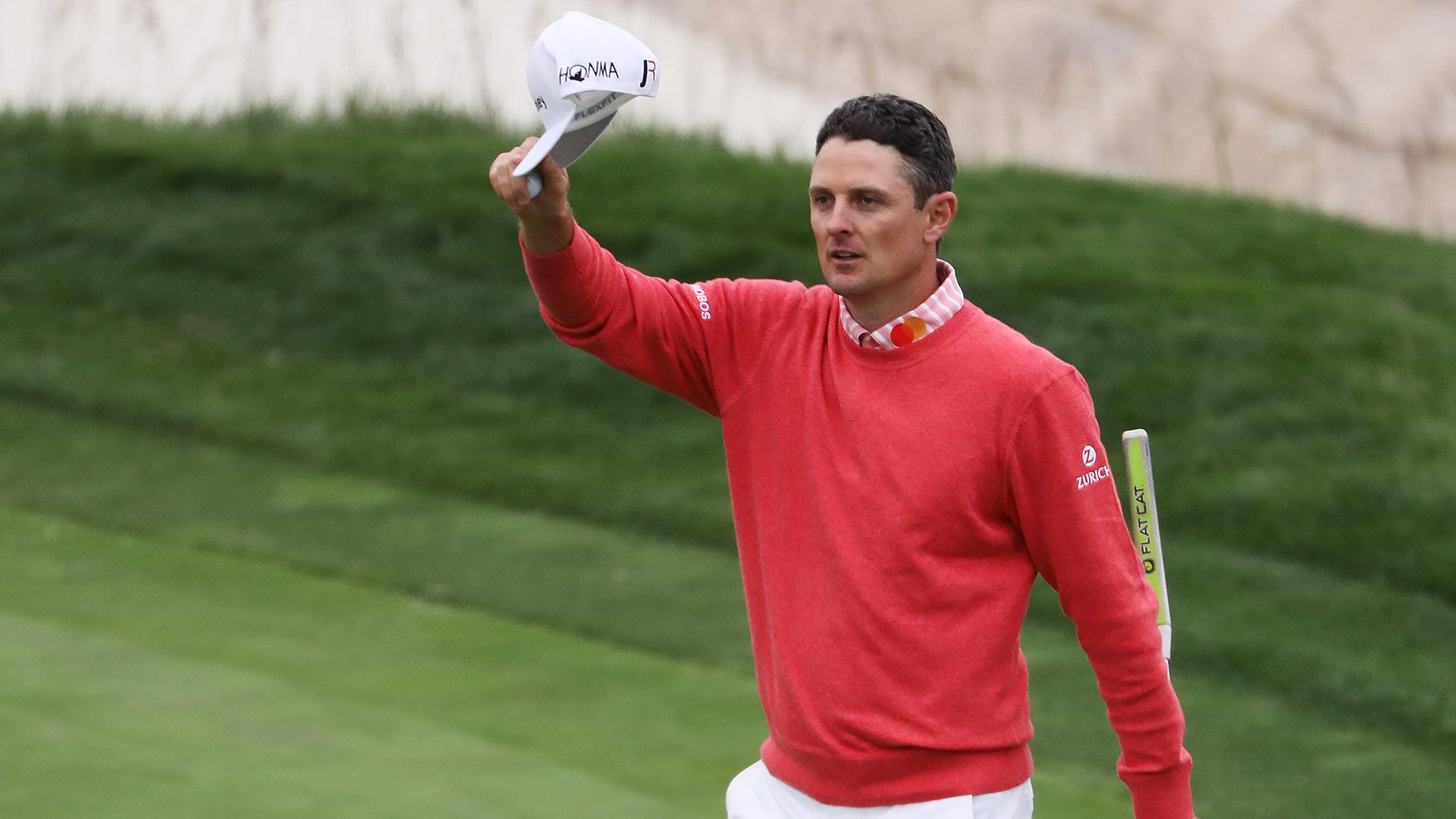 PEBBLE BEACH, Calif. – Last month, Tiger Woods had a front-row seat to a sizzling 63 from Brooks Koepka, as Koepka took control of the PGA Championship early en route to a successful title defense. This time around, it was Justin Rose putting on a clinic next to the game’s biggest star.

Rose closed with a flurry during the opening round of the U.S. Open at Pebble Beach, birdieing each of the final three holes. The last of that string, a 12-footer in front of the monstrous scoreboard that stands between the 18th green and the Pacific Ocean, gave him a 6-under 65 and a one-shot lead as he looks to win the most grueling major for the second time.

“Rosie kind of proved that today, kind of hang in there and fight it off,” Woods said. “He had an amazing finish.”

Rose won earlier this year at Torrey Pines, and he finished third at another former major venue in Quail Hollow. But a missed cut at the Masters derailed his momentum, and in recent weeks the Englishman made more headlines for who was carrying his bag than for what he was doing with his clubs.

Rose has returned to caddie Gareth Lord, who was on the bag for Henrik Stenson when he won the 2016 Open Championship. The two were together for Rose’s win in San Diego in January and were reunited when Rose’s longtime looper, Mark Fulcher, returned to the disabled list following heart surgery. Rose finished 13th at the Memorial in his first start with Lord back on the bag, and Thursday the two seemed in lockstep during a round that featured an eagle on the par-5 sixth and just a single bogey.

“You’re going to make mistakes in the U.S. Open, but if you have a reason to stay patient, I think it’s a lot easier to let those mistakes roll off your back and continue doing what you’ve been doing to get on top of the leaderboard,” Rose said. “There’s more than one way to skin the cat, but I prefer this way.”

In the six years since his U.S. Open title, Rose has been candid about his pursuit of a second major title and what it might mean for his legacy. He came achingly close two years ago, losing a Masters playoff to Sergio Garcia, and his gold medal from the 2016 Olympics and recent ascent to world No. 1 certainly supplement his credentials beyond that 2013 title.

The same methodical mindset that served him so well at Merion was on full display Thursday on a course where big numbers lurk around every cliff and corner. When Rose bogeyed No. 8 to fall back to 2 under, he was prepared to grind his way through the most difficult stretch on the course. Seven pars later, he was in position to close in scintillating fashion to move past a quartet of players who had already posted 5 under.

“I was trying to stay patient with myself mentally, but kept up-and-downing the ball, kept the momentum up,” Rose said. “And then got rewarded with a hot finish, birdieing the last three, and took a good round to a great round.”

But there’s no denying his hunger to put another trophy on his shelf, and at age 38 Rose is keenly aware that chances to contend in majors are not infinite. But after showing Woods and the world exactly how Pebble can be dissected on a relatively calm day, he’s in an enviable position with plenty of work still ahead.

“This is just a very small step towards the outcome,” Rose said. “You don’t feel like that buzz that you would on a Sunday, but you can’t help but look around over your shoulder and, ‘Damn, this is Pebble Beach. Shot 65 and you’re in the U.S. Open.’ It’s a cool moment. Whatever transpires the rest of the week, it was a cool moment.”