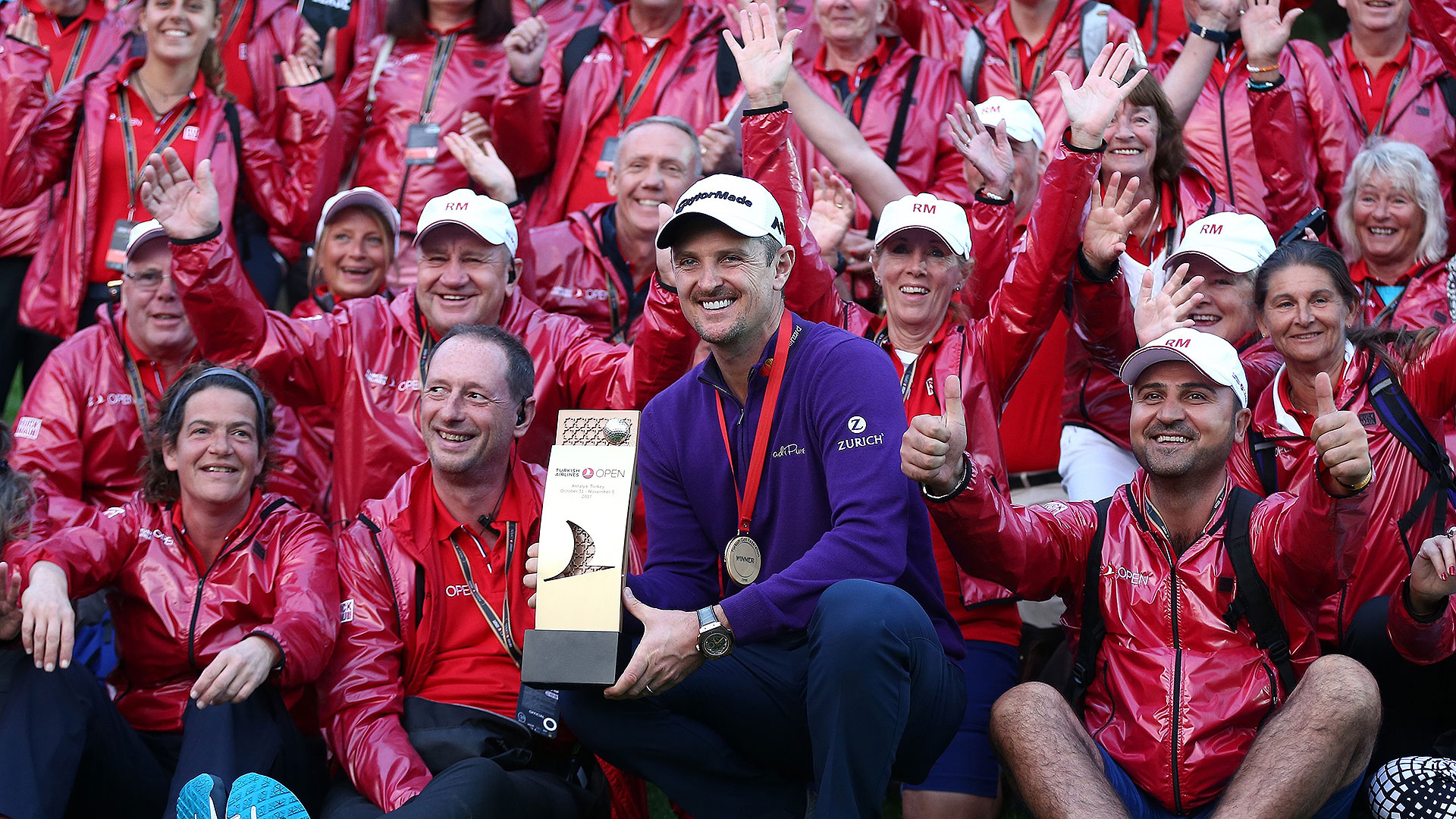 Justin Rose rallied to win for the second straight week, rolling in birdies on three of his final four holes to capture the Turkish Airlines Open and vault into contention in the Race to Dubai.

The Englishman appeared on the verge of closing out a rare winless season before last week, when he sped past Dustin Johnson to win the WGC-HSBC Champions in China. This week he benefited from stumbles from 54-hole co-leaders Shane Lowry and Kiradech Aphibarnrat while shooting 64-65 himself over the weekend.

Rose rolled in a 15-footer for birdie on No. 16, then added another putt of similar length on the final hole. That closing birdie left him one shot ahead of Nicolas Colsaerts and Dylan Frittelli, the latter of whom made a front-nine charge that included three chip-ins. Padraig Harrington finished alone in fourth place at 16 under, two shots back.

With a second straight lucrative prize under his belt, Rose now moves into second place in the season-long Race to Dubai standings, trailing only countryman Tommy Fleetwood heading into the final two events of the season.

"It's like a bus," Rose said of winning while on the phone with his family shortly after holing the final putt. "You wait ages for one, and then two turn up."

He joins Tiger Woods (2007) and Rory McIlroy (2014) as the only players to win the week after capturing a WGC title. Both Woods and McIlroy pulled off their double-dips at the WGC-Bridgestone Invitational and PGA Championship.