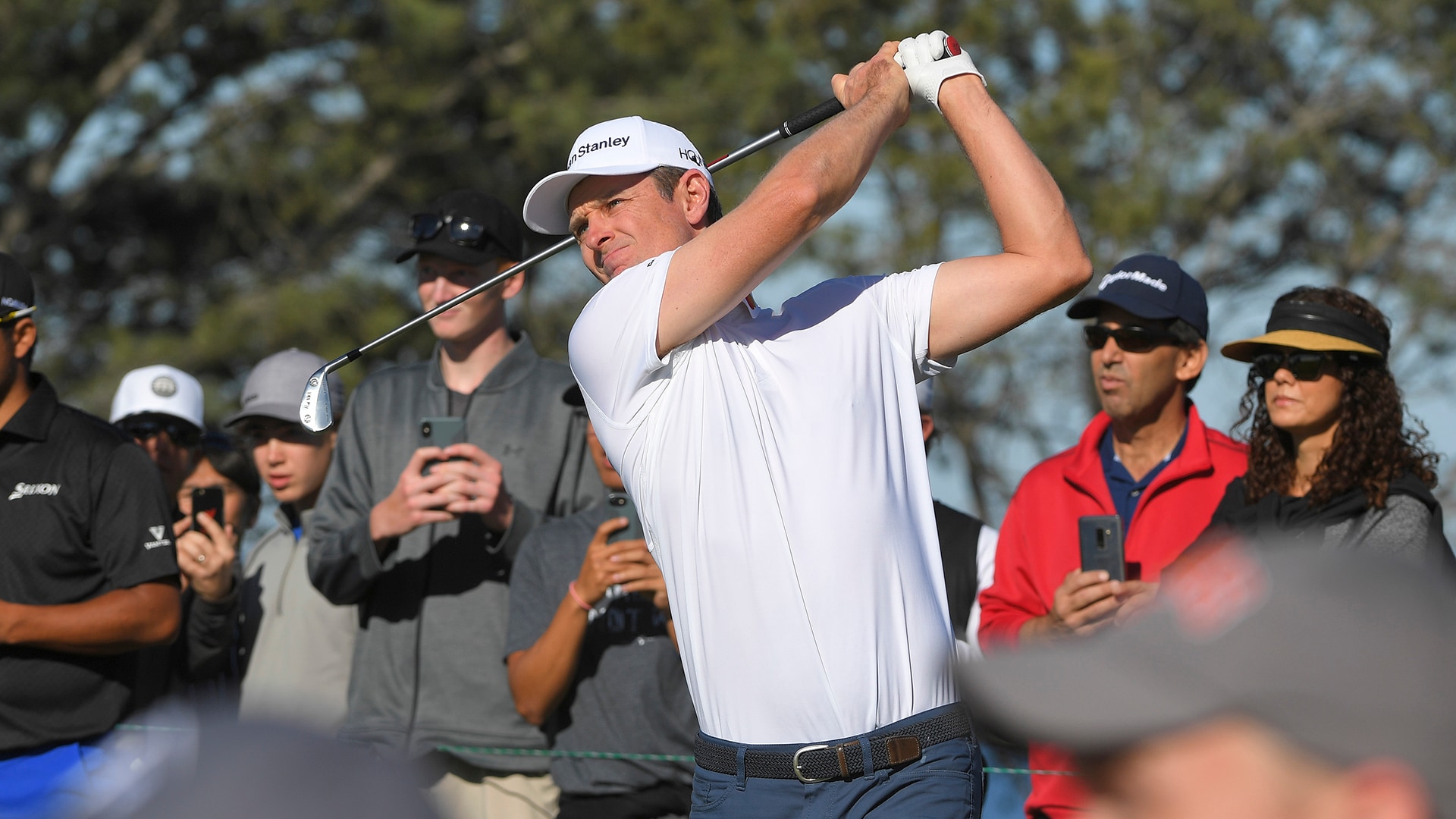 SAN DIEGO – Justin Rose is in command of the Farmers Insurance Open. This despite ridding himself of a full sleeve of balls during the third round at Torrey Pines, launching two into the shimmering Pacific and depositing another in the yawning pond that fronts the 18th green.

Such is the level of otherwise surgical precision with which he has brought the burly South Course to its knees.

The world No. 1 is justifying his ranking this week, piling up birdies and eagles on a track where pars are often dearly earned. There are about 70 players in the field who might be wondering whether Rose has simply posted up on the easier North Course, where scores in the mid-60s pop up with regularity. But no, this is a major champion bending a U.S. Open venue at his will and extracting every ounce of advantage from a game that, outside of a few head-turning misses, has been nearly flawless.

“He’s just playing too good,” said Adam Scott, Rose’s closest pursuer. “He’s feeling it. He wants to take advantage of all of his good golf, and that’s why he’s running away with this thing.”

It’s not as if Rose didn’t feel a bit of heat behind him in the third round. The rotating chase pack included players with impeccable credentials: Scott fired a front-nine 30 to move into second place, and Jordan Spieth stirred the crowd with a hole-out eagle. Jon Rahm, who won this event two years ago, circled five birdies over his first nine holes to make up some ground.

Eventually, though, the South Course claimed its usual toll – even from Rose. A wayward fairway bunker shot on No. 4 trundled down to the beach, and a similarly errant approach to No. 14 bounded into the penalty area. Both led to doubles. Throw in a closing bogey, where his approach again found water, and the field may be fortunate his lead is only three.

But the difference between Rose and his pursuers is that, while others were stalled and thwarted by similar errors, Rose kept chugging right along in spite of them. An eagle on the par-5 ninth sparked his round, and he has now circled at least six birdies in each round, including Saturday’s 3-under 69. His 18-under total tied the tournament’s 54-hole scoring record.

“I’m playing really well, so kind of comfortable with where I’m at on the leaderboard,” Rose said. “Hindsight’s wonderful, but really more pleased with how I responded to those occasions on this golf course and rebuilt the round going forward.”

Keep in mind this is Torrey Pines, a storied layout that will host another major in two years and a place where the 36-hole lead is often the target score for the winning total. It's not supposed to be this easy around these parts.

But this week there are a bunch of players tackling the Farmers Insurance Open and one guy who’s playing like he’s still at the Desert Classic.

“Just trying to play for second place right now,” said Rory McIlroy, who sits in a tie for sixth. “Some weeks, you’ve just got to take your hat off to the guy that’s up there. Like Justin this week, he’s just played so much better than the rest of the field. Sometimes you just can’t do anything about that.”

Were it not for his uncharacteristic blunders, Rose might have well and truly put this thing on ice. But Scott is still within reach at 15 under, and Jon Rahm knows all too well what it takes to come from behind to win at Torrey Pines. In the eyes of the Englishman, there’s still plenty of work left to do.

“I think that I expect Jon and Adam to come out and play well tomorrow, as well as the chasing pack. But one of those guys is capable of something in the mid-60s,” Rose said. “I think it’s going to take a good round of golf tomorrow to get this done.”

While he’d rather not admit it, Rose knows full well that he sits in control of these proceedings. With the field again split into threesomes, he’ll be able to keep an eye on the only two players starting the day within five shots of his lead and can adjust his strategy accordingly. He expects a stern final-round test, fraught with difficult pins on greens that might not hold as well as they have the first three days.

Of course, when you’re hitting irons as well as Rose is and rolling in the putts to match, tricky pins are little more than a speed bump on the road to what is shaping up to be his 10th career PGA Tour title.

The world No. 1 has set the pace and he shows no signs of slowing down.

“I’m not thinking about winning sleeping tonight, that’s for sure,” Scott said. “It all sits on his golf club tomorrow. If he plays a good first 12 holes, it’s going to be very, very hard to catch him.” 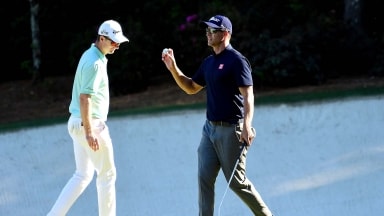 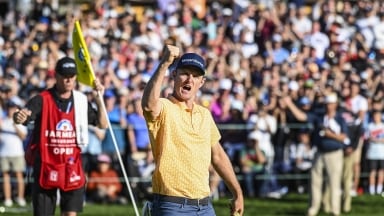 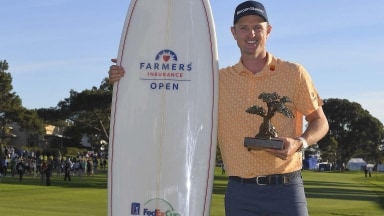