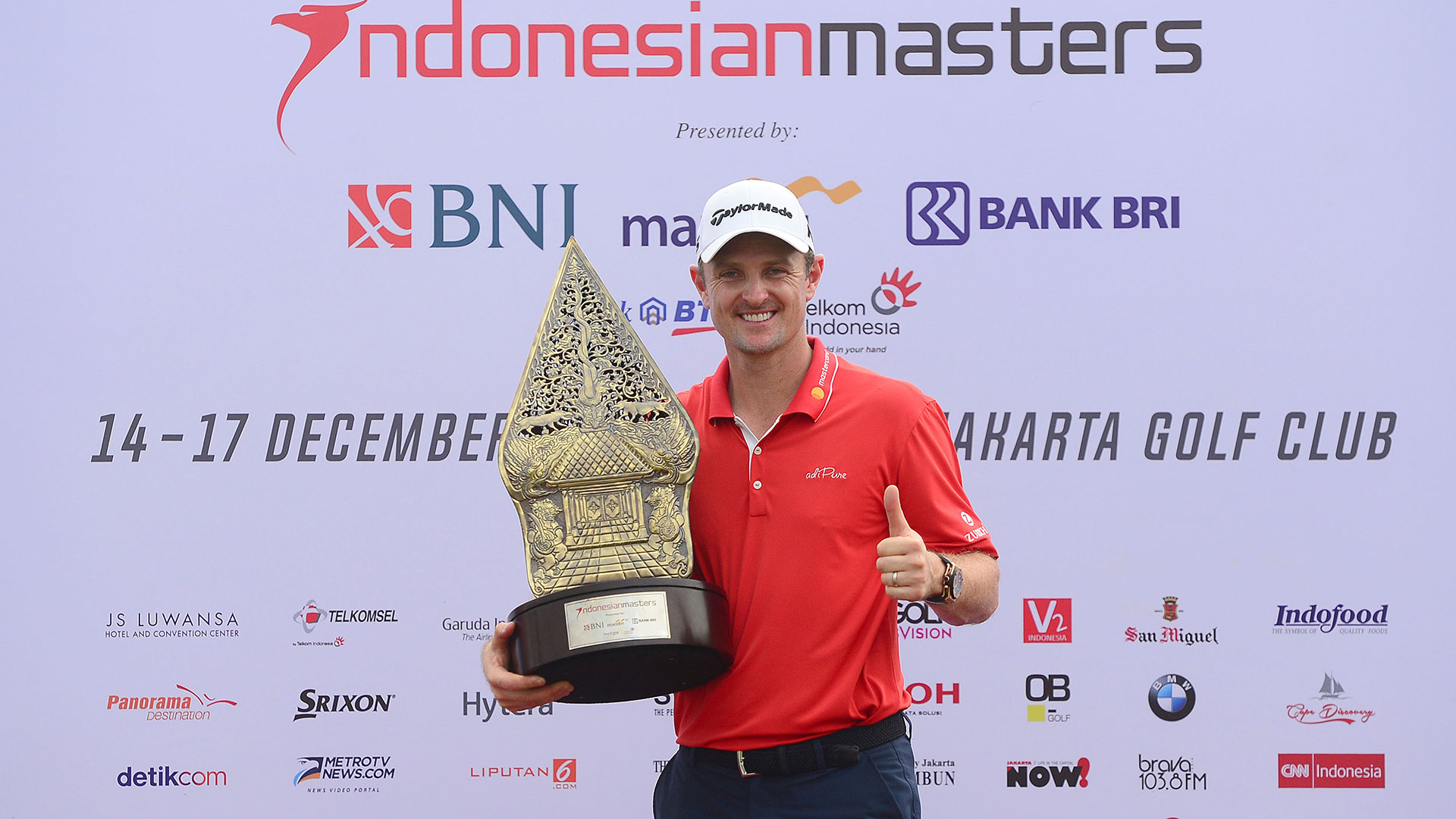 Justin Rose continued his recent run of dominance in Indonesia, while Kiradech Aphibarnrat snagged a Masters invite with some 72nd-hole dramatics.

Rose cruised to an eight-shot victory at the Indonesian Masters, carding bookend rounds of 10-under 62 that featured a brief run at a 59 during the final round. The Englishman was the highest-ranked player in the field and he led wire-to-wire, with Thailand's Phachara Khongwatmai finishing second.

Rose closes out the year as perhaps the hottest player in the world, with top-10 finishes in each of his final 10 worldwide starts. That stretch includes three victories, as Rose also won the WGC-HSBC Champions and Turkish Airlines Open. He hasn't finished outside the top 10 in a tournament since missing the cut at the PGA Championship.

Meanwhile, it took until the final hole of the final tournament of 2017 for Aphibarnrat to secure a return to the Masters. The Thai entered the week ranked No. 56 in the world, with the top 50 in the year-end world rankings earning invites to Augusta National. Needing an eagle on the 72nd hole, Aphibarnrat got just that to snag solo fifth place.

It means that he is projected to end the year ranked No. 49, while Japan's Yusaku Miyazato - who started the week ranked No. 58 and finished alone in fourth - is projected to finish No. 50. Aphibarnrat finished T-15 in his Masters debut in 2016, while Miyazato will make his first appearance in the spring.

The results in Indonesia mean that American Peter Uihlein and South Africa's Dylan Frittelli are projected to barely miss the year-end, top-50 cutoff. Their options for Masters qualification will include winning a full-point PGA Tour event in early 2018 or cracking the top 50 by the final March 25 cutoff.