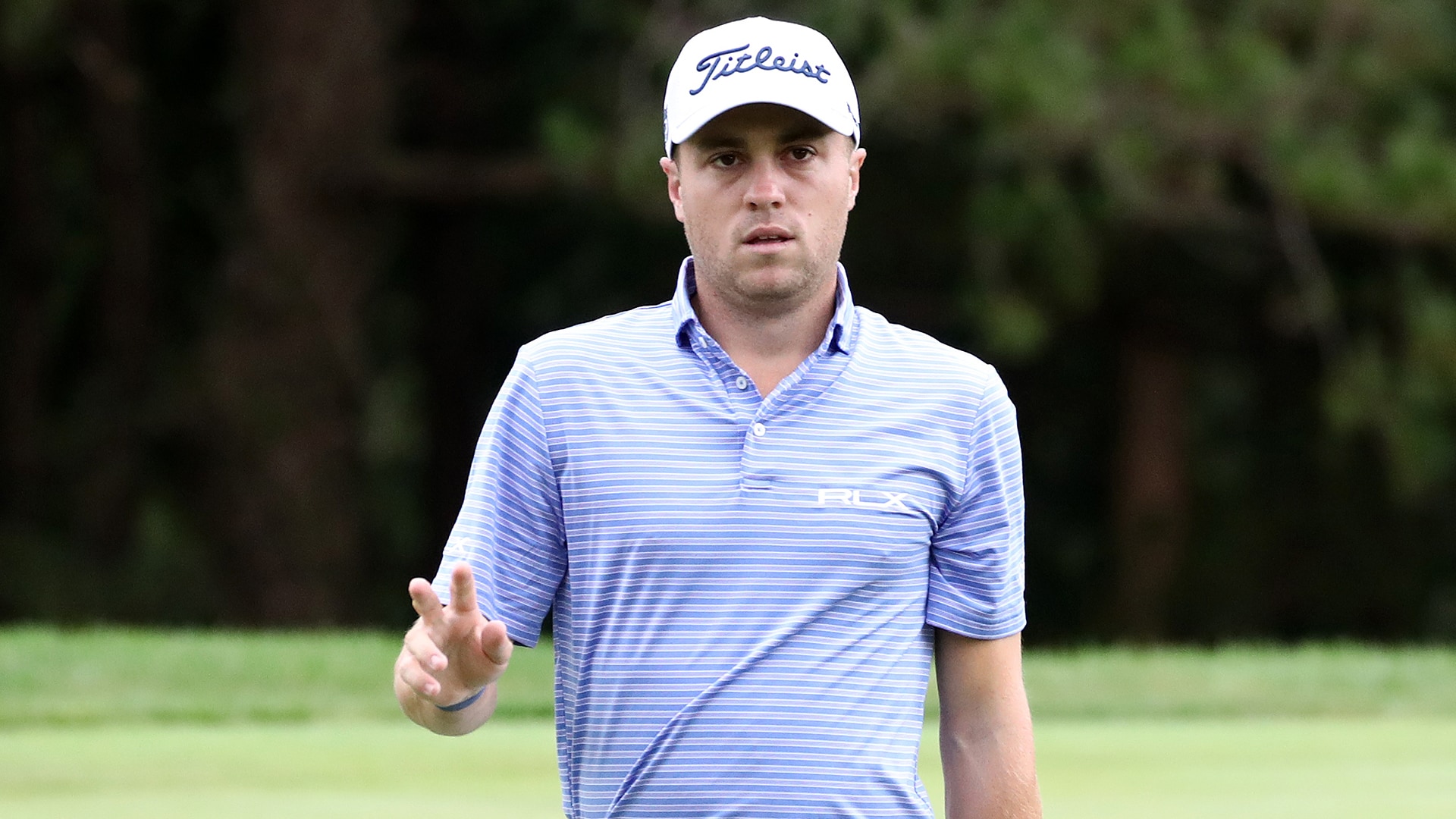 After shooting a 4-under 68 in Thursday's opening round, Justin Thomas erupted for a bogey-free, 9-under 63 on Friday at the CJ Cup, setting the 36-hole tournament scoring record of 13-under 131.

"I played well. I didn't do anything unbelievably," Thomas said. "It was just a very stress-free day."

It's been fairly stress-free stretch for Thomas after wrist issues complicated the first half of his year. Coming off a win two months ago at the BMW Championship, he is onne again playing the kind of golf that previously vaulted him to No. 1 the world.

He began his day Friday with four consecutive birdies and added another at the par-4 eighth to turn in 5-under 31. The back nine was no different, as Thomas carded four more birdies, including a tap-in at the 18th after narrowly missing an eagle putt that would have tied the course record.

"Obviously playing well, that makes it stress free, but I just kind of kept the ball in play off the tee, hit some good irons. I think I hit every green and made a couple putts early," Thomas said. "And then the back nine, I got a few close to the holes where those birdies came easier. So it just was a very easy 63 if you can somehow say that, but hopefully we'll be able to keep some of that going for the weekend."

This was Thomas' second 63 at Nine Bridges in the CJ Cup's brief history. The first came in the opening round in 2017, in the event's inaugural playing, when he would go on to outlast Marc Leishman in a playoff. That round sticks out more to Thomas.