Thomas (71) grinds to keep within striking distance at Safeway Open 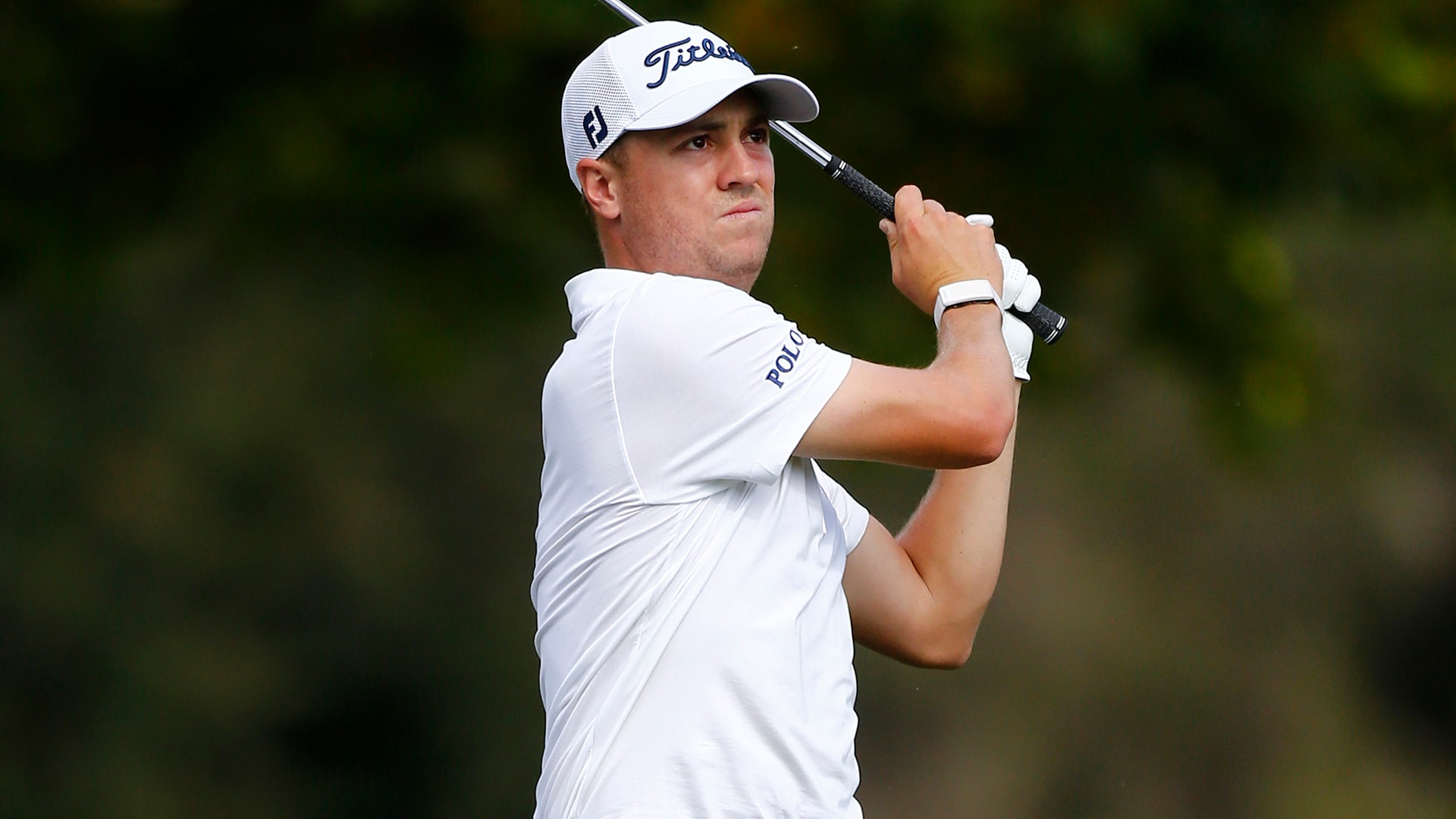 NAPA, Calif. – With the difficulty factor turned up a notch at the Safeway Open, Justin Thomas switched from targeting birdies to hanging on to pars for dear life.

Swirling winds made conditions especially difficult for the third-round leaders, a group that included Thomas who started the day just three shots off the lead. While a 1-under 71 may not seem particularly spiffy, especially coming on the heels of a second-round 64, Thomas was pleased with his effort given the circumstances.

“A grind, for sure. It was tough out there,” Thomas said. “I’m proud of myself how I hung in there. I really fought hard. To only make one bogey, to drive it how I did on the back nine, hit some very poor irons and kept myself in the tournament, which is good.”

Thomas appeared headed for a missed cut after bogeys on three of his first five holes to open the tournament, but he’s been on the comeback trail ever since. Despite circling only two birdies during his third round, he’s firmly in the mix for his second win in as many months, sitting among a tie for fifth at 10 under and four shots behind leader Cameron Champ.

Thomas is the highest-ranked player in the field this week in Napa, and his record at Silverado Resort & Spa includes top-10 finishes in each of his last two appearances. It all adds up to an appetizing situation heading into a final round where conditions are expected to remain demanding.

“I just need to go out and play my game. I love this golf course, and I can make a lot of birdies, leave myself a lot of chances,” Thomas said. “Just get some rest and come out tomorrow and we’ll be ready to go.”