Thomas after CJ Cup win: ‘Not really a ceiling that I feel like I can't reach’ 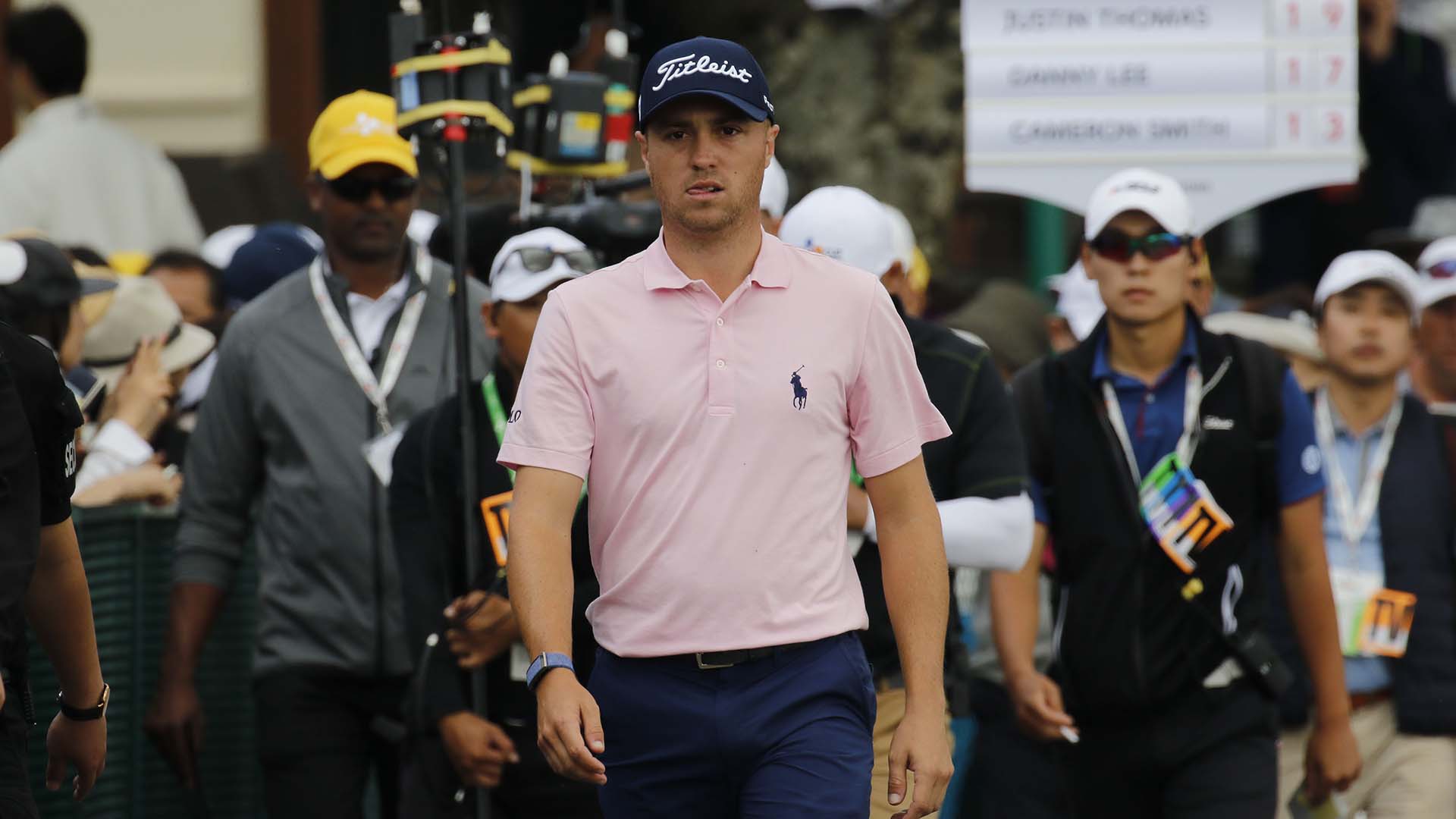 Justin Thomas didn’t exactly have the best memory of Nine Bridges’ finishing hole fresh on his mind as he walked toward the island green Sunday at the CJ Cup.

A day earlier, Thomas had rinsed his second shot into the par-5 18th and then watched as Danny Lee drained an eagle putt to complete a three-shot swing and tie Thomas entering the final round.

With Lee again looking at an eagle putt and Thomas facing a tricky two-putt birdie, Thomas turned to caddie Jimmy Johnson and said, “We’ve got to make birdie here.”

“To be perfectly honest, how the day had gone for him, I wouldn't have been surprised if it had gone in,” Thomas said. “He made a lot of putts and every single one of them went in the center. It's not like they ever looked like they were going to miss.”

Lee’s bid to force a playoff ended as he narrowly missed the eagle try, and Thomas followed by sinking his birdie putt to win by two shots, capping a 20-under performance with a closing 5-under 67.

The victory marks Thomas’ second in three editions of the CJ Cup. It is also the 26-year-old’s 11th career PGA Tour title, which pulls him even with Rory McIlroy and Jordan Spieth for most Tour wins before age 27; only Tiger Woods (34) and Jack Nicklaus (20) had more. (Thomas turns 27 on April 29.)

More impressively, he’s won eight of those events while holding the 54-hole lead or co-lead, and has failed to convert just three of his 11 three-round advantages into wins.

But is Thomas the best closer currently in the game? For Thomas, he’s still got a long way to go.

“I don't think you can ever necessarily call yourself the best closer,” Thomas said. “I've only won 11 times. I feel like once I get to 40 or 50 times and I've closed a lot of those, then I think that's kind of different. But I don't know. I mean, the biggest thing I think that I've gotten a lot better at is just learning, taking experiences and learning from them. That's what I did early in my career. There were a couple times I felt like I should have won the tournament, but I did something incorrectly or hit a wrong club or thought how I shouldn't have, and I was able when I finished to look back at that.

“There's going to be things today that once I sit down and digest it and pay attention to kind of what happened out there, I'll be able to learn from it. That's all I'm trying to do because I feel like if I can just improve a little bit every year, then there's not really a ceiling that I feel like I can't reach. I just want to try to win as many tournaments as I can.”