Justin Thomas fights through bad stretch on Friday to stay in contention at U.S. Open 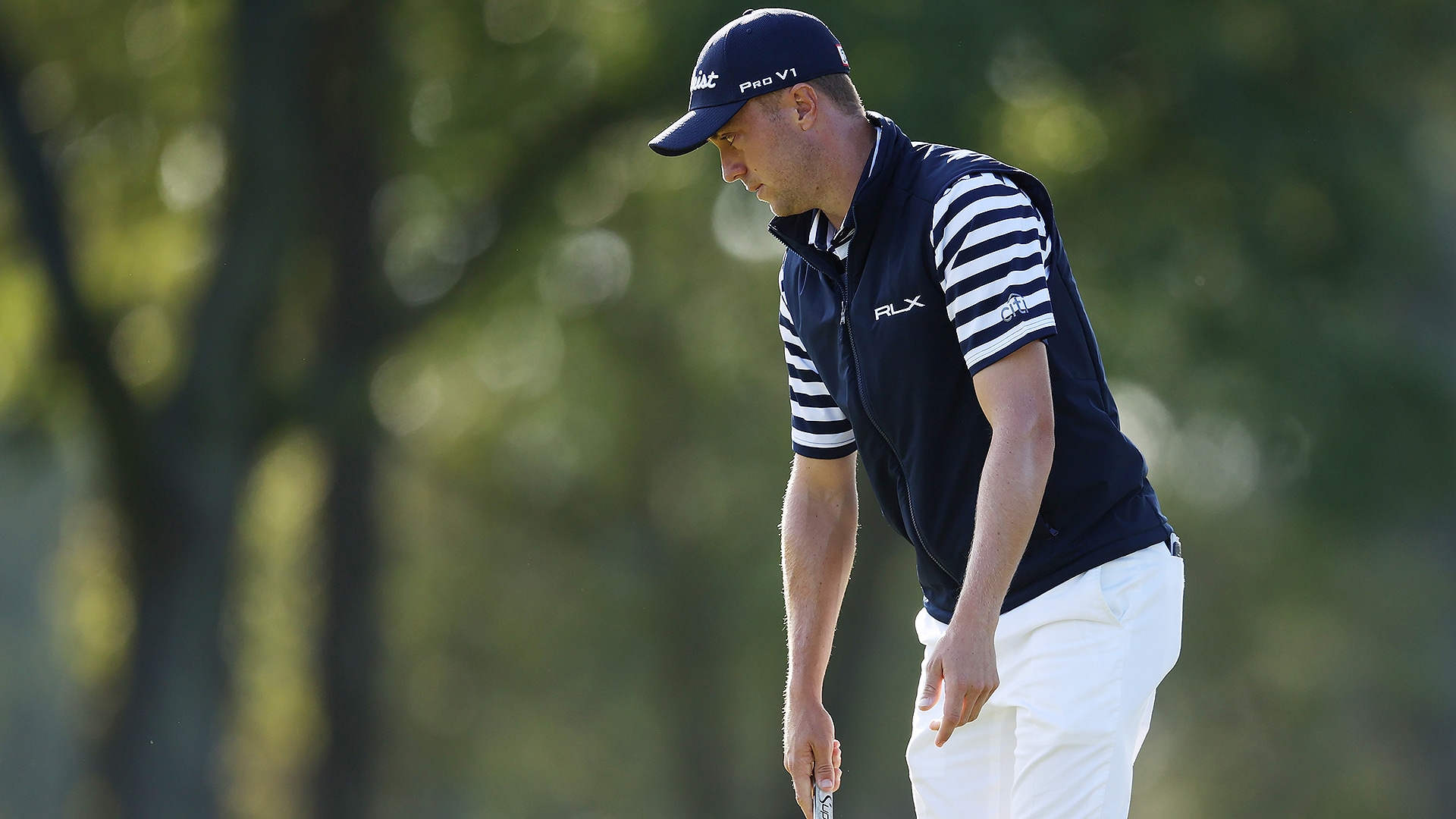 MAMARONECK, N.Y. – Things weren’t going well for Justin Thomas on Friday at the U.S. Open and he knew it, but the solution wasn’t going to be easy.

“In the past I've been good at [adjusting mid-round]. I know I can always go to a big cut if I need to,” Thomas said of his wayward driving on Day 2. “Unfortunately, this course isn't very good for a cut. That's why holes like [No.] 16 for me are tough.”

Beginning at the 10th, things began to unravel for Thomas early with back-to-back bogeys at Nos. 13 and 14. He added two more at Nos. 16 and 17, before a double bogey at the first. He then managed to play his final eight holes in 2 under for a second-round 73, despite hitting just three of 14 fairways.

Thomas’ rally left him at 2 under par and just two shots off the lead heading into the weekend at Winged Foot. It also gave him confidence that even when he’s not at his best, he can still score.

“Every single person in this tournament is going to go through a stretch where they get a bad run, especially here,” he said. “I just stayed positive and kept fighting because I know that 3 over is better than a 4 over, and today easily could have been a 6 or 7 [over]. I'm proud of myself for how I hung in.”

Thomas’ struggles off the tee were surprising considering that he hit nine of 14 fairways on Thursday and was seventh in the field off the tee, and was first on the PGA Tour last season in strokes gained: tee-to-green.