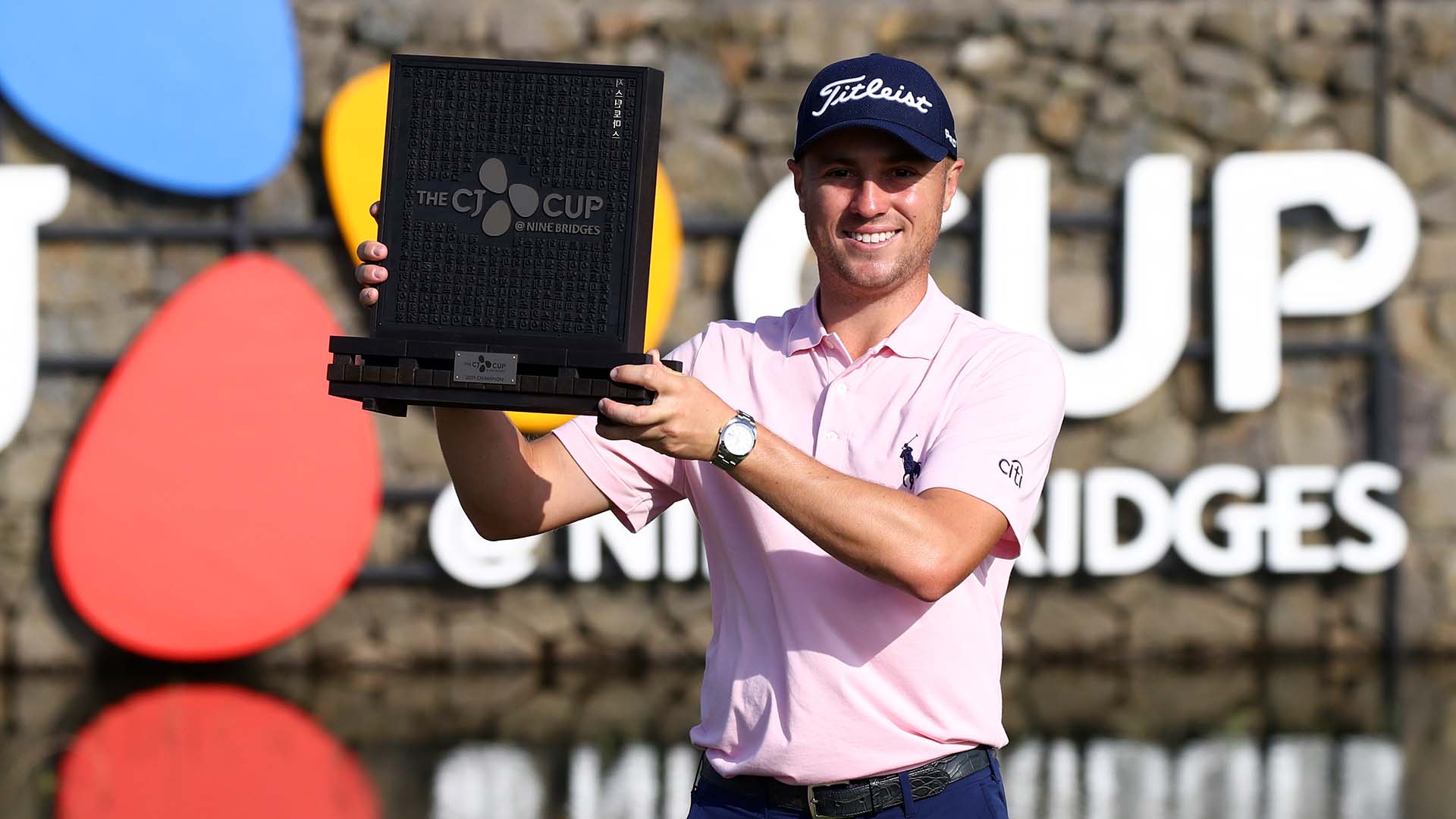 Getty Images
Justin Thomas of the United States poses with the trophy after winning the tournament during the final round of the CJ Cup @Nine Bridges at the Club at Nine Bridges on October 20, 2019 in Jeju, South Korea. (Photo by Chung Sung-Jun/Getty Images)  -

Justin Thomas picked up his 11th career PGA Tour title – and second CJ Cup victory in three years – on Sunday at Nine Bridges. Here’s how it happened in the final round on Jeju Island:

What it means: A day after losing a three-shot lead on Nine Bridges’ par-5 18th, Thomas arrived at the finishing hole Sunday with a two-shot advantage. This time, he didn’t let go of it, converting his eighth 54-hole lead or co-lead into victory in just 11 opportunities. Thomas entered the final day tied with Lee, who eagled his final hole Saturday to draw even with Thomas, and after birdies on two of his first three holes, Thomas led by two. But Lee and his deft short game battled back, taking the lead with a long birdie make at the par-4 seventh. However, back-to-back bogeys, at Nos. 15 and 16, cost Lee, and Thomas didn’t make many mistakes of his own. A brutal lip-out and bogey at the par-3 17th cut into Thomas’ lead, but he made a routine birdie at the last to seal the deal with a final-round, 5-under 67. Thomas is now equal with Jordan Spieth and Rory McIlroy in number of Tour wins before the age of 27. In the past 60 years, only Tiger Woods (34) and Jack Nicklaus (20) had more. (Thomas turns 27 on April 29.)

Round of the day: One of just three players in the field who played the week before in Houston, Jhonattan Vegas eagled both par-5s on the front nine and birdied five of his last seven holes to cap his tournament with a 9-under 63.

Best of the rest: Matsuyama will ride some momentum into Monday’s Skins Game and following Zozo Championship in Japan. Matsuyama birdied three of his last four holes as part of a bogey-free 65. Corey Conners, who is looking to join Matsuyama on the International Presidents Cup team, improved his chances of earning a captain’s pick with a final-round 66. However, with still just one top-10 since winning the Valero Texas Open last season, Conners likely needs a big week at the Zozo to warrant a pick. Woodland, though, has a much better chance of earning a U.S. pick, as the U.S. Open champion also closed in 66 to finish T-3.

Biggest disappointment: With opportunities running out to impress U.S. Presidents Cup captain Tiger Woods, Collin Morikawa saw his already slim chances of earning a pick dwindle further after a closing 3-over 75, which tied his worst score on the PGA Tour. It wasn’t all bad, though, as Morikawa capped his day with eagle.

Shot of the day: This 3-wood into the par-5 ninth helped set up birdie and keep Thomas in a tie for the lead.

Quote of the day: "I don't know, there's something about Asia that I like." – Thomas, who has now won four times in Asia 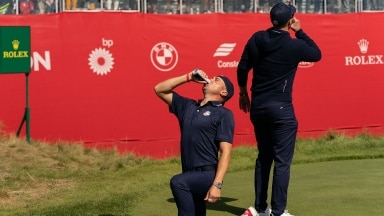