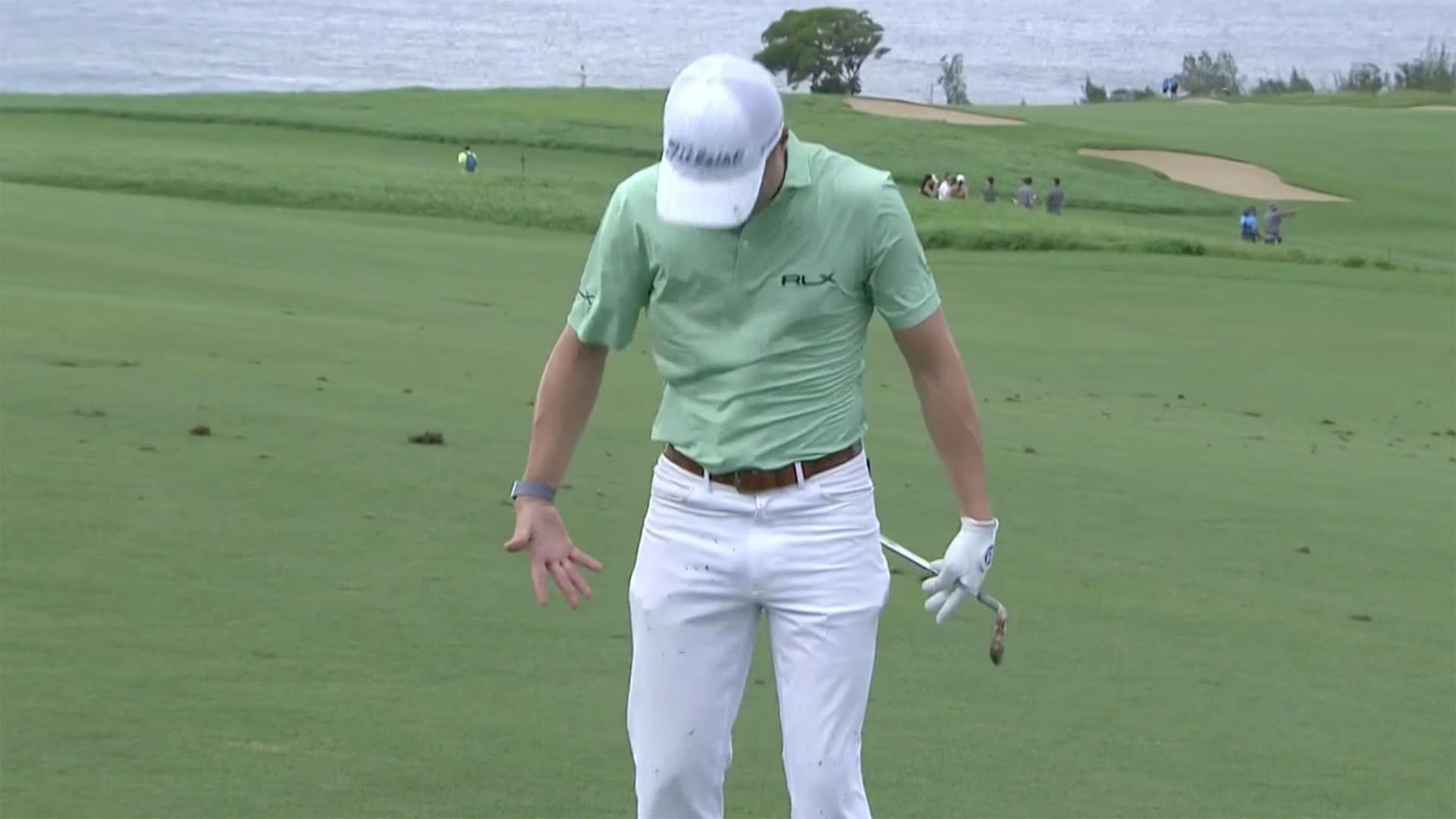 And he still hasn't learned not to wear white pants on a wet, windy day.

Thomas couldn't help but laugh and poke fun at himself Friday at the Tournament of Champions, where his green-and-white attire took a mud-covered beating.

After picking specks of dirt and divots off his clothes for much of his 1-over front nine, Thomas saw a divot fly back fly at his face following his approach at the par-4 10th, with part of the pelt winding up inside his green shirt, prompting this exchange with caddie Jimmy Johnson: 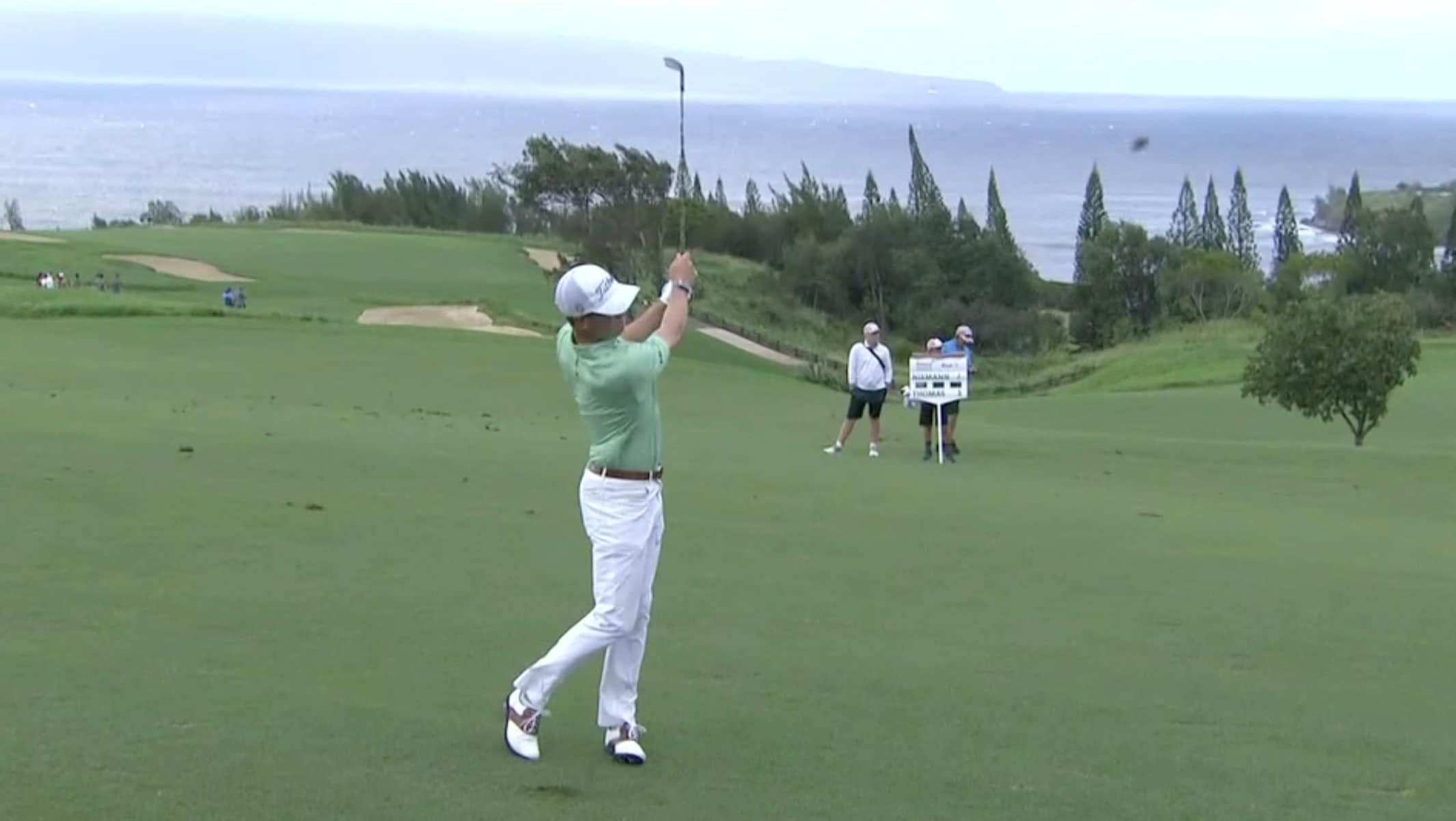 "I did it again," Thomas said. "And I got hit in the face with a divot. It’s in the back of my shirt.

"I don’t know what I want. I need a new pair of pants is what I need."

Thomas then walked over to Johnson, who used a towel to fish the divot from somewhere around Thomas' shoulder. 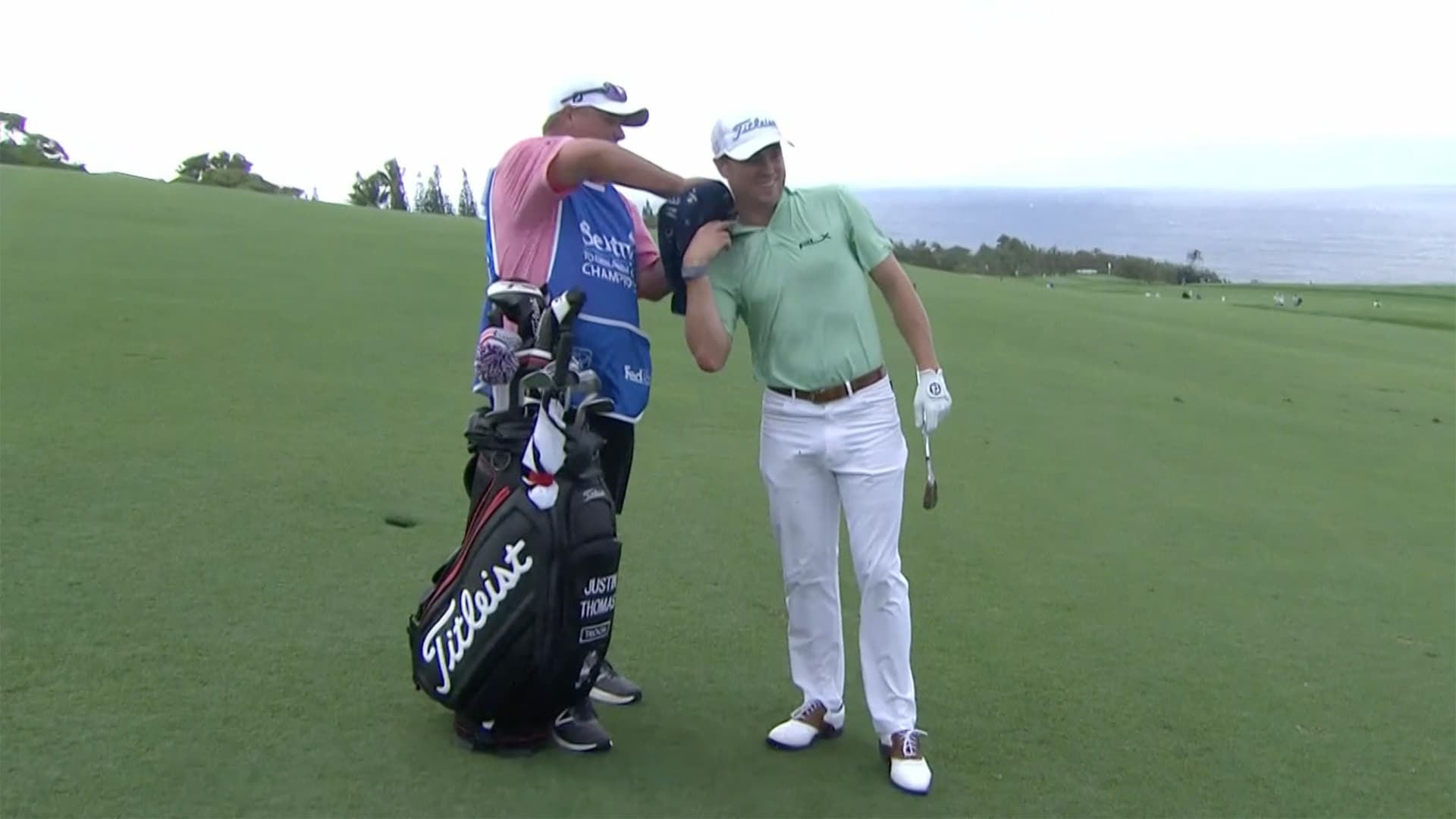 "This is the new Ralph Lauren pant," he said. "It’s called the Speckled Splattered Mud. Check it out at a store near you." 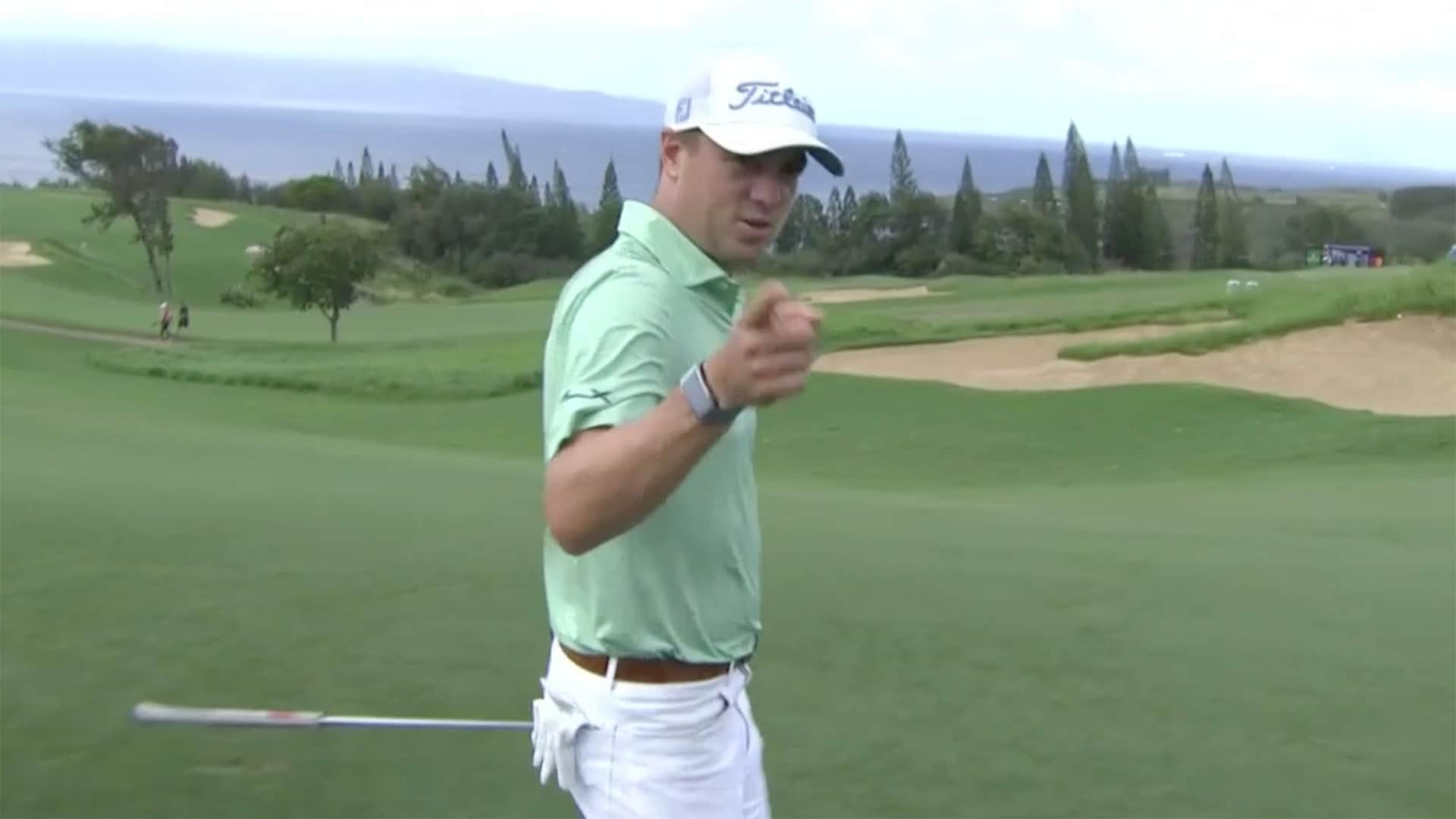