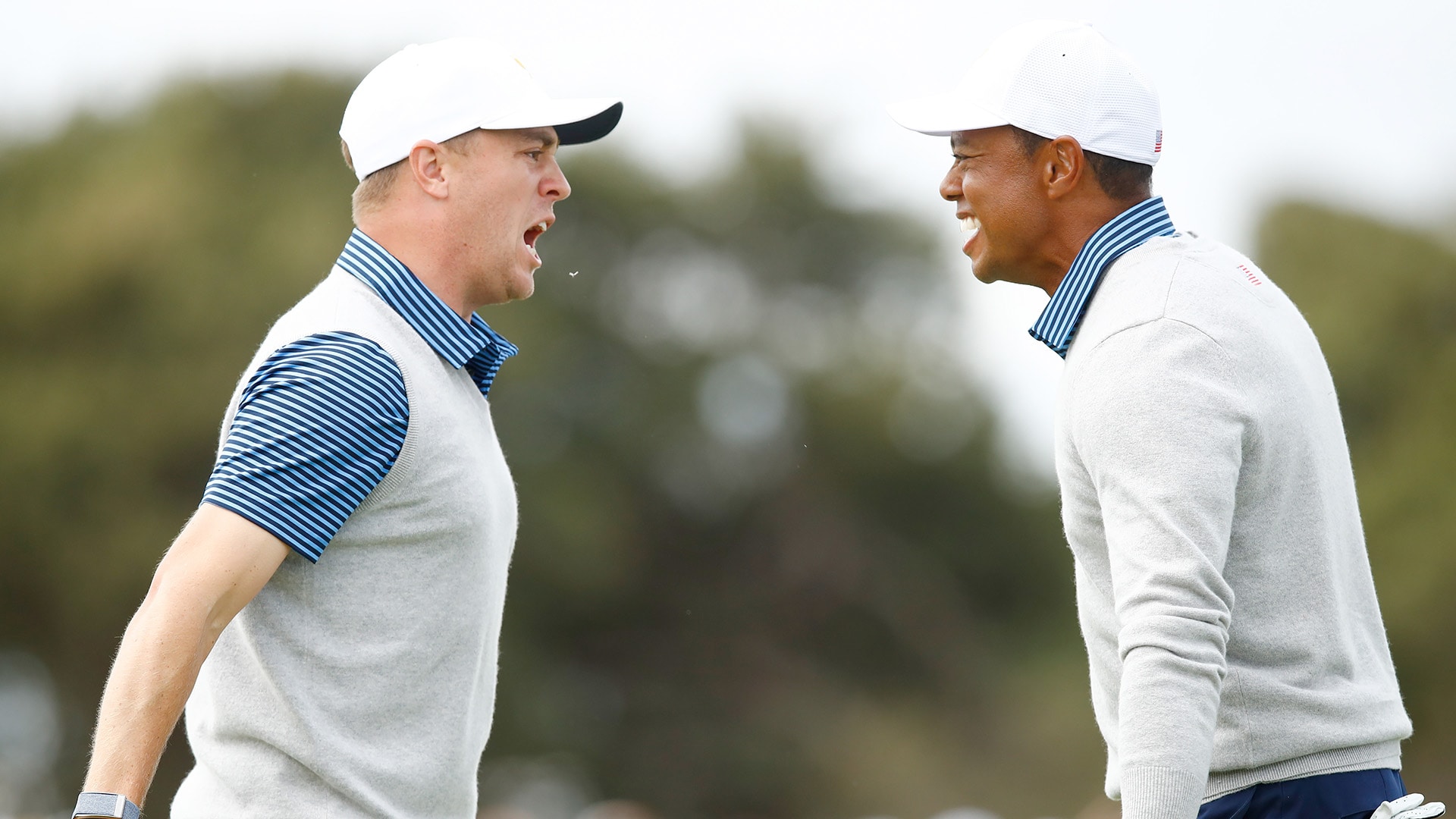 The general rule among living-room sports is, "allowed until something gets broken." Well, thanks a lot, Justin Thomas.

During a recent visit to Tiger Woods' house in South Florida – pre-quarantine, we assume – Thomas, Woods and Tiger's son, Charlie, were hanging out, having some dinner and playing ping-pong. But kids' attention spans don't last long, and Charlie wanted to have a home-run derby.

"I guess it's a common thing in the Woods house," Thomas recalled in a PGA Tour tweet.

It began with a golf club, but everyone knows it isn't a true home-run derby without a real bat. So Charlie switched, and started hitting dingers around the living room.

Woods was up next, and for Thomas, it was a good indication of how hard he needed to hit once his turn came around.

"He's pretty much just peppering them. He's hitting them as hard as he can, bouncing off walls," Thomas said.

Thomas stepped up to the plate and gave it a swing, but made contact on the end of the bat, and the ball sailed on him, hitting – and breaking – a candle. Yikes.

But the two Woods boys just laughed it off. Thomas, on the other hand, still wasn't sure about it, but figured, "As long as it didn't hit any of the major trophies, it's fine."