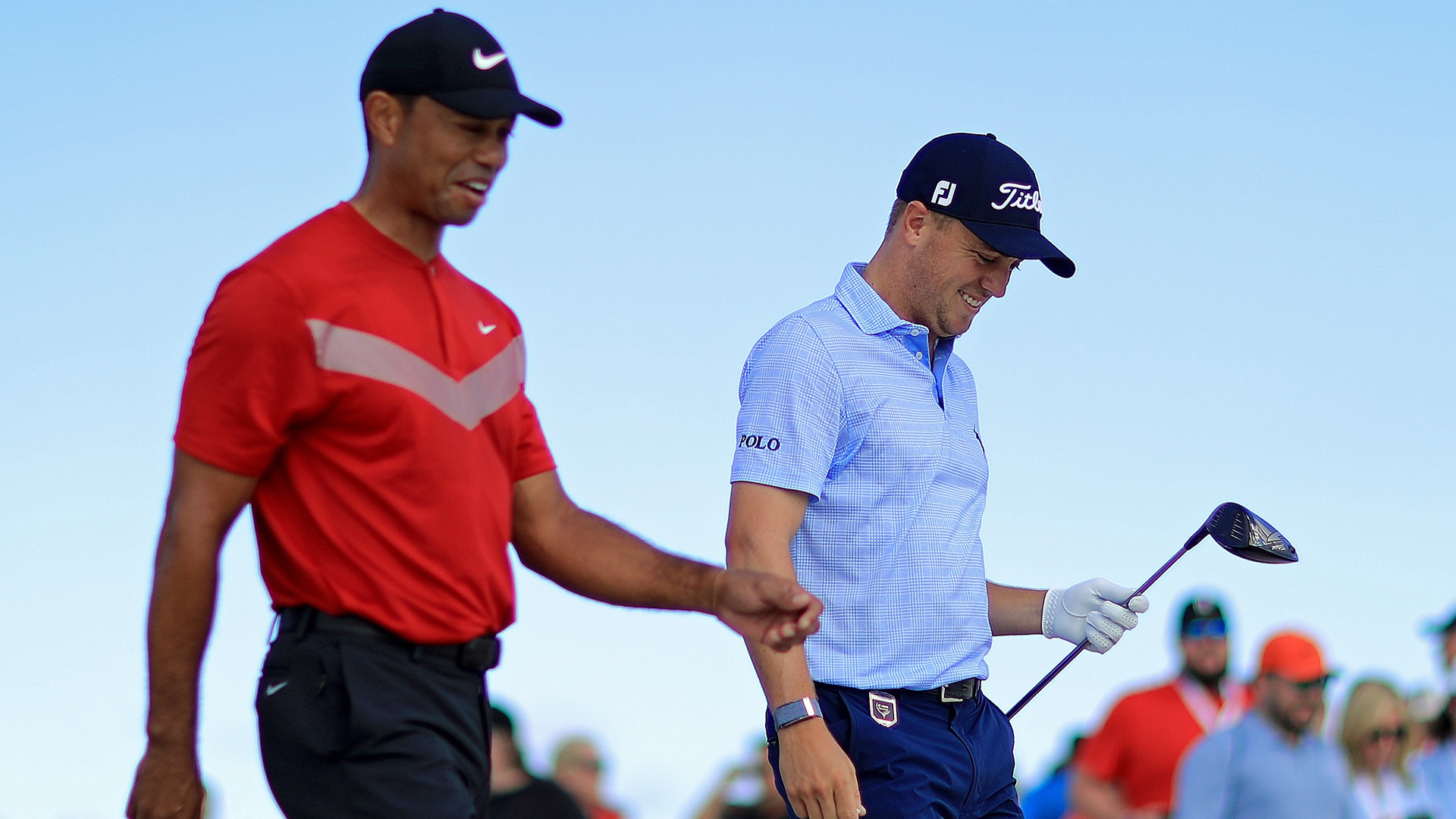 LOS ANGELES – Playing with Tiger Woods is supposed to be an acquired skill. The inside-the-ropes presence. The large crowds. The distractions. No wonder a psychologist studied Woods’ effect on his playing partners in the mid-2000s and concluded that he won not only because of his immense skill, but also because of intimidation.

Justin Thomas didn’t compete against Woods in his athletic prime, but he’s had plenty of head-to-head opportunities over the past three years – and he’s bucked the trend of the so-called Tiger Effect.

Thursday’s opening round will be the 15th time they’ve been grouped together in a tournament. Thomas has bettered Woods 10 times, lost to him only once and tied him on three occasions. Oh, what frequent victims like Phil Mickelson and Ernie Els would have done for that winning percentage.

On Wednesday, Thomas was asked the secret to his success in that fraught arena.

“I’m not exactly sure what it is, but I know that I’ve had some really, really good rounds of golf with him, and I hope to have some more.”

Of course, there was one teachable moment. In December at the Hero World Challenge, Thomas was battling for the title when he became more concerned with beating Woods than the rest of the field. Thomas promptly stalled, bogeying the 13th hole and then making a mess of 18, recording his lone loss to Woods and leaving the event fuming.

“I was really, really pissed after that event,” he said. “I feel like I should have won that tournament handily, and I didn’t because I didn’t handle the situation very well. But I learned from it.”

When asked this week what impresses him most about Thomas, Woods pointed to the 26-year-old’s competitive fire. “JT always wants to win,” he said. “He’s highly motivated and extremely competitive.”

Thomas said the only time he’s rooting for someone else is when he’s in the clubhouse, with no chance to win. Other than that ...

“It doesn’t matter how close I am with someone,” Thomas said. “I want to beat them so bad that they want to quit golf. I don’t care if it’s Tiger. If it’s Jordan (Spieth). If it’s Rickie. If it’s Jack Nicklaus. I don’t care. I’m out here to beat everybody.”