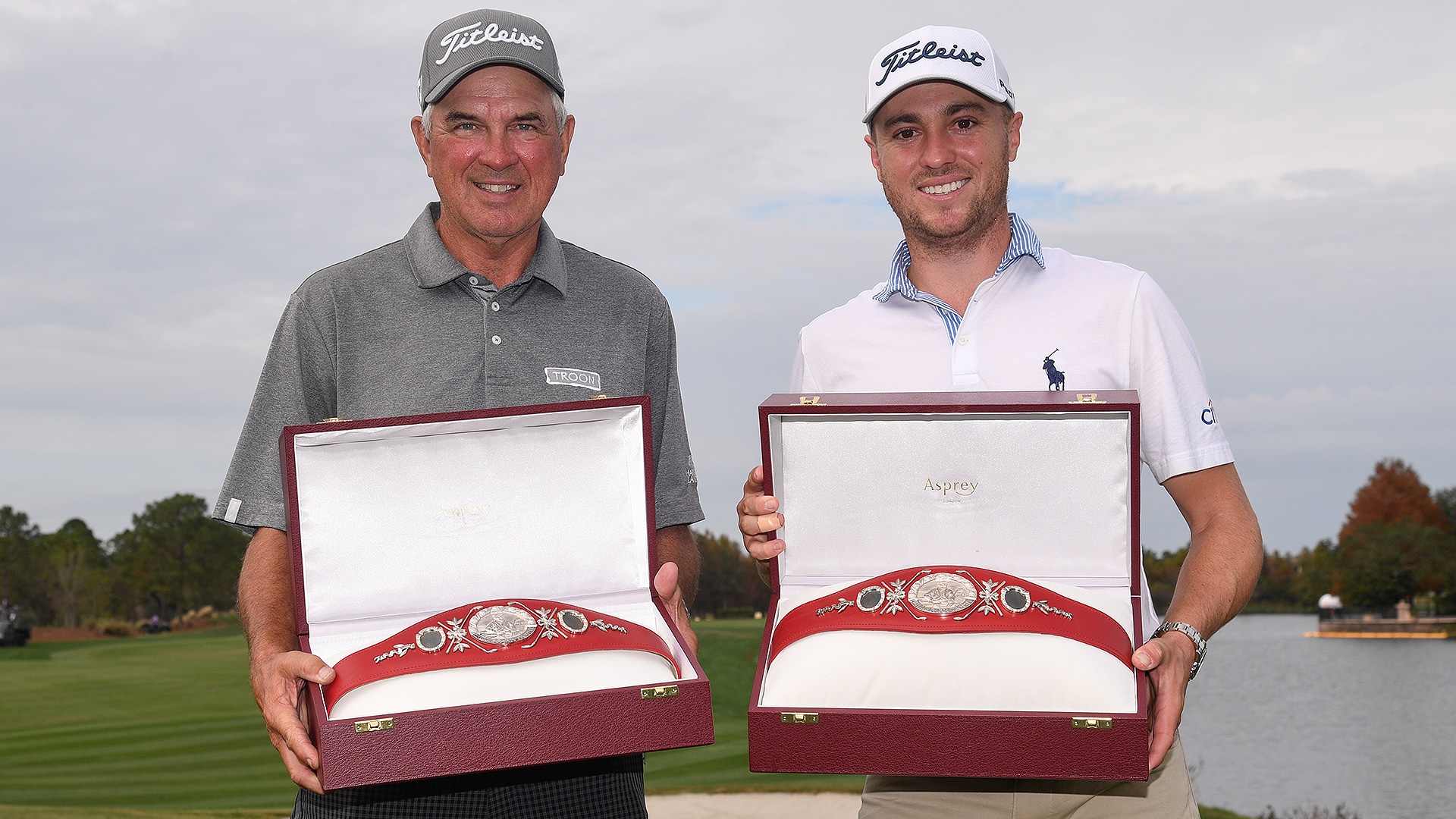 If the highlight of last month’s PNC Championship was 11-year-old Charlie Woods, son of 15-time major champion Tiger, the endearing sideshow was the feisty banter between the younger Woods and Justin Thomas.

Thomas and Charlie Woods have an ongoing rivalry that includes regular putting competitions and at the PNC Championship, where Thomas was teamed with his father, Mike, that rivalry was intensified by the Thomas’ victory.

Asked Wednesday at the Sentry Tournament of Champions if he’d had a chance to show off his champion's belt for winning the team event to Tiger and his son, Thomas smiled and said, “We had dinner with him around the holidays and we both wore our belts over there.” 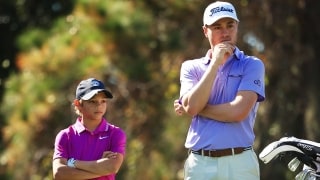 Remember when Justin Thomas was talking about Charlie Woods' trash-talking ability? We got to see it on display Saturday.

The humble brag went over well with the hosts and Thomas said Tiger and Charlie Woods were not surprised that the good-natured trash talking continues between the two families.

“We would expect them to do the same thing. Charlie just kind of laughed when he saw us and Tiger just said, you know, well done, well played,” Thomas said. “It was all in good fun. But they fully expected it, I think.”