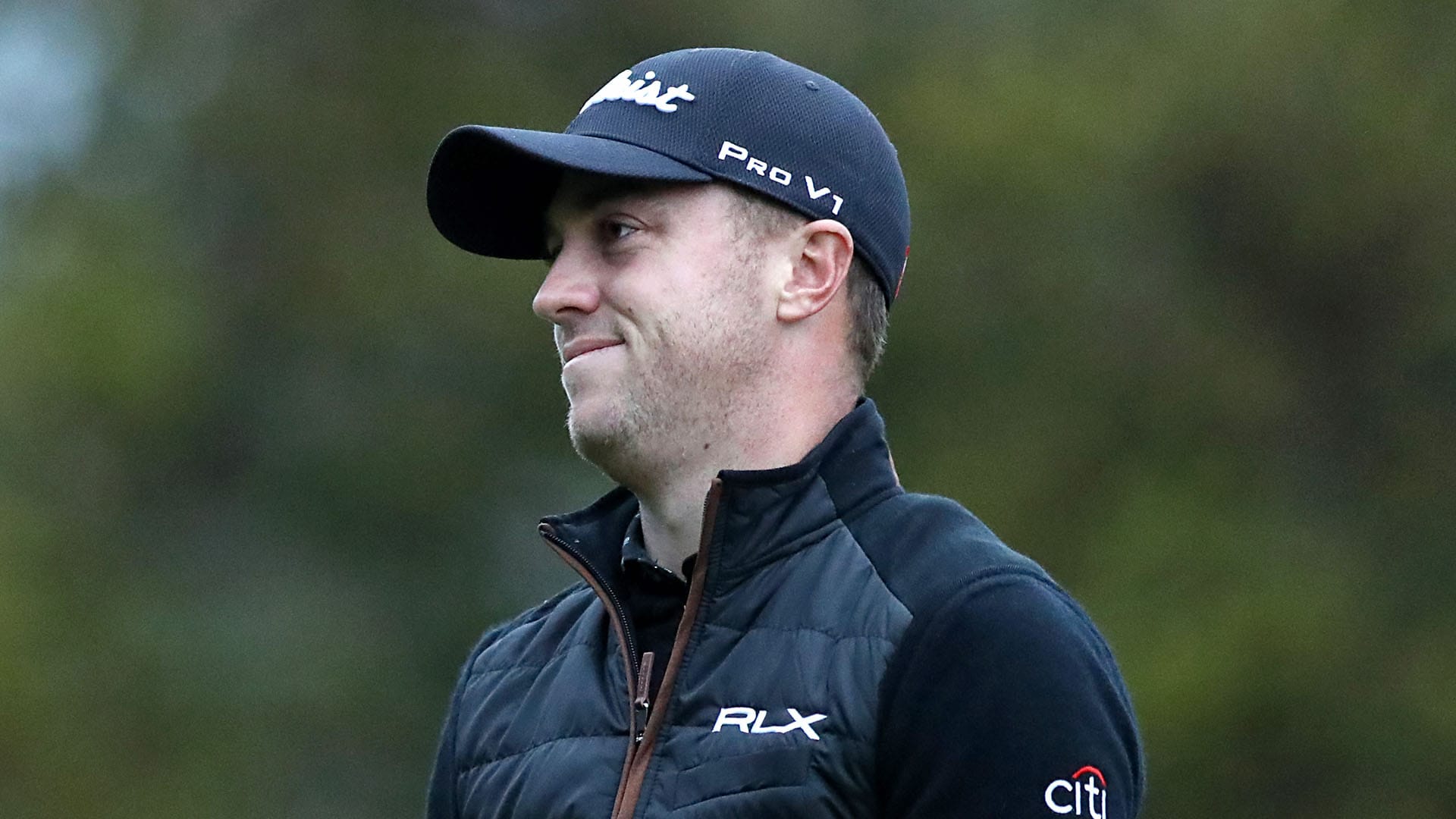 LOS ANGELES – When Justin Thomas was playing junior golf, his father, Mike, would ask him at the end of each round: “How many?”

Mike Thomas wasn’t inquiring about birdies or putts. Instead, he wanted to know how many fairway woods his son had to hit for his approach shots into par 4s. That seems like a lifetime ago for Justin Thomas, who ranked 11th last season in driving distance on the PGA Tour with a 311.8-yard average.

Those memories came flooding back on Friday as Thomas endured blustery conditions and periodic downpours at the weather-delayed Genesis Open.

“I hit three 5-woods into par 4s in the second round,” laughed Thomas, who was tied for the lead after two rounds at 11 under. “I can't tell you the last time that happened. I was probably 11 the last time I did that.”

Riviera Country Club played particularly brutal late Friday as Thomas was making the turn for his second round. After hitting his drive on the par-4 second hole just 260 yards, he had 220 yards to the hole, which was playing uphill and into a cold wind.

“That was ridiculous. That was probably when it was raining the hardest so I couldn't really see,” Thomas said of his 5-wood approach shot that landed 10 feet from the pin and set up a rare birdie on the hole. “I couldn't see it, so I just kind of hit it and I ran under the umbrella. That was basically like an eagle, that was a steal.”

Despite the conditions, Thomas managed to make 14 birdies over 30 holes on Friday before play was halted because of darkness. When he returned to complete his second round early Saturday, he added one more birdie at No. 5 to finish with a 6-under 65.

Thomas did add a highlight-reel moment on Saturday after missing his tee shot at the par-3 sixth hole short and right. Still on the green, but with the center bunker between he and the hole, Thomas decided to hit a wedge shot and pulled it off, hitting to tap-in range.

“If the greens were normal, I wouldn't have been able to take that route as easily. I would have had to hit it perfect with a lot more spin,” he said.