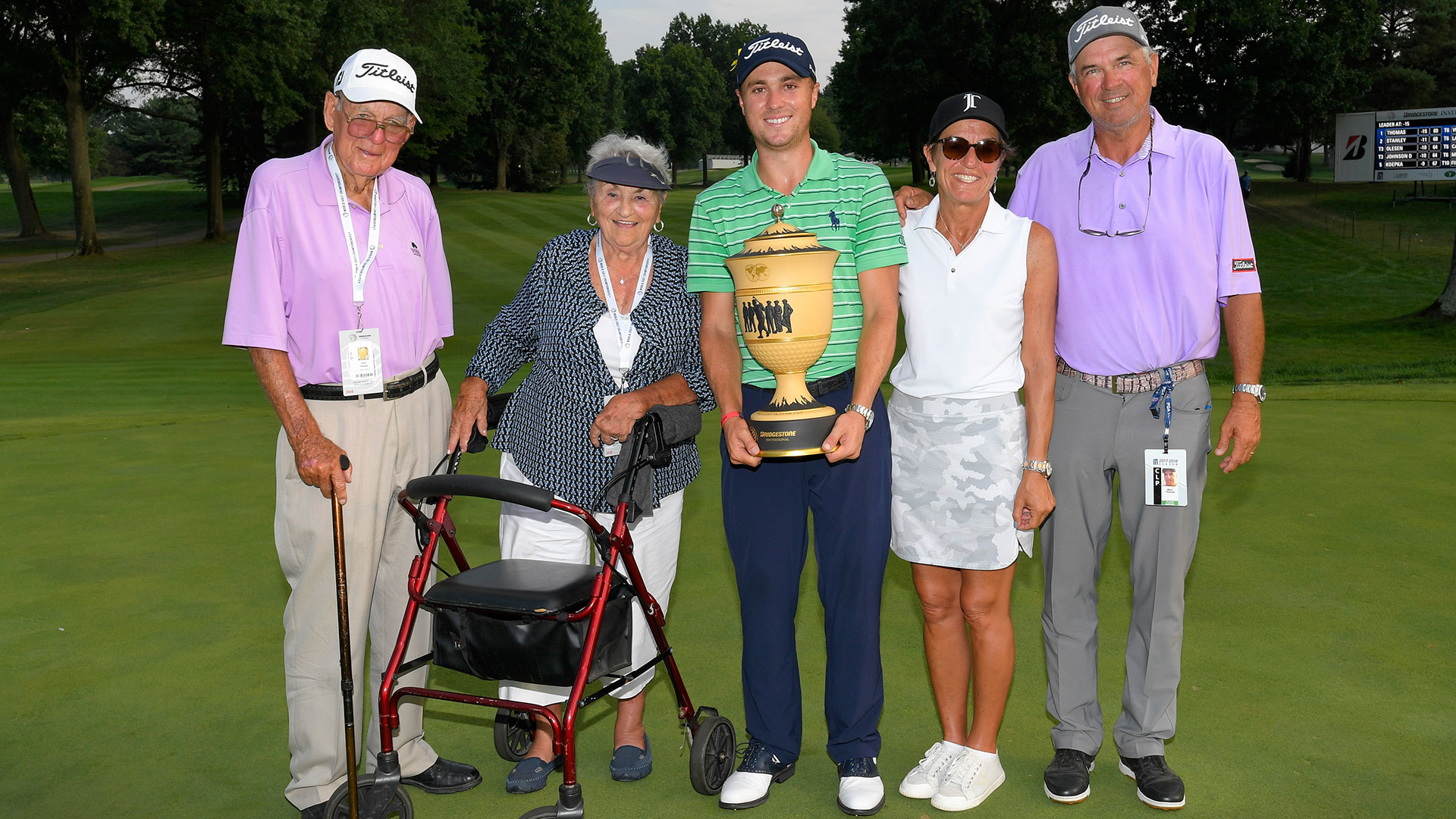 Justin Thomas never faced a serious challenge on Sunday, and he cruised to his third win of the season at the WGC-Bridgestone Invitational. Here's the lowdown from the finale at Firestone.

What it means: Thomas was never really in any danger of losing the title on Sunday as most of his closest pursuers didn't put up a fight. Thomas only needed two birdies and a bogey to easily win his first WGC title and his ninth career PGA Tour title. It was also his eighth title in the last two seasons, putting him one ahead of Dustin Johnson for the most titles in that span. Thomas joined an elite group of four players who in the last 30 years have won nine or more PGA Tour titles before age 26 - Phil Mickelson, Tiger Woods, Jordan Spieth and Rory McIlroy. Thomas' big week came at a great time, too, as he is set to defend the PGA Championship next week at Bellerive.

Round of the day: A week after winning the Canadian Open, Johnson made a putter switch over the weekend to shoot 66-64 for a T-3 finish. Johnson shot a 6-under 29 on the front, but he couldn't keep his momentum going on an even-par back nine. Thorbjørn Olesen joined Johnson in third place after also shooting a 64. Olesen likely locked up a spot on the European Ryder Cup team.

Best of the rest: Aaron Wise ended a long stretch of poor play with a 67-67 weekend and a T-6 finish. Before this week, Wise had missed five straight cuts since winning the Byron Nelson.

Biggest disappointment: Anyone who started the day with a chance to catch Thomas. Just like at the Masters, Rory McIlroy played poorly in the final pairing. He quickly fell out of contention with a 2-over front nine and finished T-6 after a 3-over 73. Ian Poulter shot a 4-over 74. Jason Day made a brief run, but he played the last six holes in 5 over par to finish T- 10.

Shot of the day: Thomas got out of trouble on No. 1 with this incredible shot from a fairway bunker: