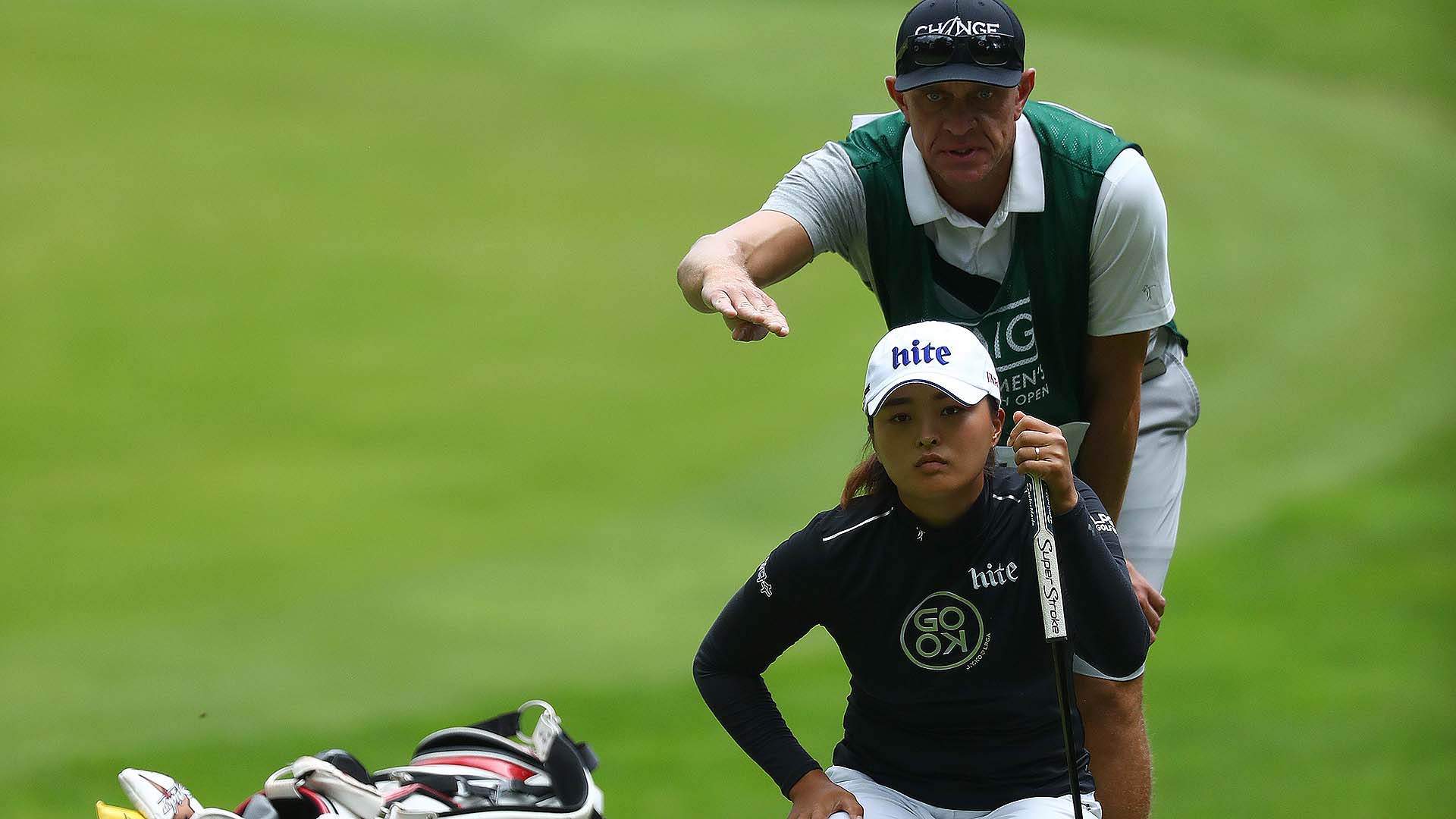 WOBURN, England – Jin Young Ko put herself in early position to join some legends of the game.

With a 4-under 68 Thursday at the AIG Women’s British Open, Ko moved just three shots off the lead.

She appears to still be riding momentum from her victory last week at the Evian Championship.

“Oh yeah,” said David Brooker, her caddie. “On the front nine today, we had nine looks at birdies, the longest from 18 feet. It was some of the best golf I have seen from her all year.”

Brooker said he hasn’t detected any fatigue or let down after the Evian triumph.

“After she won the ANA [in April], she was definitely exhausted mentally,” Brooker said. “She wanted a week off, but I could tell yesterday that she was fine. She said she didn’t feel tired mentally.”

With most Women’s British Open setups, Ko would be going from her victory on the mountain course at the Evian Championship last week to a completely different kind of test on a links course this week. With Woburn Golf Club hosting, she’s going from one parkland course to another.

Does it help her quest?

“For sure,” Ko said. “They feel like the same kind of courses. It feels similar to last week.”

That doesn’t mean Ko wouldn’t be formidable if the Women’s British were being played on a links.

“In her showing at Turnberry, playing a links course for the first time, she showed she loves links,” Brooker said. “I think she’s disappointed we aren’t on a links this week, but she loves this golf course, too.”