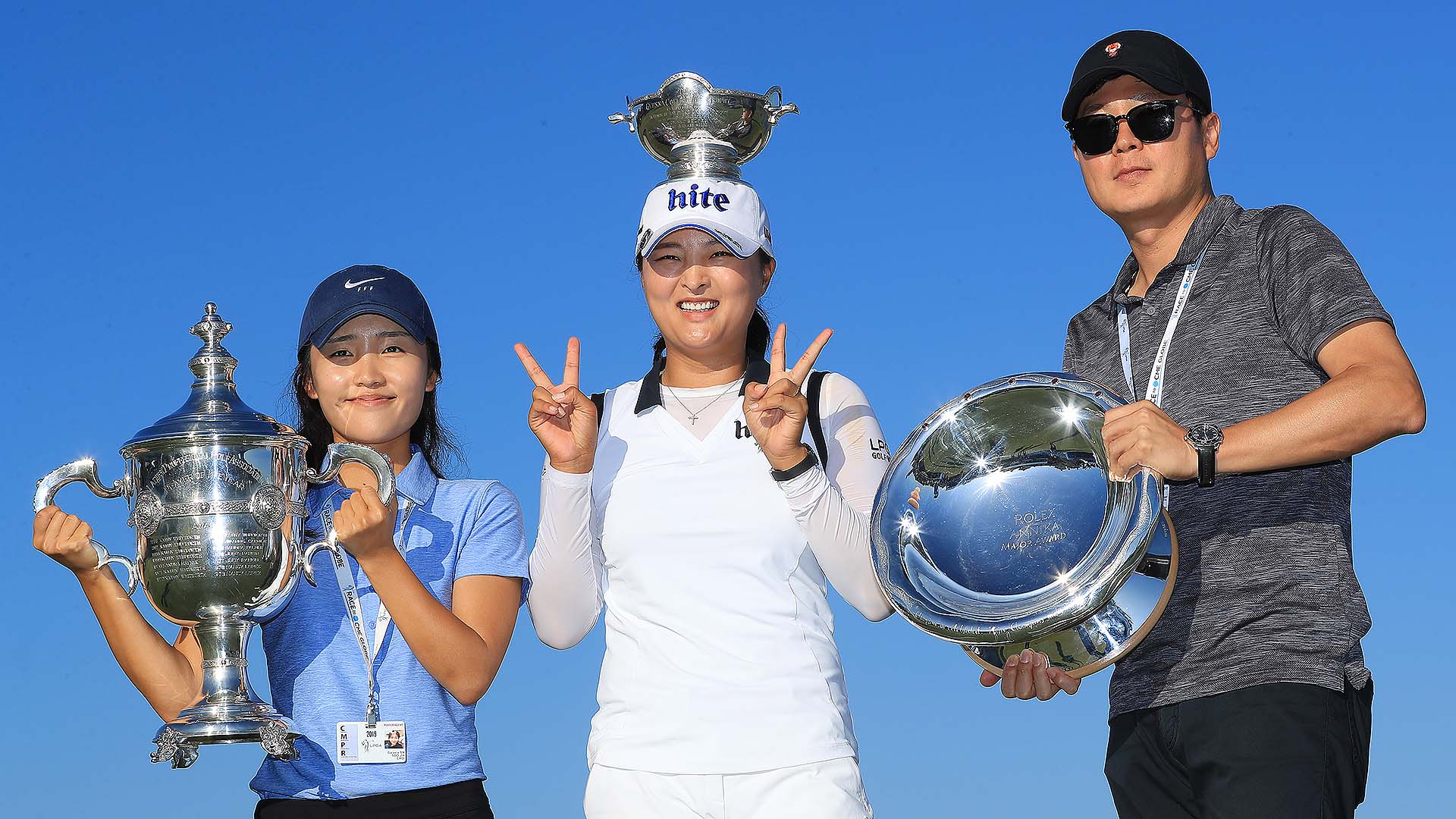 She swept the LPGA’s major season-long awards with her finish Sunday at the CME Group Tour Championship.

“I want to say that this is not the end but only the beginning,” Ko said at the Rolex LPGA Awards dinner. “I will work even harder to become a better golfer.”

Ko, whose four victories this season included two major championships, closed with a 1-under 71 Sunday to finish the CME Group Tour Championship tied for 11th. She ended the year with a 69.062 scoring average and with $2,773,894 in earnings.