Kang gets 'Tour Boyfriend Things' assistance ahead of Women's PGA 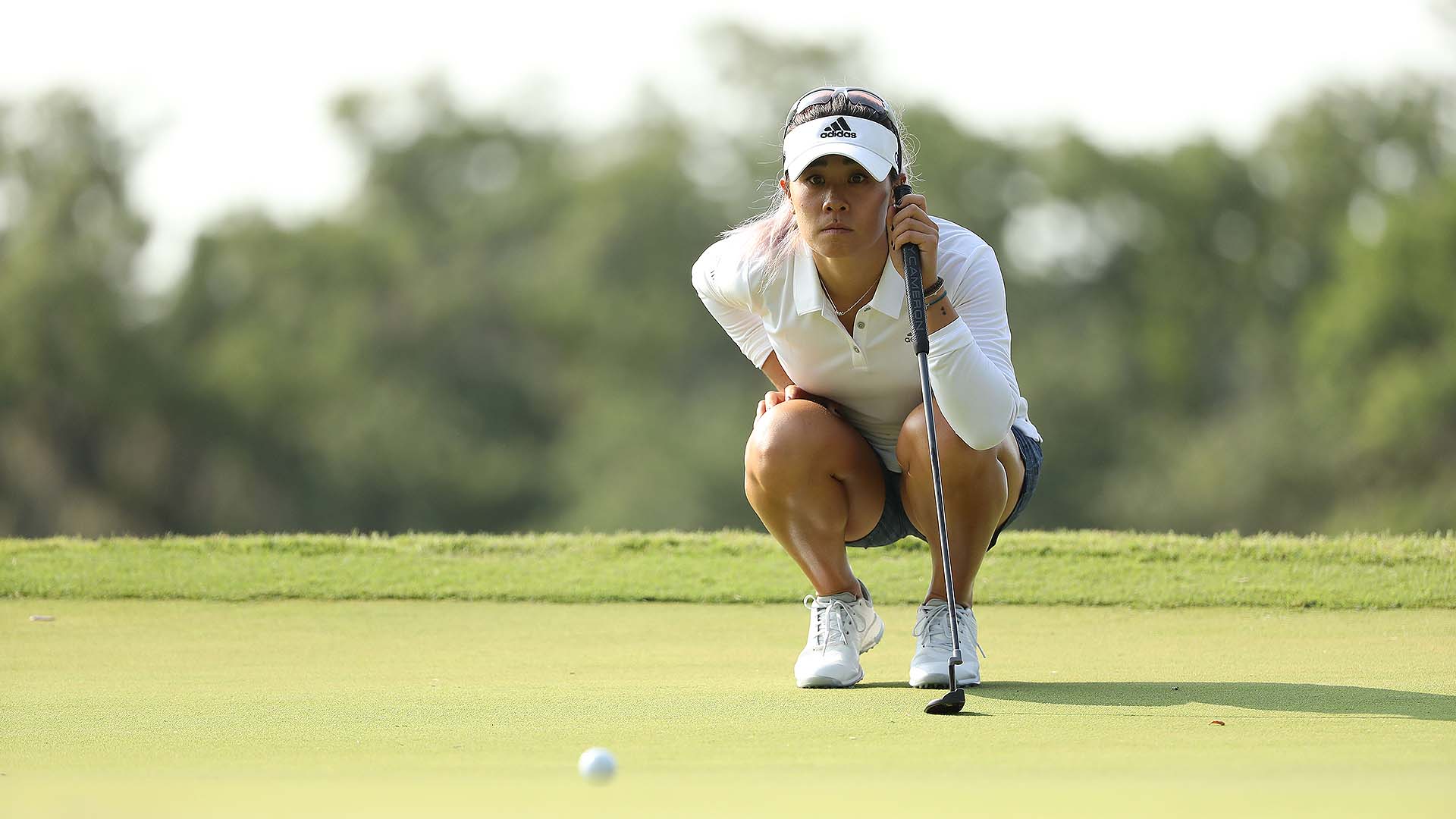 CHASKA, Minn. – If Danielle Kang wins the KPMG Women’s PGA Championship for the second time in three years, it might be because of “Tour Boyfriend Things.”

That’s what Maverick McNealy is calling his assistance.

Kang revealed at season’s start that she was dating McNealy, the former Stanford star and up-and-coming Web.com Tour pro. He’s here this week helping Kang scout Hazeltine National Golf Club. He walked with her in a practice round and played Tuesday’s pro-am with her.

“He calls it 'Tour Boyfriend Things,' throws the golf balls, shows me different lies, what kind of shot I might get,” Kang said. “And if he sees something, he just goes, `Hey, remember, it's going to be really into the grain over there.

“We joke around that he dates me for my ball-striking, and I date him for help around the greens.”

Kang says the routing McNealy took around the course Tuesday wasn’t that helpful.

“He took lines today that were not even in play for us, because he played my tees,” Kang said. “He's going over these trees. My caddie goes, `I can't caddie for him. I don't know where he's going.’ He's hitting it so far, 330 into the wind.”

But McNealy’s offering other direction.

“We definitely help each other out, drills on the greens, and speed, and asking him if he sees anything that I should know on the golf course.”

Apparently, Kang wouldn’t mind a test as difficult as what McNealy plays week to week. She relishes tough setups.

“Any golf course that is the most penalizing golf course would be the golf course I like to play,” Kang said. “I want it to be absolutely demoralizing, penalizing. I don't want anyone to be OK if they miss the fairway.