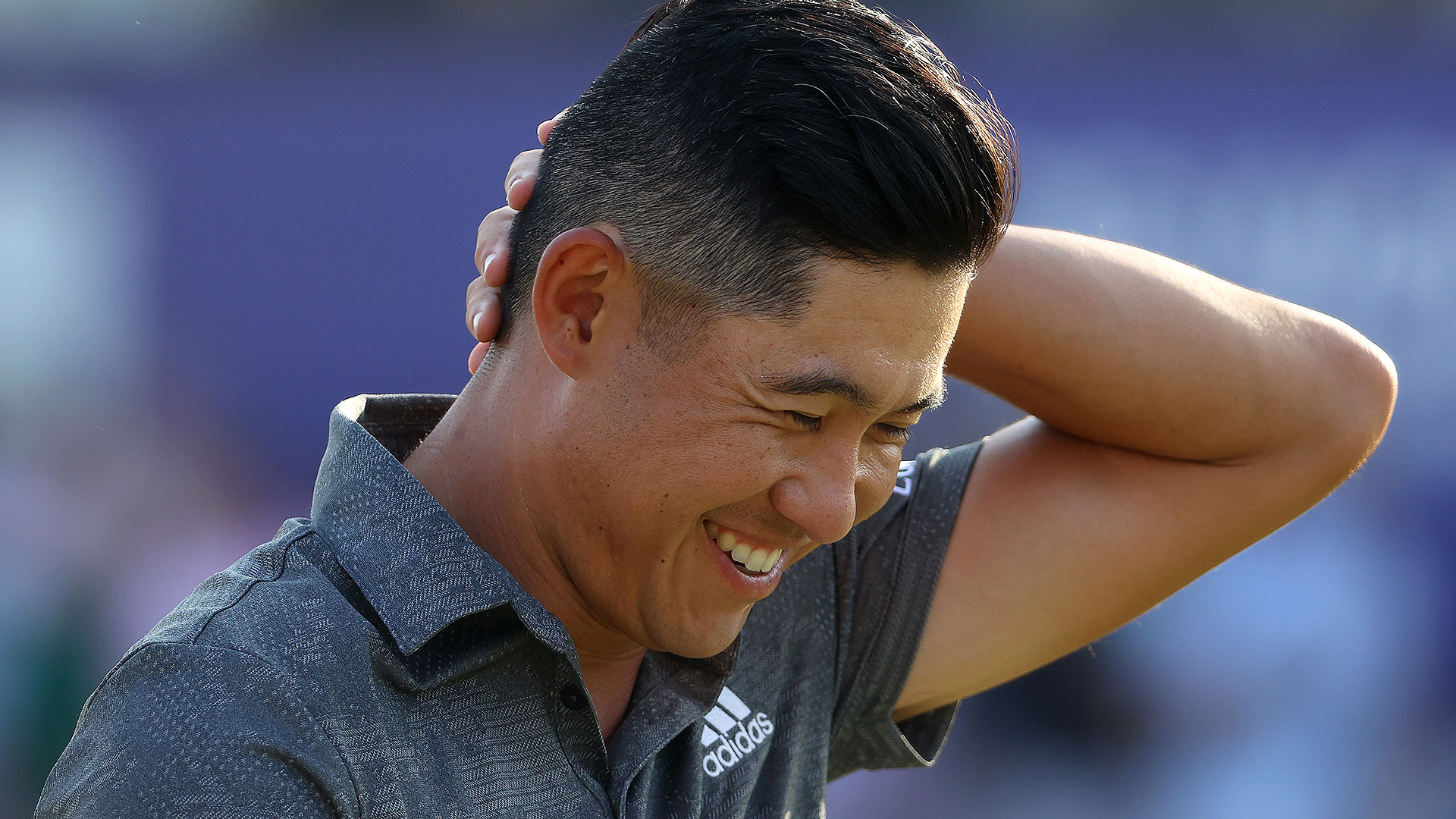 Collin Morikawa shot his second consecutive 4-under 68 on Friday at the DP World Tour Championship, thanks in part to a little help from a hazard post.

Playing the par-3 17th at Jumeirah Golf Estates in Dubai, Morikawa’s tee shot appeared headed for the water before it clanked off the narrow, yellow stake and remained dry.

"I was hoping it would be in the bunker and kept watching and thought it was going to be in the water. Did that actually last year to the same pin. Wasn't a good feeling when the ball was in the air," Morikawa said after finishing his round. "Got a lucky break and took advantage of it and made par, and those are the kind of breaks you need heading into the weekend whether I'm going to be four or five shots back."

He's only two off the 36-hole lead, held by Shane Lowry, John Catlin and Sam Horsfield. After the save at 17, Morikawa birdied the par-5 18th. A little while later, Rory McIlroy, who was leading the tournament, made double bogey on the final hole to fall from 11 under to 9 under. McIlroy and Morikawa will play alongside each other in the third round.

The 24-year-old Morikawa is looking to become the first American to win the Race to Dubai. He currently leads the season-long points list. No. 2 on the list, Billy Horschel, shot 70 on Friday and is at even par for the tournament.