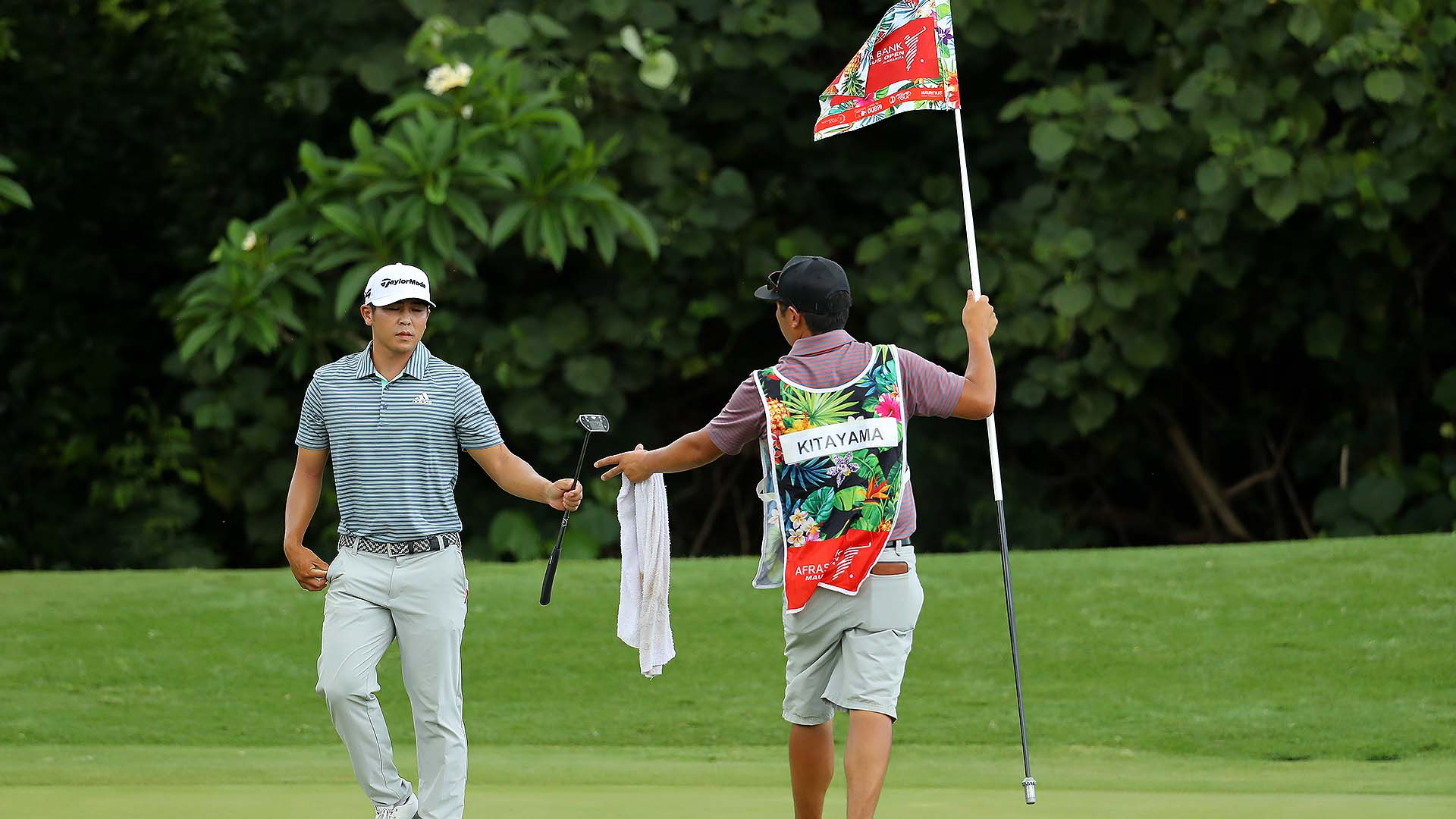 BEAU CHAMP, Mauritius - Kurt Kitayama and Justin Harding were tied for the lead at 16 under and held a three-shot advantage heading into the final round of the Mauritius Open on Saturday.

Harding jumped six places to join overnight leader Kitayama out in front after an 8-under 64 in the third round. Kitayama carded a 2-under 70.

Victor Perez was still in position to continue his fabulous start to life on the European Tour after a 71 put him within four shots of the lead. Perez qualified from the Challenge Tour and finished tied for third last weekend at the season-opening Hong Kong Open.

Defending champion Dylan Frittelli climbed up the leaderboard in Mauritius with a 68 to go to 9 under overall and into a tie for 12th.

Ernie Els was 6 under.