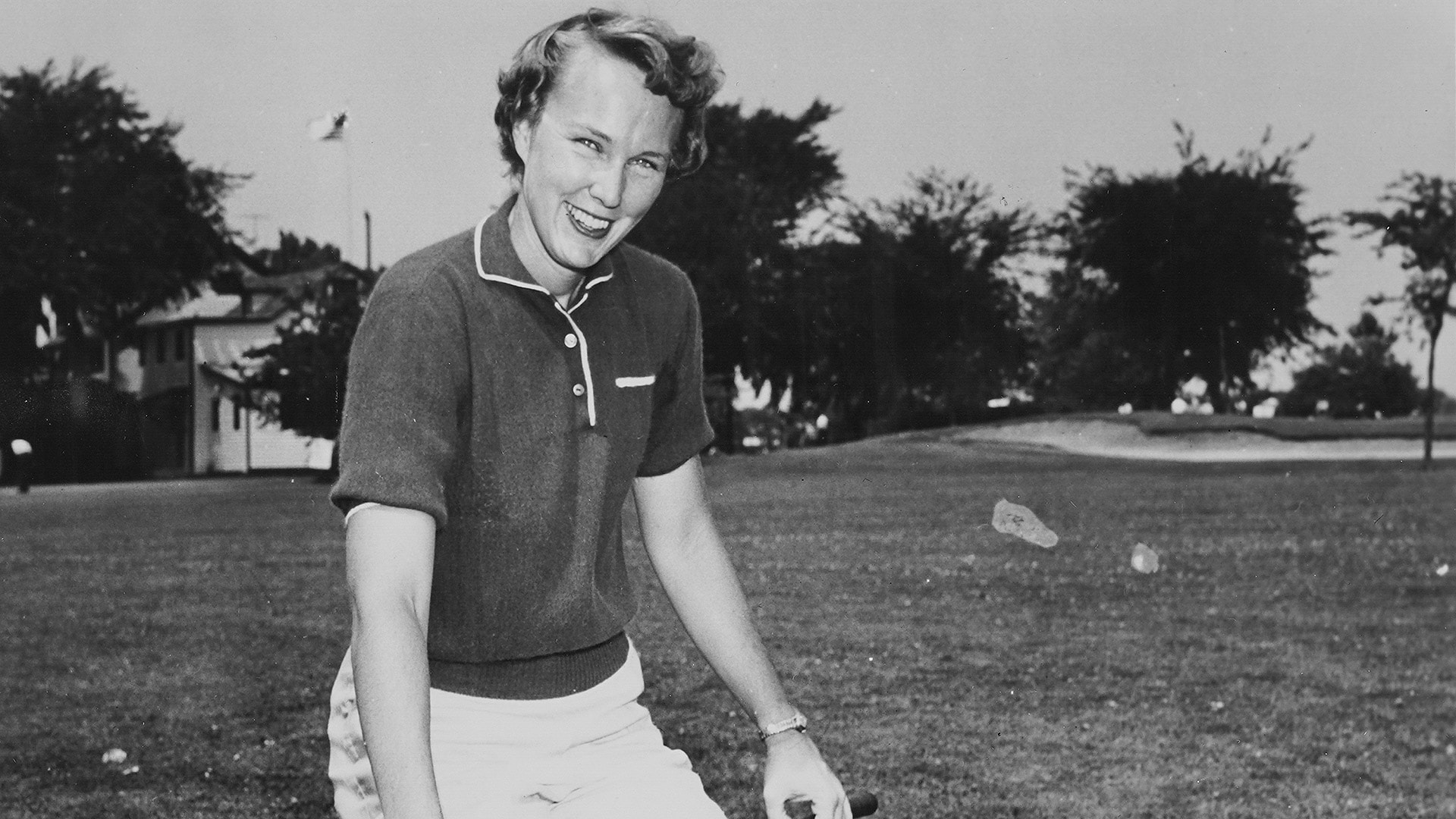 She retired from public life.

Wright, remembered as the best woman to ever play the game with news of her death on Monday, was a consummate professional. She took her responsibilities to fans and media seriously for the better part of five decades, despite how uncomfortable public life made her.

“I was always shy,” she once said. “It has always been more natural for me to back off from people.”

But Wright knew how important her marketing role was to the health of the tour.

In 1963 and ’64, she won 24 times combined while also serving as president of the LPGA. She said she played a lot more than she wanted to play to appease sponsors who threatened to cancel events if she didn’t compete. She also led countless golf clinics.

That all took a physical and emotional toll on her.

At 34, after winning at least one LPGA event over 14 consecutive years, she left the tour as a full-time player. The foot problems plaguing her weren’t the sole reason.

“There were some physical things, but it was mainly, I think they call it burn out today,” Wright told Golf Channel’s Rich Lerner in an interview five years ago. “I think I had done whatever I could do, and I was exhausted.”

In 1995, Wright played her final tournament round at the Sprint Senior Challenge in Daytona Beach, Florida. She birdied the final hole she ever played.

After that, she virtually disappeared from public life. She didn’t appear on camera in that interview with Lerner. Instead, her voice was laid over photos and video. She didn’t attend the LPGA’s 50-year anniversary celebration in 2000, even though it was near her Florida home, and she passed on an invitation to appear at the USGA Museum’s unveiling of its Mickey Wright Room in 2012.

“I made a decision at age 60 that I just would not have any more pictures taken and would not do any more things,” Wright told Lerner. “I figured I had done what I needed to do. I’d played golf tournaments from the age of 15 at the USGA Junior to the age of 60 at the Sprint Senior tournament, and I had done a lot of speaking, and I figured that was enough. That’s all I wanted to do.”

Wright did phone interviews to help promote the USGA Museum’s unveiling, and occasionally other phone interviews with reporters over the years, and she sometimes exchanged emails with media, but she kept the latter part of her life mostly hidden from public view.

Wright shared how she liked to hit balls from her back porch onto a fairway of the golf course she lived on after retiring in Port St. Lucie, Florida, how she liked to fish, and how much pride she took in playing the stock market well.

The LPGA still mattered to her in all her years away.

“Oh yes, she followed the game,” said Kathy Whitworth, the only player to win more LPGA titles than Wright (88 to 82). “She liked to talk about today’s players, who was doing what, and who the new players were. She followed them all, the South Koreans, the Japanese players. She kept up with the men and the women.”

Whitworth knows, because she’s one of the lucky ones, one of the former tour sisters Wright kept in contact with. In fact, Whitworth probably saw and communicated more with Wright than any other former player.

“We did a lot of emailing, and, periodically, talking on the phone,” Whitworth said. “I really felt like I got to know her better after we stopped competing.”

Whitworth said Wright was always friendly to her on tour, even as they squared off so often as the dominant players in the ‘60s. They combined to win 21 of the LPGA’s 32 events in 1963.

When Whitworth won her 83rd LPGA title, surpassing Wright as most in the history of the tour, Whitworth sent Wright a bouquet of roses.

“Every time I played with Mickey was special,” Whitworth said. “She beat up on me. Occasionally, I came out on top, but that was only because Mickey was having a bad day.”

That’s the quintessentially humble Whitworth, who insists Wright would have won more than 100 LPGA titles if she hadn’t pulled away from the game so early.

Whitworth said she and Wright began forging a stronger friendship when they teamed to become the first women to play in the Legends of Golf team event in Austin, Texas, in 1985.

Fred Raphael, a tournament official, called and asked Whitworth if she wanted to play.

“Fred said Mickey would play if I played with her, and that tickled me to no end,” Whitworth said. “I said, ‘Sign me up.’”

That’s when Whitworth came to appreciate the depth of Wright’s insights.

“We got closer as time went on, talking on the phone and emailing,” Whitworth said. “She was just one of the smartest people I’ve ever met, with a great view about things.”

“She would never say anything unless you asked,” Whitworth said. “But when you did, you could always depend on her telling you how it was, or how she thought it was, and she was always pretty right on.

“She wouldn’t try to protect my feelings.”

“She was honest and up front, but also gracious and kind,” Whitworth said. “She was just fun to talk to.”

Whitworth last saw Wright about five years ago. Whenever she was in Florida, she would try to stop by and see Wright.

“She had such great knowledge of the game, not just about the swing, but, mainly, mentally about the game,” Whitworth said.

Judy Rankin, another fellow Hall of Famer, was also among those who enjoyed the thrill of being within Wright’s comfort zone in those retirement years.

“When you got a call from Mickey, it was kind of like when Jack Nicklaus called,” Rankin said. “You walked a little differently when you got off the phone, just because of who they are, and that you’re lucky enough to know them.

“Really, how many people do you know in your life who are the best at what they do, and they’re still really nice people?”

“We talked a number of times about that,” Rankin said.

“Mickey might not say a lot, but she would say it pretty well, and you would think about it a little bit,” Rankin said.

JoAnne Carner, another LPGA Hall of Famer, got a special call from Wright back before the USGA Museum honored Wright with her room.

“She asked me to give a speech for her there,” Carner said. “She never really liked to give speeches.”

Carner saw how Wright balanced her love of golf against her struggle in the public eye.

“Mickey was all business, but she was fun to play with, because she enjoyed the game so immensely,” Carner said.

Hall of Famer Beth Daniel played with the icon Wright while Daniel was still an amateur on an LPGA special invite, and they made a big impression on each other.

“There wasn’t a lot of chitchat, there never was with Mickey,” Daniel said. “But it was pretty special for me, to be inside the ropes with her, to see her close up. She’s our GOAT, our ‘greatest of all time.’ It’s something I’ll never forget.”

Before Daniel hit the tour as a rookie, Wright paved the way for her.

“Mickey made the comment, ‘If you think Nancy Lopez is great, wait until you see Beth Daniel,’” Daniel remembers. “It was really something for her to say that. It’s probably the greatest compliment she could give me . . . but there was pressure with that.”

Curiously, Wright struck up a penpal-like relationship with amateur phenom Lucy Li late in life. Li was 11 when she qualified for the U.S. Women’s Open. Wright was almost 80 at the time.

Rankin wishes Wright would have been more comfortable sharing her insights with the rest of the world later in her life, because she believes Wright still had so much insight to give the game.

“Very few people knew Mickey well, it’s just who Mickey was, and she was true to herself,” Rankin said. “But I don’t know one person who knew Mickey who didn’t like her.” 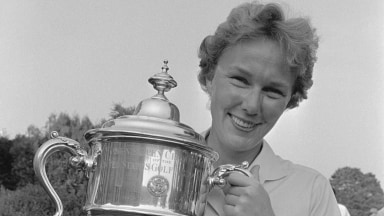 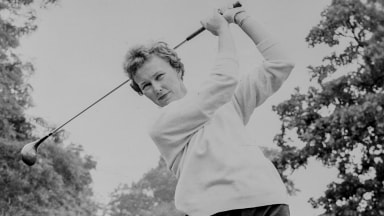