Koepka: 'You're actually, probably, getting the real me now' 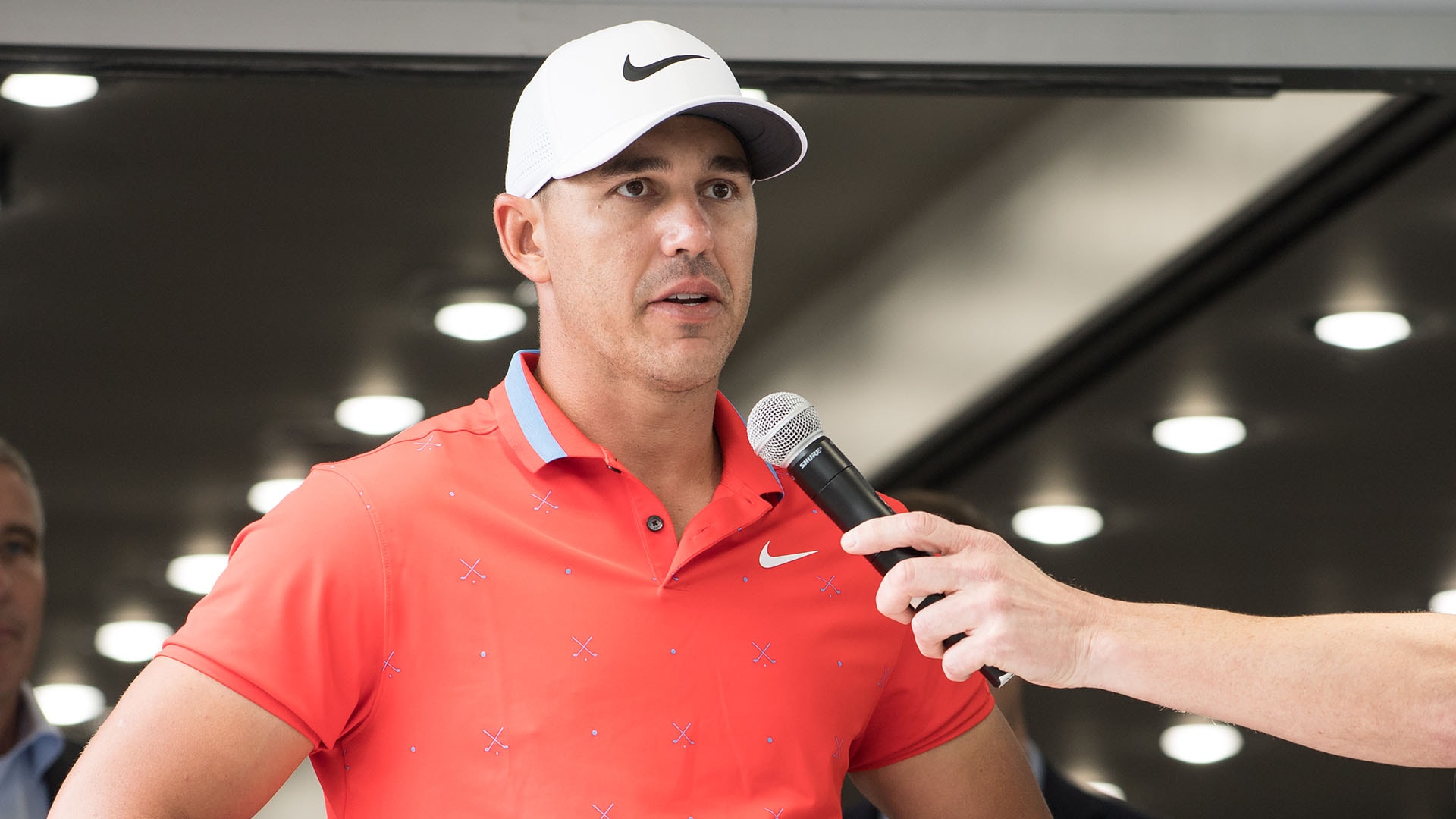 He did wake up earlier this season believing he was established enough to step up as one of the Tour’s strong voices.

Three major championship trophies on your mantel will do that.

“You’re actually, probably, getting the real me now,” Koepka said after playing the Honda Classic pro-am Wednesday. “I think, before, I was just trying to be politically correct, not stir any bubbles and just kind of go on with things and be unnoticed.”

He sure isn’t that guy anymore.

Koepka is making headlines for more than his game this year, calling out Sergio Garcia for “acting like a child” with those tantrums at the Saudi International, and calling out Bryson DeChambeau and the game’s governing bodies because “no one ever has the balls to penalize” slow play. Koepka also broke the news that Patrick Reed “kind of apologized” to Ryder Cup teammates.

So what’s the deal with all the unfiltered candor?

“I feel like now, where I’ve put myself in the game, I’ve kind of established myself,” Koepka said. “I feel like I actually do have a voice, and it will be heard. I can do that now, where when you’ve won once on the PGA Tour, you can’t really say the thing you want to say.”

Koepka won’t be withdrawing into a shell anytime soon.

“There are a lot of things I’ve got opinions on,” he said. “I’m going to say it now. I’m not going to hold anything back.”

There was another factor in Koepka deciding it was time to begin speaking his mind about the issues of the day in his sport. He’s an NBA fan. He’s an athlete who mixes easily with athletes from other sports. He sees how NBA players shape conversations in their sport.

“I don’t think I’m speaking anything but the truth.”

Rory McIlroy, Jordan Spieth, Jason Day and DeChambeau are among the them.

So is Justin Thomas, the defending champion this week. He didn’t hesitate speaking up to get a heckler thrown out of the final round of last year’s event, then afterward eloquently defending the game’s principles.

“Somehow, he was one of the most underrated players ever, and, no offense, but nobody really talked to him,” Thomas said of media interest. “It's not that he wasn't speaking his mind. There was no one to speak his mind to, other than us.”

Thomas appreciates Koepka’s candor. He said there are times when it’s required.

“I'm very similar,” Thomas said. “There's no reason for me to sit up here and tell you guys that I think the Rules of Golf, the changes, are great, because I don't. I think they're terrible. So, why would I say that? I think anything you can do that's going to change the game positively, or have a good impact on something, then there's no reason to feel like you need to hold back.”

With Koepka 28 and Thomas 25, these guys might just be clearing their throats.

“There are a lot of good things [in the game], and there are some things that need to be changed,” Koepka said.