For Korean women, golf is a double-edged sword 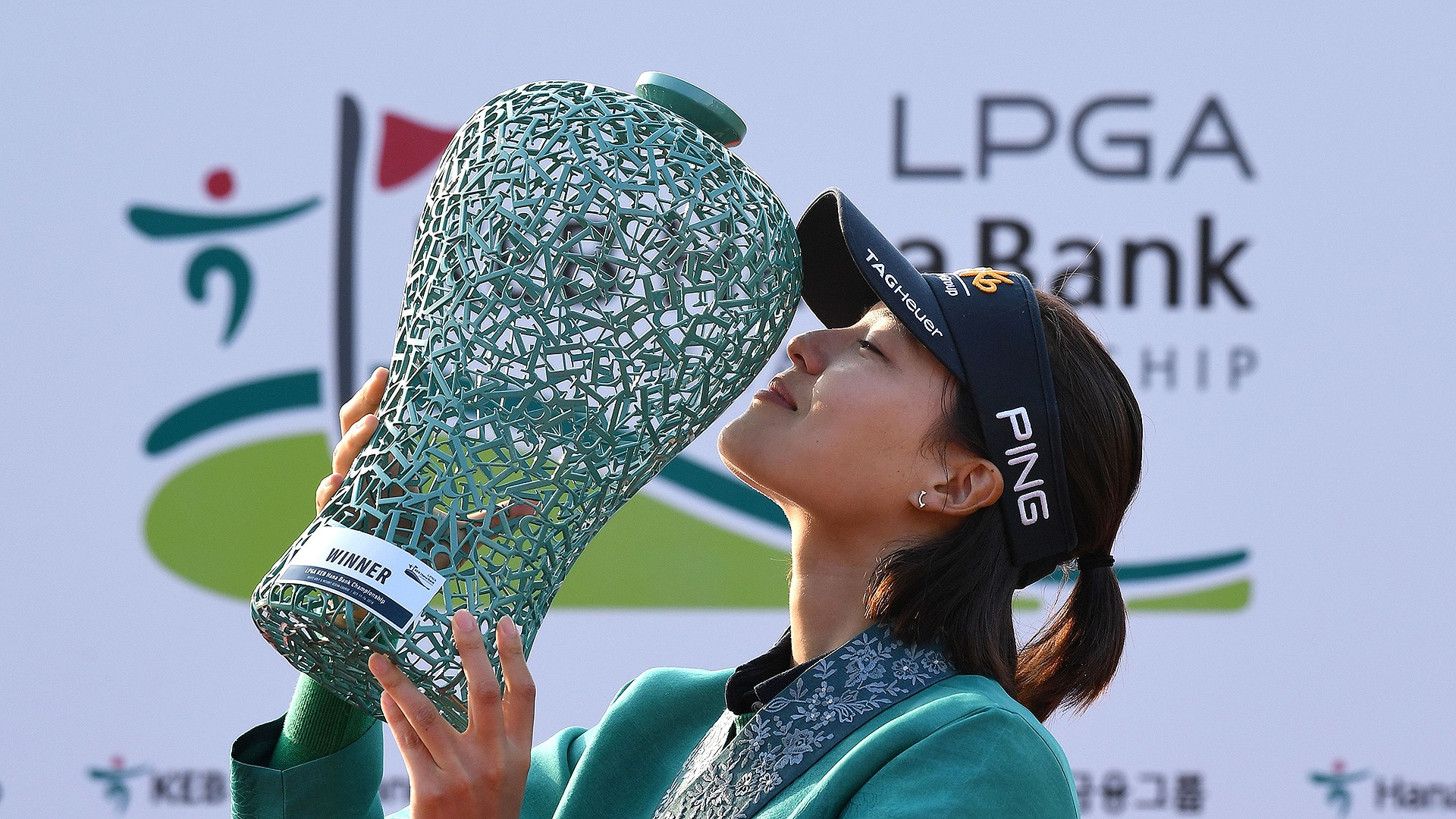 There is always a story behind the tears.

For In Gee Chun, it’s a story about more than her victory Sunday at the KEB Hana Bank Championship.

It’s about the other side of the Korean passion that runs so deep in women’s golf and that makes female players feel like rock stars.

It’s about the unrelenting pressure that comes with all that popularity.

Chun explained where her tears came from after her victory. She opened up about the emotional struggle she has faced trying to live up to the soaring expectations that come with being a young Korean superstar.

Her coach, Won Park, told GolfChannel.com on Wednesday that there were times over the last year that Chun wanted to “run and hide from golf.” The pressure on her to end a two-year victory drought was mounting in distressing fashion.

Chun, 24, burst onto the world stage when she was 20, winning the U.S. Women’s Open before she was even an LPGA member. When she won the Evian Championship two years later, she joined Korean icon Se Ri Pak as the only players to win major championships as their first two LPGA titles.

Following up on those victories was challenging, with Chun feeling as if nothing short of winning was good enough to satisfy Korean expectations.

After the victory at Evian, Chun recorded six second-place finishes, runner-up finishes that felt like failures with questions growing back home over why she wasn’t closing out.

“There were comments that were quite vicious, that were very hard to take as a person and as a woman,” Chun said. “I really wanted to rise above that and not care about those comments, but I have to say, some of them lingered in my mind, and they really pierced my heart.”

Chun struggled going from the hottest star in South Korea to feeling like a disappointment. She slipped from No. 3 in the Rolex Women’s World Rankings to No. 27 going into last week’s KEB Hana Bank Championship. Maybe more significantly, she slipped from being the highest ranked Korean in the world to where she wasn’t even among the top 10 Koreans anymore.

“Some fans and the Korean golf media were hard on her, mostly on social media,” Park wrote GolfChannel.com in an email. “It caused her to start struggling with huge depression and socio phobia. She often wished to run away from golf and hide herself where there was no golf at all.”

Socio phobia includes the fear of being scrutinized or judged by others, according to the Mayo Clinic’s definition of conditions.

Though critics of South Korea’s dominance have complained about the machine-like nature of some those country’s stars, we’ve seen quite a bit of emotion from South Koreans on big stages this year.

After Sung Hyun Park won the KPMG Women’s PGA Championship in July, the world No. 1 with the steely stare uncharacteristically broke into tears.

“This is the first time feeling this kind of emotion,” Park said back then. “It’s been a really tough year for me.”

It was the second of her three victories this season, a year in which she also has missed seven cuts.

“A lot of pressure builds up,” said David Jones, her caddie. “That’s just what happens when you’re that good, and you’re Korean.”

While American players admire the massive popularity Koreans enjoy in their homeland, they see what comes with it.

“Koreans really do elevate their women players, but at the same time, they put a ton of pressure on them,” American Cristie Kerr said. “There’s pressure on them to not only be good, but to be attractive, and to do the right things culturally.”

So Yeon Ryu felt the pressure to perform build as high as she has ever felt with Koreans trying to qualify for the Olympics two years ago. The competition to make the four-woman team was intense, with so many strong Koreans in the running.

“This just makes me crazy,” Ryu said back then. “The biggest thing is the Korean media. If someone is going to make the Olympics, they're a great player. But if somebody cannot make it, they're a really bad player.”

Ryu didn’t make that team, but she went on to share LPGA Rolex Player of the Year honors with Sung Hyun Park last year. She also won her second major championship and ascended to world No. 1.

LPGA Hall of Famer Inbee Park was under fire going to the Olympics in Rio de Janeiro. She was coming back from injury and there was growing criticism of her. She was hearing clamor to give up her spot to a healthy player, but she went on to win the gold medal.

“I almost cried on air,” said Na Yeon Choi, a nine-time LPGA winner who was doing analysis for Korean TV. “Inbee had so much pressure on her.”

After the Koreans won the UL International Crown two weeks ago, there was as much relief as joy in their ranks. Though viewed as the dominant force in women’s golf, they watched the Spaniards crowned as the “best golfing nation” in the inaugural matches in 2014 and then watched the Americans gain the honor in 2016. There was pressure on the Koreans to win the crown at home.

“There were some top Koreans who didn’t want to play, because there was going to be so much pressure,” Kerr said.

Chun got the nod to join the team this year after Inbee Park announced she was stepping aside, to allow another Korean a chance to represent their country. Chun was the third alternate, with Sei Young Kim and Jin Young Ko saying they were passing to honor previous KLPGA commitments.

Chun went on to become the star of the UL International Crown. She was undefeated, the only player to go 4-0 in the matches.

“In Gee made up her mind to devote herself to the team and played with an extremely high level of passion and focus,” Won Park wrote in an email interview. “She took the International Crown as a war in her heart. She did not play, but she `fought’ against the course, not against the opposing team . . . During all four winning matches, she gradually found her burning passion deep in her heart and wanted to carry it to the LPGA KEB Hana Bank.”

Park explained he has been working with Chun to change her focus, to get her to play for herself, instead of all the outside forces she was feeling pressure to please.

“She was too depressed to listen for a year and a half,” Park wrote.

So that’s where all Chun’s tears came from after she won the KEB Hana Bank.

“All the difficult struggles that I have gone through the past years went before me, and all the faces of the people who kept on believing in me went by, and so I teared up,” Chun said.

“Although it will take some more time to fully recover from her mental struggle, she at least got her wisdom and confidence back and belief in her own game,” Park wrote. “This is never going to be easy for a 24-year-old young girl, but I believe she will continue to fight through.”