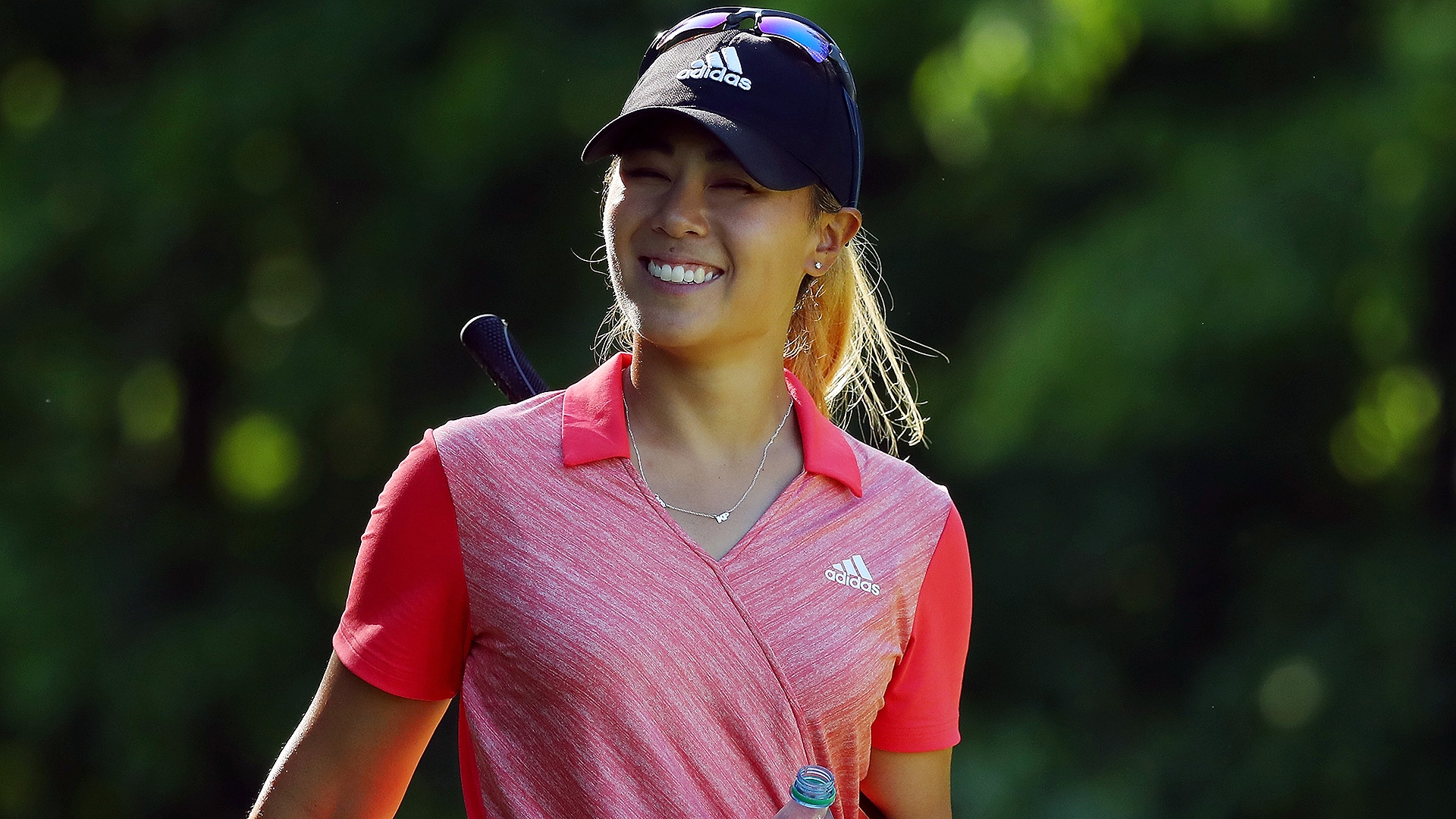 Her daughter was too driven, too frustrated trying to follow up her two U.S. Women’s Amateur victories with her first LPGA title.

Grace Lee knew what was driving her daughter to exhaustion.

“She struggled so hard trying to win for her dad,” Grace said. “It was something she felt like she really needed to do for her dad, and when she finally did, it was like she was a different person. She was reborn. She was free.”

Kang’s first LPGA victory at the KPMG Women’s PGA Championship last year was as liberating as it was fulfilling.

If you followed Kang’s breakthrough at Olympia Fields, you know the story. Her father, K.S., a communications executive, was also her caddie, toting her bag for her back-to-back U.S. Women’s Amateur victories, which stamped her as a future star when she turned pro. Her father followed her to the LPGA, but he died of lung and brain cancer during her second year on tour.

That drove Kang to want to complete the journey they started together, to win that LPGA title he didn’t get to see.

“She pushed too hard, worked too hard,” Grace said. “I would call her brother and tell him to make her stop practicing so much. It wasn’t good for her. She needed to rest more.”

It took Kang, 25, six exhausting seasons to break through to get that first victory. Danielle feels what Grace is seeing now.

“Winning has allowed me to be myself as a player again, to be free and play the way I want to play,” Danielle said.

Her older brother, Alex, sees it, too.

“She works very hard, and she wants to win,” said Alex, who plays on the Web.com Tour. “But it seems like she isn’t putting so much pressure on herself to win anymore. She isn’t burning herself out trying to win.”

Michelle Wie can see how winning liberated her friend.

“I think Danielle just feels more confident,” Wie said. “She just needed that validation, and I think having that validation is important. You put in all that work, and it's just nice to have something in return. It was a great moment for her.”

Kang’s story is still very much a family story.

Her father remains a strong presence in her life. The word “Dad” is tattooed on the edge of the palm of her right hand.

Kang lives in Las Vegas, but she takes day trips back to the Southern California home where she grew up. She will typically fly out at 5:30 in the morning and be back in Las Vegas by dinner time, or sometimes by lunch. She likes to go to visit her father’s tombstone in Glendale, Calif.

“I go just to sit there and talk to him,” Kang said. “I like to take naps there. It’s so peaceful.”

Kang says she never goes a day without talking to her mother or brother. Grace confirms that.

“Oh, she will call me 20 times a day, and I’m not exaggerating,” Grace said. “I learned I have to pick up, because if I don’t, she will call 911, thinking something’s happened to me. I had a police officer come knock on my door because I didn’t answer her calls. I told the officer I was taking a nap.

“I don’t know. I think there’s some insecurity, losing her dad, wanting to make sure her family’s OK.”

Danielle and her brother are just as connected.

“Alex will be standing in line a pizza place and call Danielle if he can’t decide between pepperoni or vegetable toppings,” Grace said. “They’re that close.”

Danielle says she keeps communication with her father going. She writes notes to him daily in a diary. And she will ask him things in her head, when she is playing, the same way Alex calls to ask her about pizza toppings.

K.S. is so deeply rooted in Kang’s upbringing in the game.

“I can still be very hard on myself, expecting nothing less than perfection,” Kang said. “So, when I’m getting down on myself, or I’m frustrated and don’t know what to do, I’ll talk to him. I’ll say, `Hey, dad, I’m not playing well.’ And I’ll remember things he used to say. It was never anything complicated, just simple things. He always knew what to say.”

Danielle hasn’t followed up her Women’s PGA title with a second victory yet, but she is getting herself in the mix more. She has four finishes of T-7 or better this year.

“Her game isn’t far off,” said David Leadbetter, her swing coach. “She could break out at any time.

“She has all the attributes of being a top, top player, and she knows she can play at the highest level. With the good memories there at the Women’s PGA, she could put it all together again this week.”