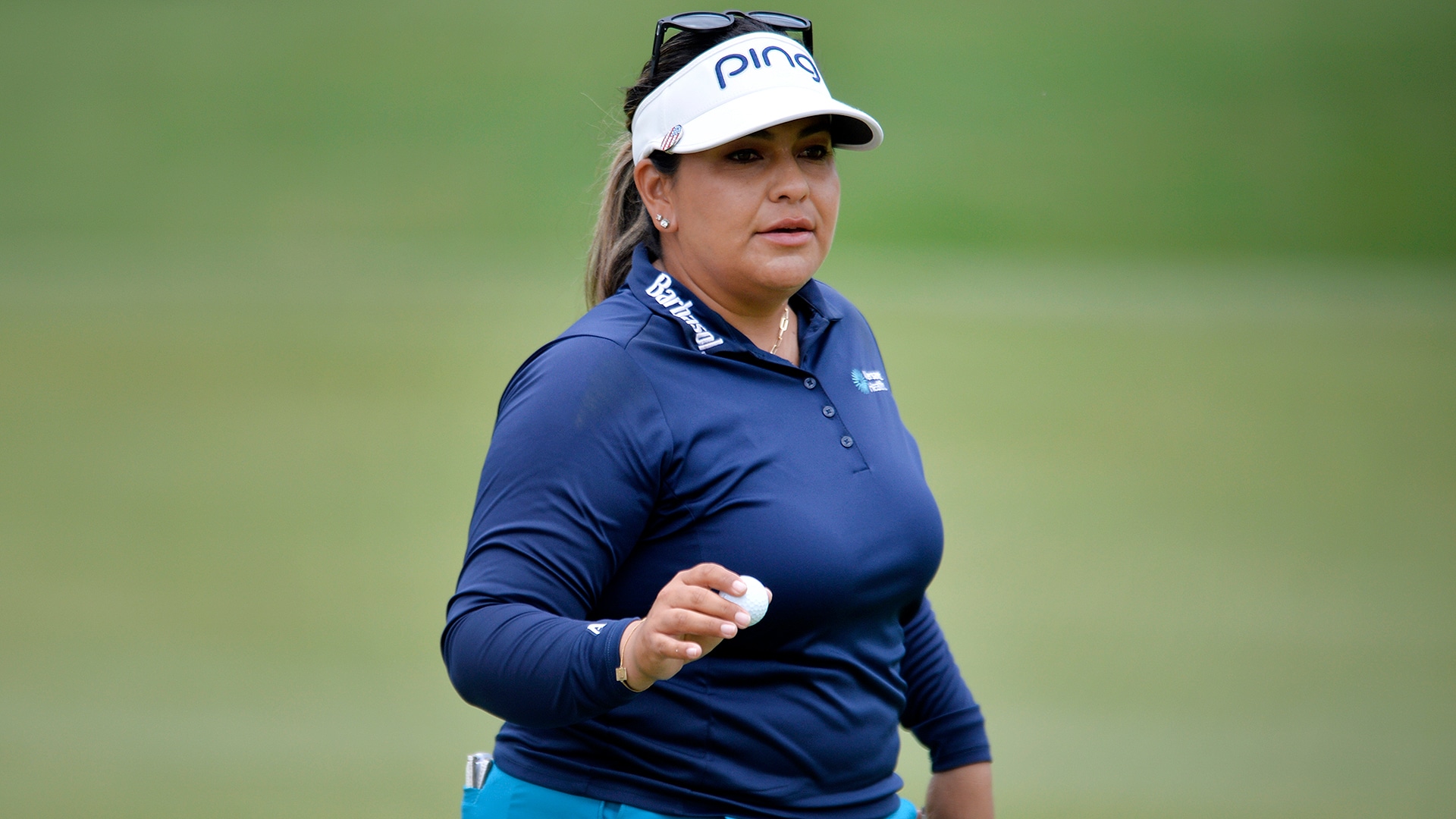 JOHNS CREEK, Ga. – To the avid golfer looking at the KMPG Women’s PGA Championship leaderboard, one might not think much of Lizette Salas’ 5-under 67, which gave her the early lead.

“It's been quite a roller coaster of emotion,” Salas said following her Thursday round. Excitement, anxiety and disappointment to name a few.

It began during the COVID-19 pandemic, when tournament golf was ripped away. For almost a decade, Salas had traveled for weeks on end, training and competing around the globe. Then, all of it came to a halt.

“I really didn't feel like myself in 2020, and I think with the whole COVID and not being able to work and have golf as my outlet, that really hit hard,” said Salas, who struggled with her identity during this time.

She was homeschooling her nephew, unable to play golf and couldn’t understand why she felt sorry for herself.

“Even a 31-year-old veteran out here, it's hard for me to communicate what I'm feeling,” she said.

When the LPGA Tour resumed play, after nearly six months, Salas did not feel in the right mindset and the results showed. She played 12 events and failed to record a top-10. She felt like she was constantly playing catch-up and was afraid to verbalize this fear.

“It was probably one of the lowest points of my career mentally,” she said. “When I saw that I wasn't getting the results I wanted, it ate me up. It was really bad. But also, I wouldn't ask for help. I was very stubborn. Instead of asking, I pretty much shut people out.”

It’s easy to bottle up emotions when you don’t think you’re supposed to feel them. That’s why mental health hadn’t been a hot conversation until athletes like Michael Phelps, Naomi Osaka and Bubba Watson made bold decisions to reveal their struggles. While they seemed to have everything going for them, few knew about the depression and anxiety they experienced.

“I was always hungry, hungry, and I wanted more,” Phelps told CNN in 2018. “I wanted to push myself really to see what my max was.”

But his intensity came with a price. After every Olympics, Phelps said he “fell into a major state of depression.” Phelps would sit in his bedroom not eating, barely sleeping and “just not wanting to be alive,” he said.

The most decorated Olympian of all time had pushed himself to extremes and completely neglected his mental health for years, until he felt worthless to the world. But for so long, nobody knew. For so long, countless athletes have experienced emotions they believed were unacceptable to talk about.

Now that a few have opened up, others are realizing that they are not alone. Osaka shared her anxiety with the media at the French Open. Michelle Wie West said she could relate. Matthew Wolff discussed his mental struggles at the U.S. Open. Bubba Watson, who had previously shared his, empathized. 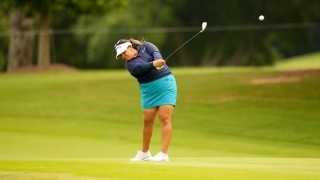 Americans Lizette Salas, Yealimi Noh and Cydney Clanton are all in great position to boost their Solheim Cup stock through 18 holes at the KPMG Women's PGA.

His word struck a chord with Nelly Korda. “We take golf so seriously when you're out here. You love it so much and you may say, Oh, like, it's just golf, but, I mean, definitely their words struck deep [with me] after missing the [cut at the] U.S. Open last week,” Korda said at the Meijer LPGA Classic, which she went on to win leading into this event.

Although more athletes have shared their mental struggles, it doesn’t make it any easier to share. How do you begin to explain thoughts to the entire world that cut so deep? "Everyone has their own timeline of sharing what they've gone through,” said Salas, “and I'm not going to lie. I'm a little nervous even talking about it now, but it's OK, and I'm in a much better place.”

We should appreciate those who have decided to be vulnerable about their struggles. It’s not easy. Nobody wants to feel like they are doing it for attention, nobody wants to be attacked. Everyone in that position, especially public figures like Phelps, Osaka, Wolff, Watson and Salas, wants to help others, wants to increase the mental health conversation so there can be a greater support system.

Salas is thankful for her family, coaches and everyone on her helped reignite her spark.

“I'm very fortunate to have a team that was willing to bend over backwards to help me and to get me to where I am right now,” she said.

During the Pure Silk Championship, two months ago, Salas began to see the light. It was her first top-5 finish since 2019.

“It actually was getting darker before it got lighter, and just being in that at Kingsmill, I had a lot of good memories,” she said, adding that old caddie John Killeen was back on her bag that week. “I had a new putter and new toys, and I was playing the golf I know how. That really just lit a spark in me.”

Right now, Salas’ biggest goal is to play the Solheim Cup, which would be her fifth consecutive if she’s selected.

“The Solheim Cup is always a goal, the big-time goal,” she said. “But in order to achieve that, you have to play well in majors. At the same time, there's little goals you have to achieve to get there. I think we're right on course.”

Although a rocky road, she has found a “new appreciation” for the people around her. Salas has her spark back, and now she’s ready to shine.