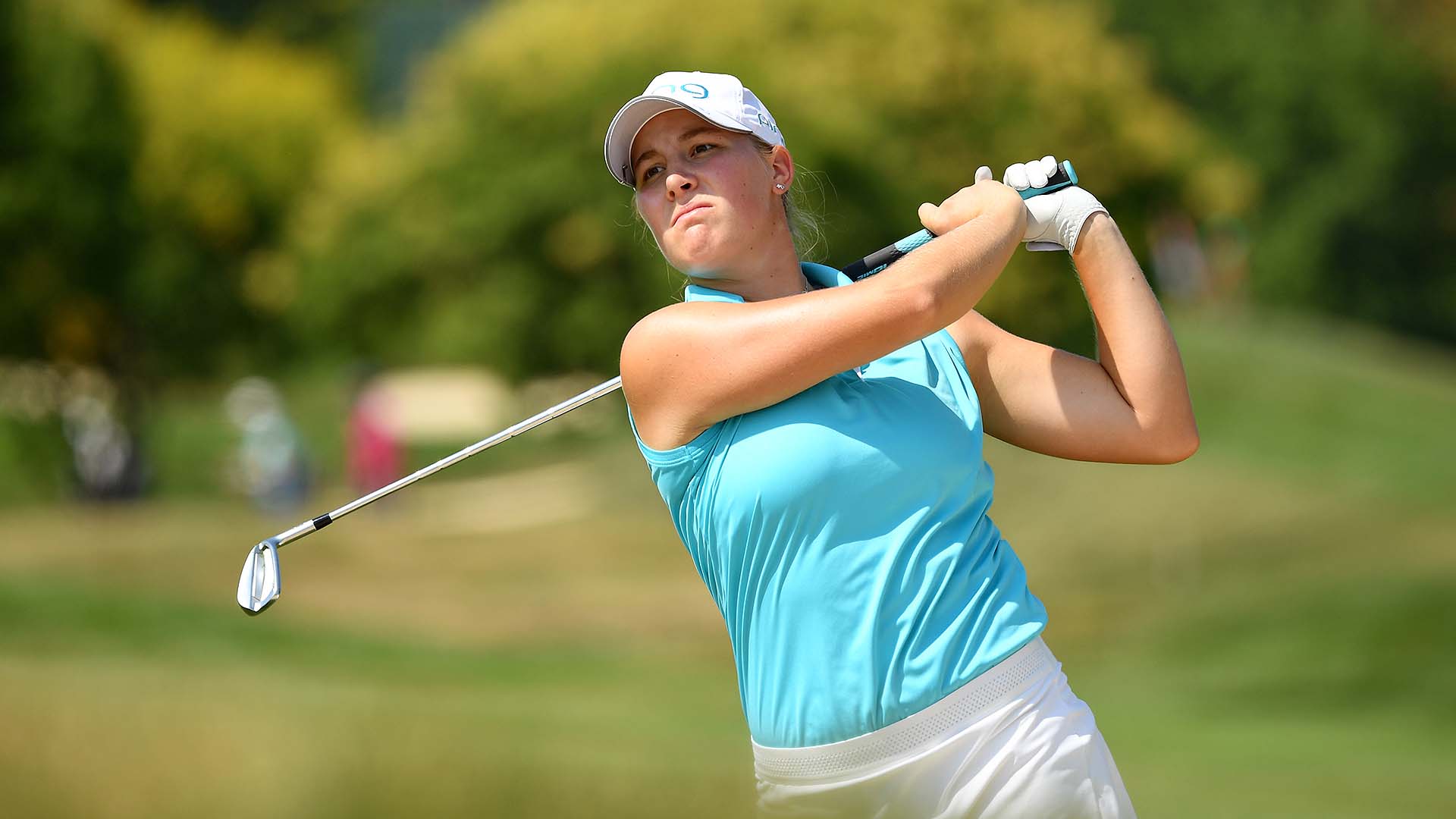 Jennifer Kupcho and Megan Khang are leading the U.S. effort at the Evian Championship.

Kupcho, the rookie who won the inaugural Augusta National Women’s Amateur, posted a 2-under-par 69 and sits tied for eighth, seven shots off the lead. Fellow American Megan Khang continued her strong bid to make the U.S. Solheim Cup team with a 67, moving her into a tie with Kupcho and two others.

Khang, 21, is holding the eighth and final qualifying spot on the U.S. Solheim Cup points list. With double points this week, she’s in position to move up a few spots in the standings. She’s looking for her third top-10 finish in her last five starts. She’s also looking for her best finish in a major. She tied for 10th in her last start in a major, the KPMG Women’s PGA Championship.

“Honestly, my game has been pretty strong right now,” Khang said. “I'm pretty happy with my ball striking at the moment, and I knew if I got a few putts to drop it can be my week. Overall, I’m just trying to get to finish at No. 1, but either way give it my best. And then wherever that ends up, it's good takeaway.”

Marina Alex and Ally McDonald are the next best positioned Americans, both in a tie for 17th. Annie Park, Brittany Altomare and Amy Olson are tied for 21st.

American Paula Creamer was the sole leader after the first round, but she stumbled after a weather suspension in the second round. After a 1-hour and 5-minute delay, she returned in heavy winds. She played the final six holes in 7 over and shot 76. She went from two shots back to eight back with that finish.

“Sometimes rain delays get you, sometimes they don't,” Creamer said. “Unfortunately, this time it got me.”

Creamer’s 73 on Saturday included a quadruple-bogey 8 that set her farther back. She has Sunday’s finish and next week’s AIG Women’s British Open as good opportunities to try to make an impression on U.S. Solheim Cup captain Juli Inkster, who has two captain’s picks to make.