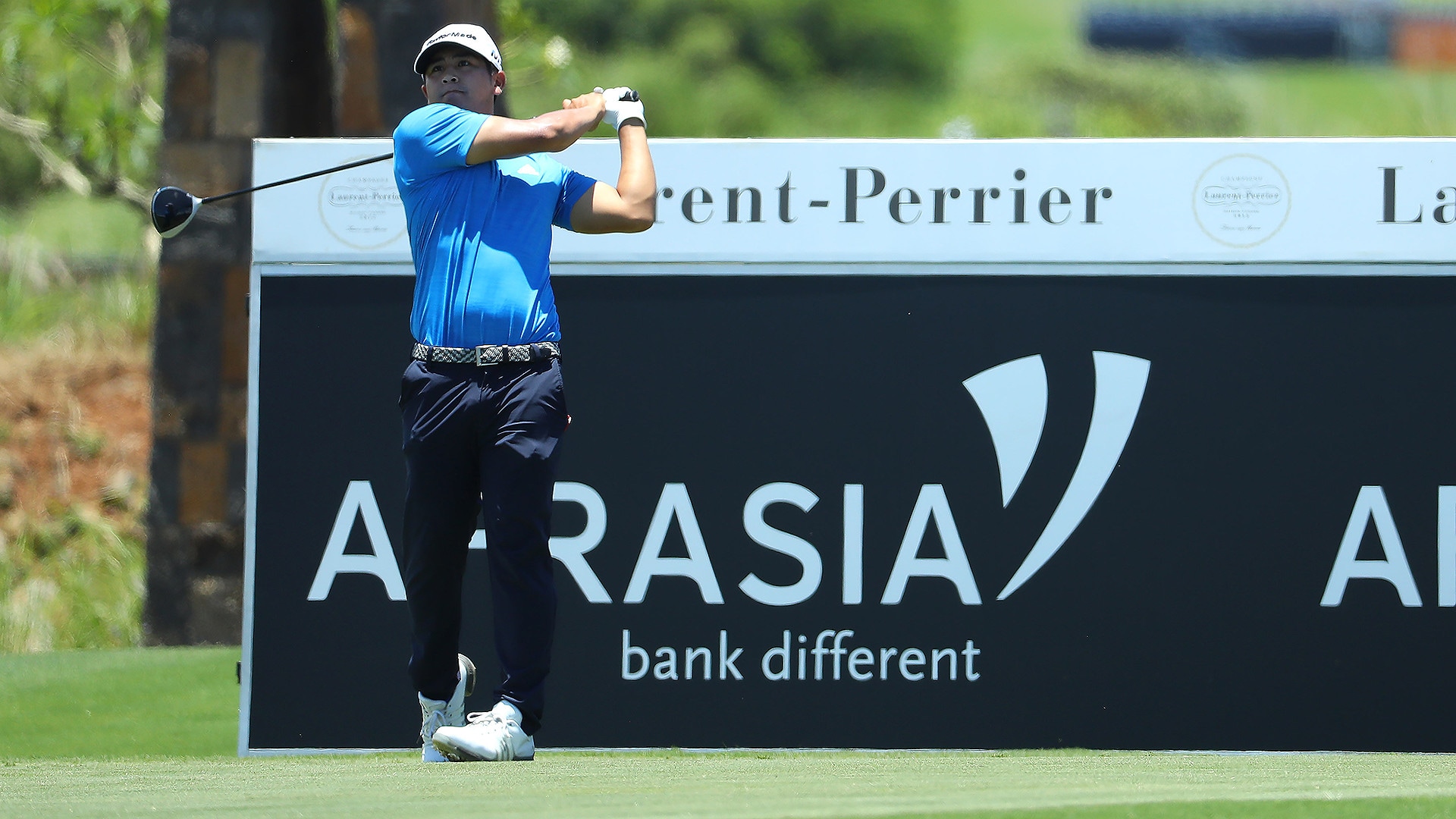 BEAU CHAMP, Mauritius – Kurt Kitayama opened a two-shot lead halfway through the Mauritius Open with a second successive 65 on Friday.

Kitayama moved to 14 under par overall and ahead of co-overnight leader Chikkarangappa S (68), who was alone in second.

Victor Perez (69), who shared the lead with Chikkarangappa after the first round, was tied for third, with fellow Frenchman Matthieu Pavon (66) a shot further back on 11 under.

Kitayama, who came through qualifying school to join the European Tour for the new 2019 season, made nine birdies. His only slip was a double-bogey seven on No. 2 at the Ernie Els-designed Four Seasons Golf Course.

The American responded to that disappointment, his only dropped shots of the opening two rounds, with a run of four straight birdies to get back on track.

Four-time major winner Els carded a 2-under 70 and was tied for 25th at 5 under overall.

The Mauritius Open is co-sanctioned by the European, Asian and South African tours.