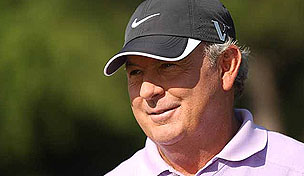 As the Champions Tour season gets under way this week in Hawaii, Golf Channel announced that former PGA champion Lanny Wadkins will return to the broadcasting booth in 2013, serving as the network's lead analyst on the 50-and-over tour's broadcasts.

Inducted into the World Golf Hall of Fame in 2009, Wadkins served as lead golf analyst for CBS Sports from 2002-2006. He won 21 times during his PGA Tour career, including the 1977 PGA Championship at Pebble Beach, and also captained the U.S. squad at the 1995 Ryder Cup.

'I'm excited to return to the broadcast booth and continue working with my friends at Golf Channel, talking about guys I played with and competed against for 40 years,' he said.

Known as one of the fiercest competitors on Tour during his playing career, Wadkins will be in the booth this week for the season-opening Mitsubishi Electric Championship at Hualalai, one of 22 Champions Tour events on Golf Channel in 2013. He will also appear on news and instructional programming throughout the year.

'Lanny was one of the greatest golfers of his generation, and we are thrilled to have him as a member of our Golf Channel family,' said executive producer Molly Solomon. 'I have been a fan of Lanny's for many years, and we look forward to his return to television and hearing his familiar voice each week on the Champions Tour.' 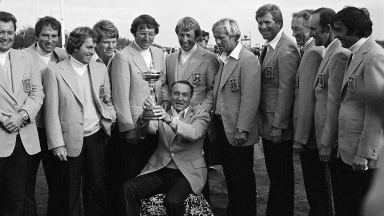 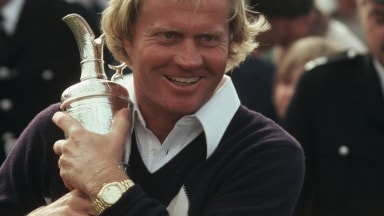 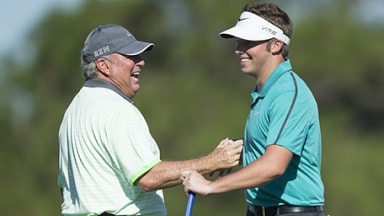 Lanny and Tucker Wadkins won the PNC Father/Son Challenge on Sunday with an eagle on the first hole of a four-team playoff.