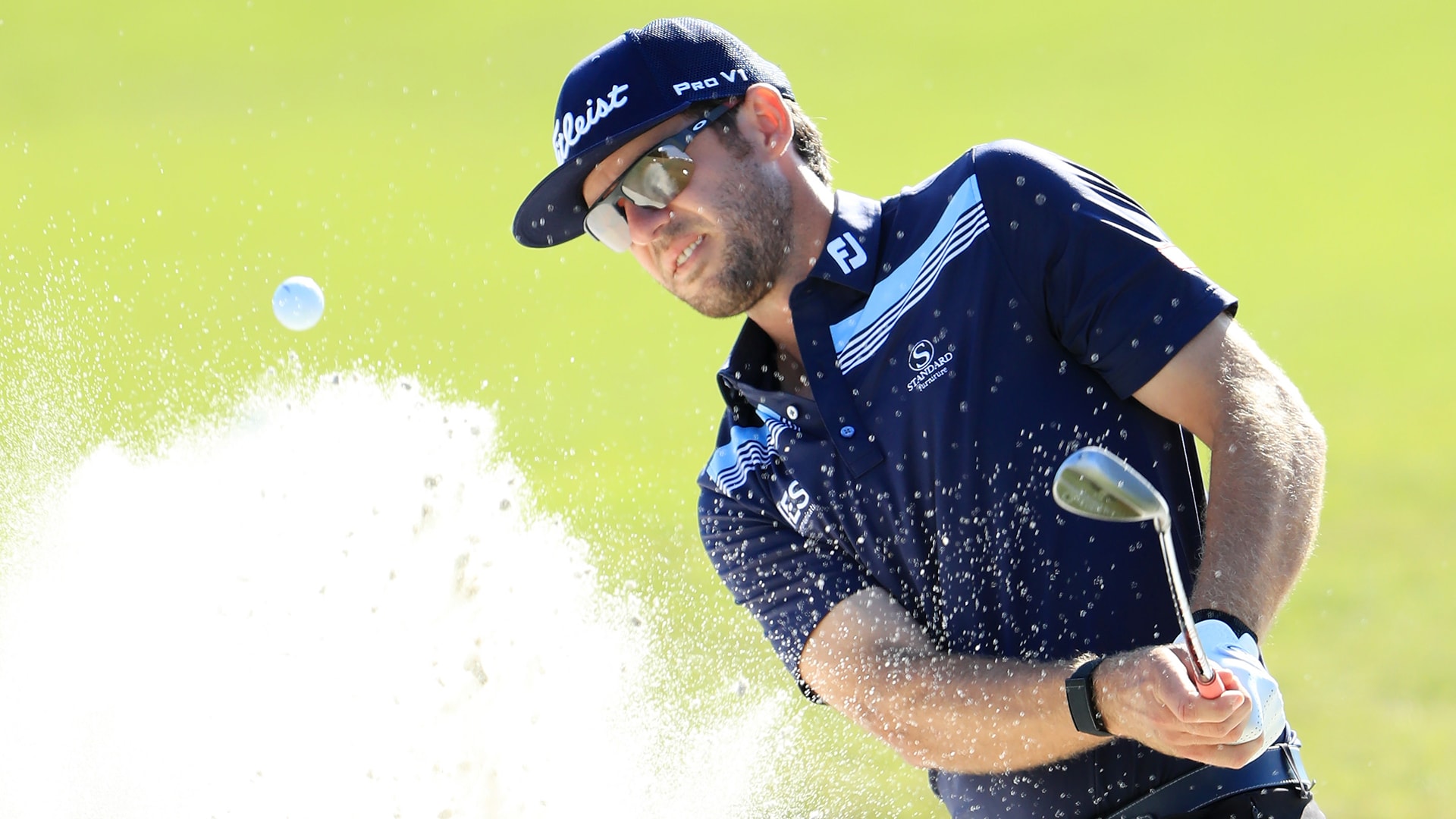 HUMBLE, Texas – Lanto Griffin recovered from a rain-delayed double-bogey finish to his second round earlier Saturday to post a 7-under-65 – the day's best score – and secure a single-stroke lead through 54 holes of the Houston Open.

Mark Hubbard is alone in second place at 10-under par after shooting a 69. The 36-hole leader, Peter Malnati, is one of three players two shots back. Malnati shot a 73, including bogeys on two of his first three holes and two of his last three.

Both Griffin and Hubbard are seeking their first PGA Tour titles as are Beau Hossler and Brandon Wu. Hossler fashioned a 68 and Wu a 69 to join Malnati at 9-under.

Six players are tied at -8, including first-round co-leaders Austin Cook and Talor Gooch.

The winner will receive $1.135 million. Griffin's earnings over 32 previous Tour starts - two back in 2011, 26 more in 2018, when he missed 13 cuts, and four this season - total $837,333. He has never led a Tour event through three rounds. However, he has played consistently well this fall and is the only player with four top-20 finishes.

Griffin, who shot 66 on Thursday before stalling to a second-round 74, said of the double-bogey finish on Saturday: "It was just cold and windy this morning and (the hole) played tough. I was frustrated and kind of (angry), but I turned it into a positive. It freed me up pretty good.

"My game the best it's ever been for sure. I'm playing really smart and my short game has improved a ton. That's always been my Achilles heel."

Griffin recalled a conversation he had with Greg Norman recently at a pro-am dinner "that really stuck in the back of my mind. He made the comment that he doesn't look at the guys that are winning and missing three cuts. He looks at the guys that are finishing 10th, 15th, 20th consistently. It's been a goal of mine this year. You don't have to be a hero necessarily to have a good, solid week."

The highest-ranked player in the field when the tournament began, Henrik Stenson at 37th, failed to make the even-par cut. Only two of the top 11 players on the leaderboard, Malnati and Cook, have even one Tour title.