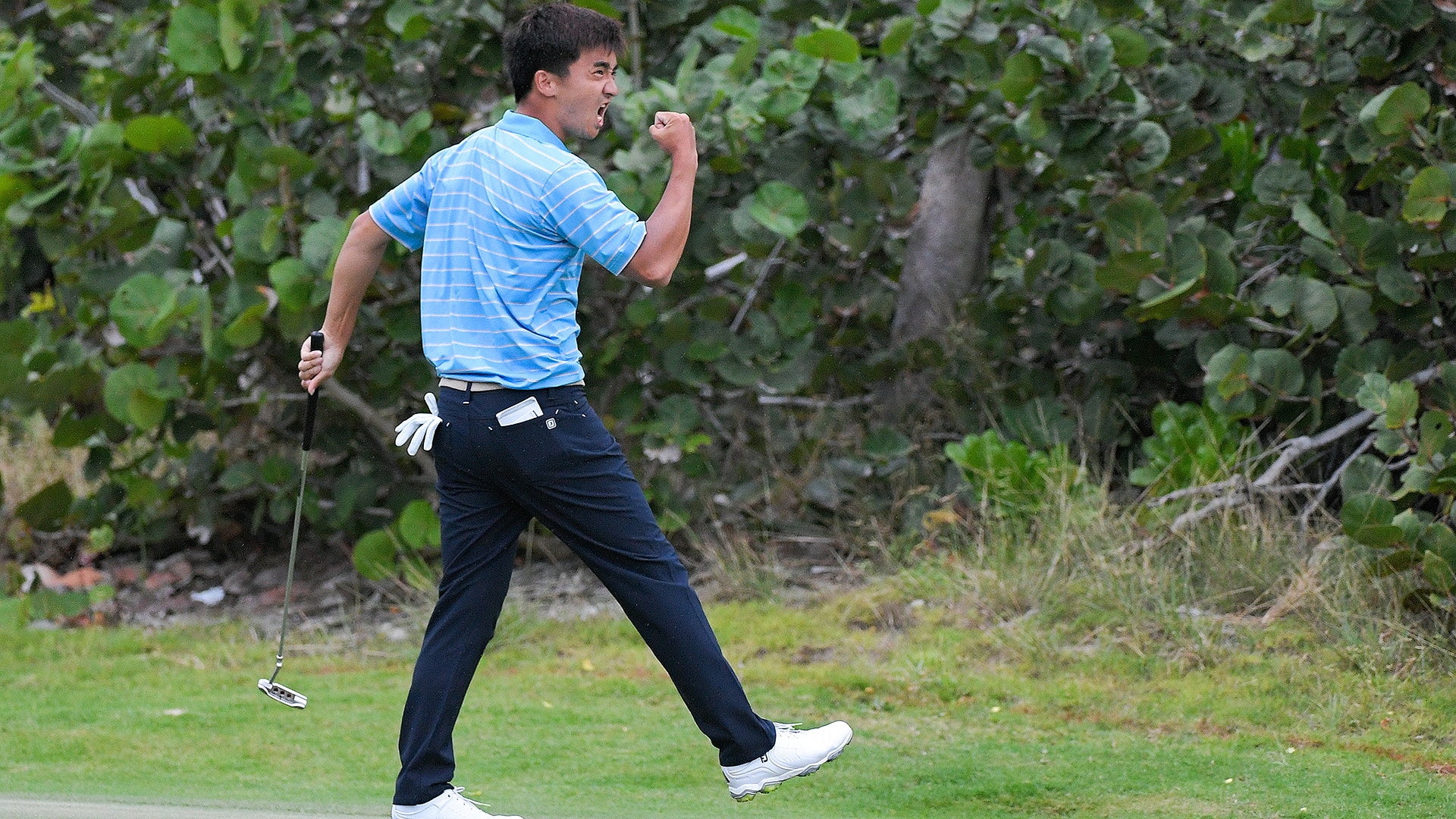 With one last birdie putt and an emphatic fist pump, Zecheng "Marty" Dou put an exclamation mark on the season-opener on the Web.com Tour.

Dou started the final round of the Bahamas Great Exuma Classic with a three-shot lead, seemingly in position for an easy victory to start the year. But he made three back-nine bogeys to let in his pursuers, and after dropping a shot on the par-5 15th he actually trailed Ben Kohles by a shot.

With Kohles in the clubhouse with a final-round 64, Dou turned things around just in time. Birdies on 16 and 17 helped him regain a one-shot advantage, and the 21-year-old rolled in a 50-footer on the final green that clanked off the flagstick and dropped to close out a round of 2-under 70. At 18 under, he finished the week two shots ahead of Kohles and Steve LeBrun.

"I just kind of stressed out a little bit," said Dou, who was 1 over on his round through 15 holes. "I knew there was a guy at 16 (under), so I knew I had to make birdie. I've got to be myself, and not be nervous. And coming down the stretch, I did a really good job."

It's the second career Web.com victory for Dou, who also won in 2017 en route to earning his PGA Tour card. He struggled last season as a rookie on the big stage, missing the cut or withdrawing in 19 of his 23 starts, but now begins a new campaign with a victory that puts him in position for a promotion in 2020.

"After I got my card, I started to let myself go," Dou said. "This year I won't be doing the same thing. I'll just keep on training myself hard, see where I can get to instead of just giving myself up after getting the card. So I'll be more in contention, hopefully, this year. That's my plan."

PGA Tour veterans Willy Wilcox and Rob Oppenheim were among a tie for fourth at 15 under, while Zac Blair finished alone in eighth place after a final-round 65. This is the first of two straight events in the Bahamas to kick off the Web.com Tour season, with the Bahamas Great Abaco Classic beginning Sunday.