BRESCIA, Italy — Laurie Canter is eyeing a maiden European Tour title after adding a second-round 68 to his spectacular opening 12-under 60 to keep the lead at the halfway stage of the Italian Open on Friday.

At 16 under, the Englishman leads by two from compatriot Ross McGowan, with South Africa’s Dean Burmester two shots further back in third.

“You can’t take your foot off around here, the scoring is going to be good, (and) a lot of good players behind,” Canter said.

He got off to a flying start on a gloomy day in Brescia, with three birdies in the first four holes. Another birdie at the ninth looked like setting him up to establish a commanding lead, but after a poor tee shot at the 11th led to a bogey, he lost his momentum before birdieing the last.

McGowan reeled off eight birdies in a flawless 64. 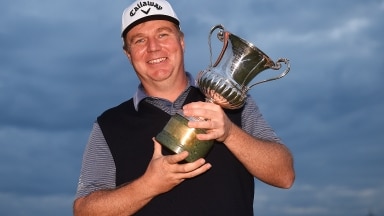 McGowan wins for first time in 11 years in Italy 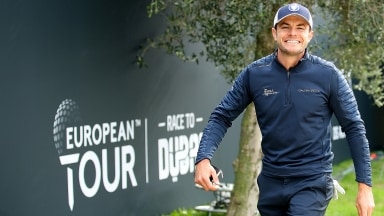 Laurie Canter shot a career-best 12-under 60 to open up a four-shot lead after the first round of the Italian Open on Thursday. 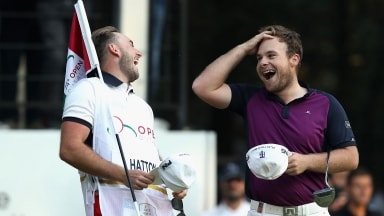 Fresh off his second win in as many weeks, Tyrrell Hatton decided to celebrate with a "dinner of champions" at Burger King.