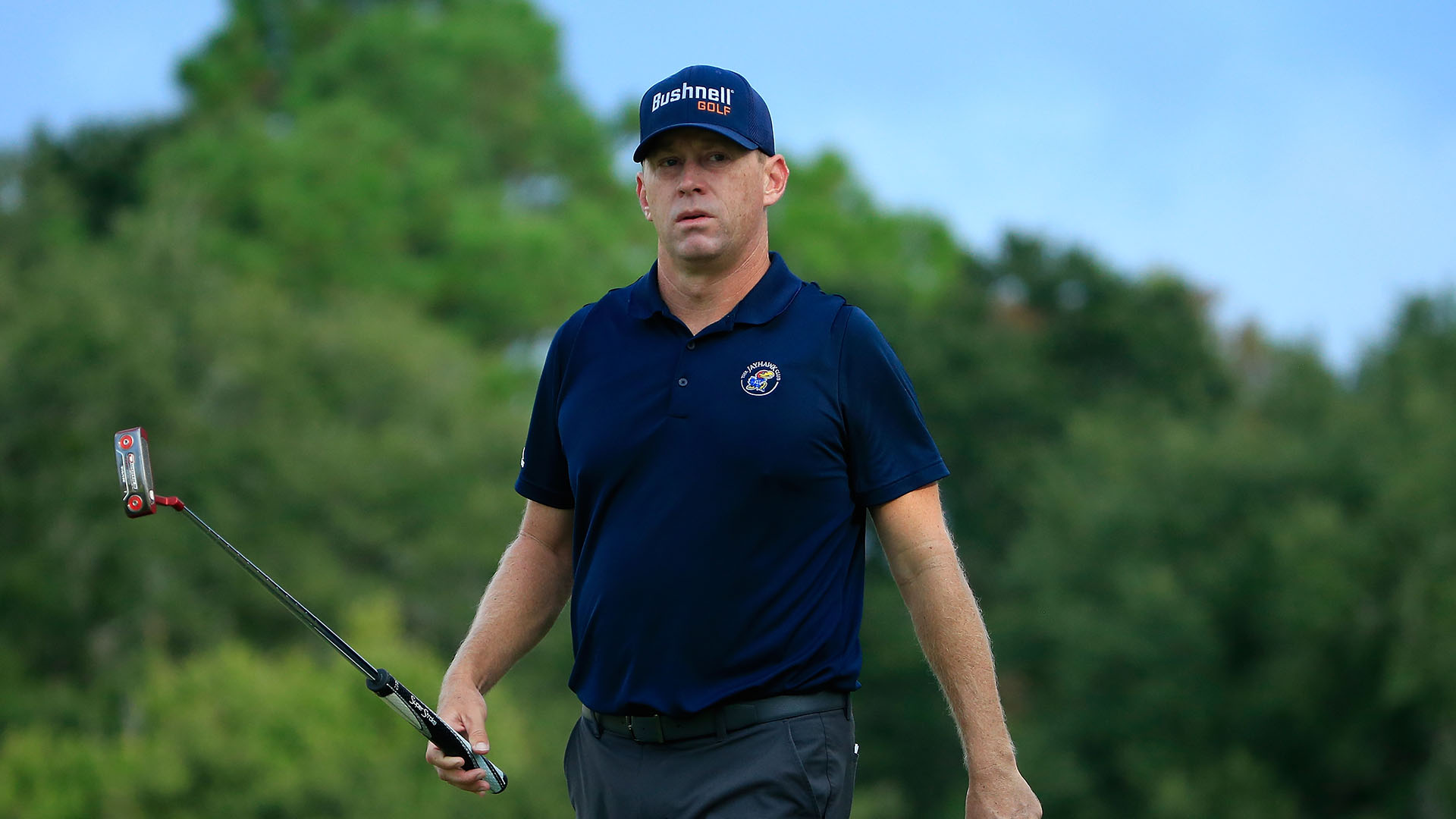 HONOLULU – Chris Thompson began his press conference Tuesday at the Sony Open with a predictable snafu.

“Rookie mistake,” he smiled after being told he needed to use a microphone.

In Thompson’s defense, the learning curve has been steep for the 42-year-old PGA Tour rookie. After three decades plying his trade on mini-tours from South Florida to Oklahoma, Thompson finally broke through last season on the Web.com Tour to earn his first trip to the big leagues.

Asked where he’s been playing since he graduated from Kansas, Thompson quipped, “Well, it's been 19 years, so how much time you got?”

After 18 trips to Q-School and a decade bouncing around the Web.com Tour, Thompson’s breakthrough came last year when he posted three consecutive top-5 finishes on the secondary circuit to secure his Tour card.

“Those are some pretty stressful rounds, but I was playing good golf,” said Thompson, who had made just two starts on Tour before this season.

Both of those events came in 2014 when he Monday qualified for the Byron Nelson and survived sectional qualifying to play the U.S. Open at Pinehurst, where he explained he endured a typical journeyman week.

“(Gary Woodland) was nice enough to let me fly out with him on his jet to Pinehurst, so we flew out of Lawrence (Kan.). It was two hours and like five minutes door to door. I was on the tee like three hours after we left Lawrence,” Thompson said. “I missed the cut and he made the cut so I was on my own to get back home. I drove the courtesy car up to Raleigh (N.C.); Southwest flight to Chicago; three-hour layover; get back to Kansas City, somebody has to come get me. It took like 11-and-a-half hours to get home.”

The Sony Open is Thompson’s fourth start on Tour this season. He's missed two cuts and was T-45 at the Sanderson Farms Championship.