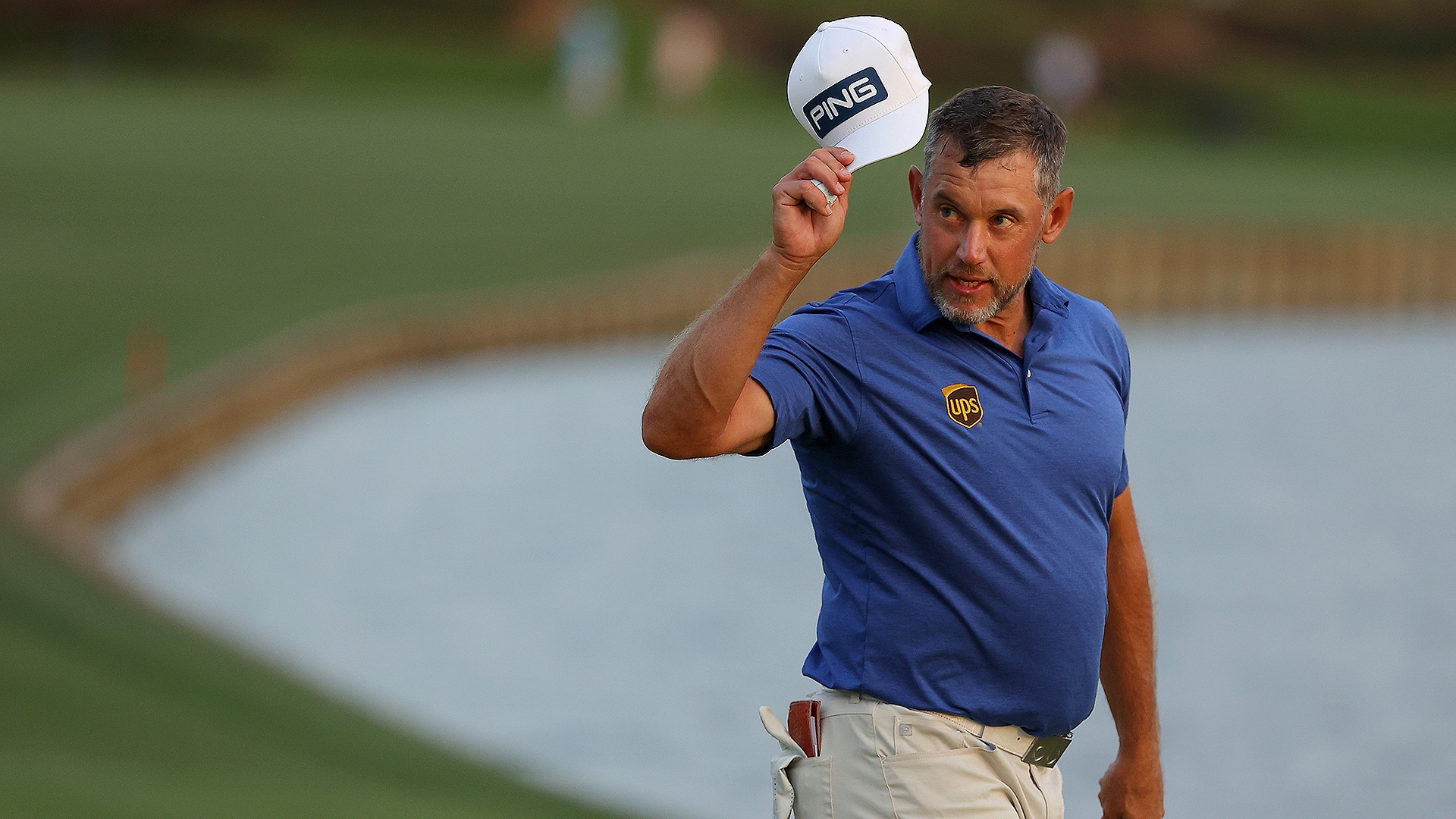 PONTE VEDRA BEACH, Fla. – Lee Westwood gets another shot at winning The Players Championship, and another crack at Bryson DeChambeau.

Westwood made a 25-foot birdie putt on the island-green 17th hole, and he closed out a 4-under 68 with a 5-footer for par to extend his bogey-free streak at the TPC Sawgrass to 44 holes.

It also gave him a two-shot lead over DeChambeau and set up a rematch from last week in the Arnold Palmer Invitational.

They were in the final group at Bay Hill, where Westwood took a one-shot lead into the final round only for DeChambeau to make a 5-foot par on the final hole to beat him by one on a big-hitter's ballpark.

“Round 2,” Westwood said with a smile.

The Stadium Course at Sawgrass is more about position that power, though DeChambeau appears capable of winning on just about any course at the moment. He ran off three straight birdies to start the back nine and was most excited about his 15-foot par putt on the 18th for a 67.

The 47-year-old from England had the 54-hole lead at Sawgrass in 2010 only to hit into the water on the par-3 17th to end his chances. He tied for fourth.

All these years later, he gets another chance and looks to be up to the task.

So does DeChambeau, going for his third victory this season.

He can't blast away at Sawgrass because of the bending tree-lined fairways and water hazards. But his power still comes in handy. With his tee shot buried in deep rough right of the 18th fairway, some 210 yards away, he ripped an 8-iron to just short of the green and set up his chance at par. DeChambeau twice pumped his powerful arms when it dropped. 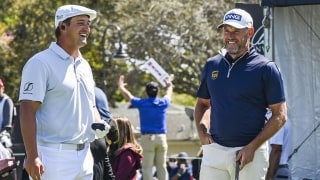 Lee Westwood and Bryson DeChambeau have the same odds to win The Players Championship entering Sunday.

“You've got to make those to win tournaments,” he said. “I didn't want to leave a sour taste in my mouth.”

Westwood has been around long enough to know that even with recent history of Bay Hill, DeChambeau is not the only one that figures to stand in his way, especially on a troublesome course like Sawgrass.

Saturday was evident of that.

Justin Thomas started the third round seven shots behind, opened with four straight birdies and then hit a 5-iron that stopped inches away on the par-5 16th that left him a tap-in eagle. He shot 64 and was three shots behind.

Paul Casey had six birdies and an eagle to offset his mistakes in a 67, leaving him four shots behind with Jon Rahm (67) and Doug Ghim (68), who is making his debut in The Players and was among seven players who had at least a share of the lead at one point.

Ghim was motoring along until one costly swing on the easiest hole, the par-5 16th. He came up well short in a bunker under a tree, tried to blast low under the limbs and caught the rough and wound up with his lone bogey.

Also four shots behind was Brian Harman, who began his day by holing a wedge for eagle and shot 69.

Sergio Garcia was five shots behind and still can't handle the short putts, including a 4-footer for birdie that missed badly on the low side at the 17th. He had to settle for a 72.

Westwood said this would be the biggest win of his career, and while there were times he chose not to play as a European Tour member, there is no denying the strength of the field – 48 of the top 50 players – and the nature of a Sawgrass course where fortunes can change with a single swing.

For DeChambeau, it's a chance to stamp himself as the favorite as the Masters nears, if he's not already. He won with power and putting at Bay Hill. He's having to rely on a little more this week, and says missing in the right spots has helped him avoid dropping more shots.