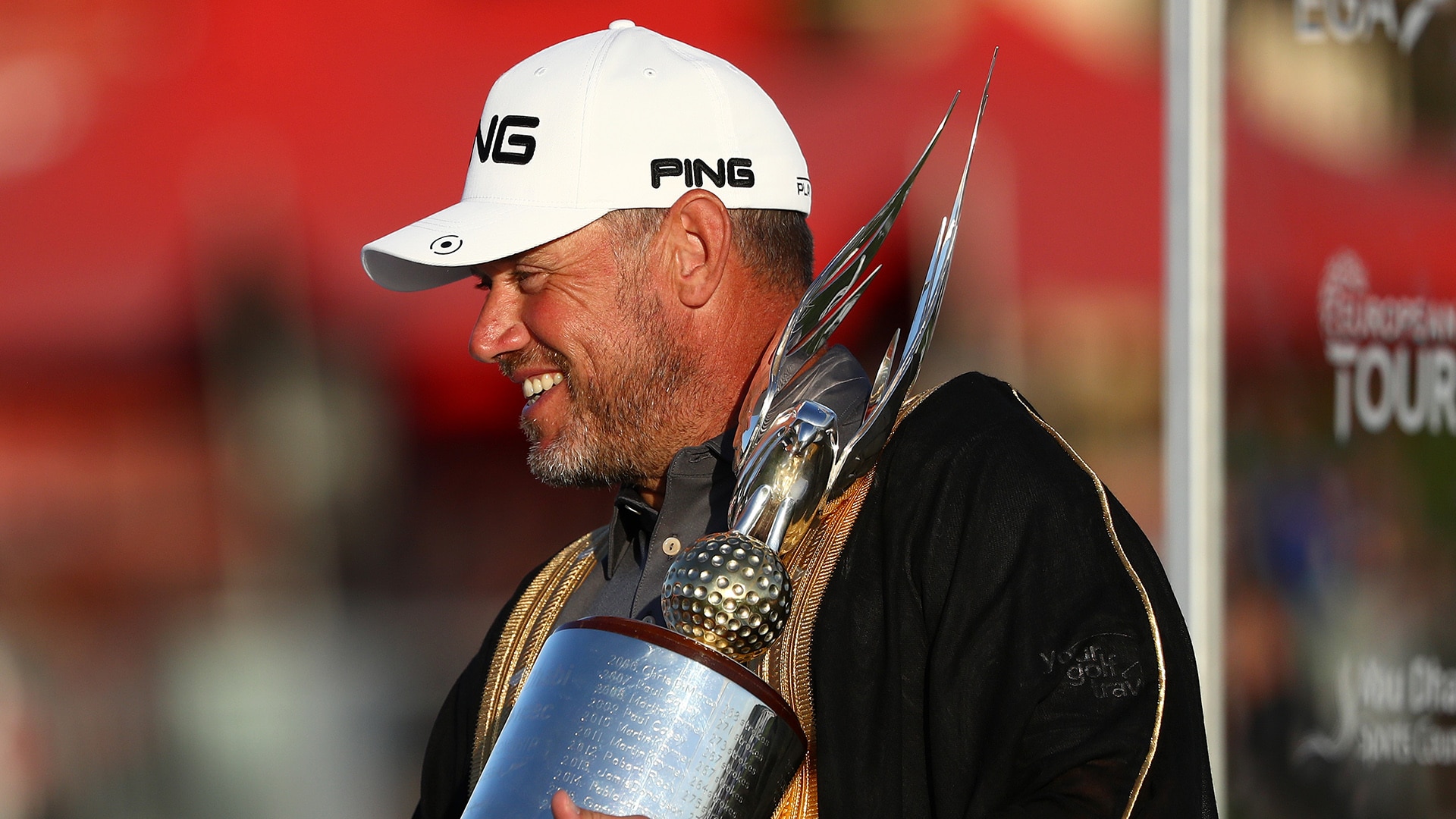 “I can't believe I'm that old,” said Westwood, whose first win came at the 1996 Volvo Scandinavian Masters. “It's getting harder. It's just nice to come out and keep proving that you've still got it.”

Westwood entered Sunday’s final round at Abu Dhabi Golf Club with a one-shot lead over Bernd Wiesberger and Francesco Laporta, who both combined to shoot 2 over and were never a factor.

Instead, Matthew Fitzpatrick birdied three of his first four holes to pull even with Westwood atop the leaderboard. Fitzpatrick would shoot 5-under 67 while two-time Abu Dhabi winner Tommy Fleetwood, who celebrated his 29th birthday Sunday, and Victor Perez each carded 63 to end up tied for second with Fitzpatrick at 17 under.

That total would be two shots shy of Westwood, who birdied two of his first three holes to grab the lead from Fitzpatrick and finished with a 67 of his own to post 19 under. Not bad for a guy who admittedly spent much of the past two months vacationing rather than practicing.

"I'm not going to lie, I didn't play a lot of golf coming into it," Westwood said Saturday. "Didn't know what to expect."

The two-shot triumph marks the second Rolex Series victory for Westwood, who also won the Nedbank Golf Challenge in November 2018. It also moves him back inside the top 50 in the Official World Golf Ranking. Westwood, who entered the week at No. 63, is now comfortably inside the all-important number, at a projected No. 29.

Westwood was already qualified for three of the four majors, including the Masters, but will be locked in for the U.S. Open and all the WGCs, as well.

There’s also the possibility that Westwood could make another European Ryder Cup team. Westwood has played in 10 Ryder Cups but didn’t get the call two years ago in Paris. That was the first Ryder Cup he had missed since making his debut in 1997.

“I'm not sure I can take any more Ryder Cups,” Westwood said. “I've played 10 and it was good watching the lads last time. But if there's a chance of that I might as well go for it.”